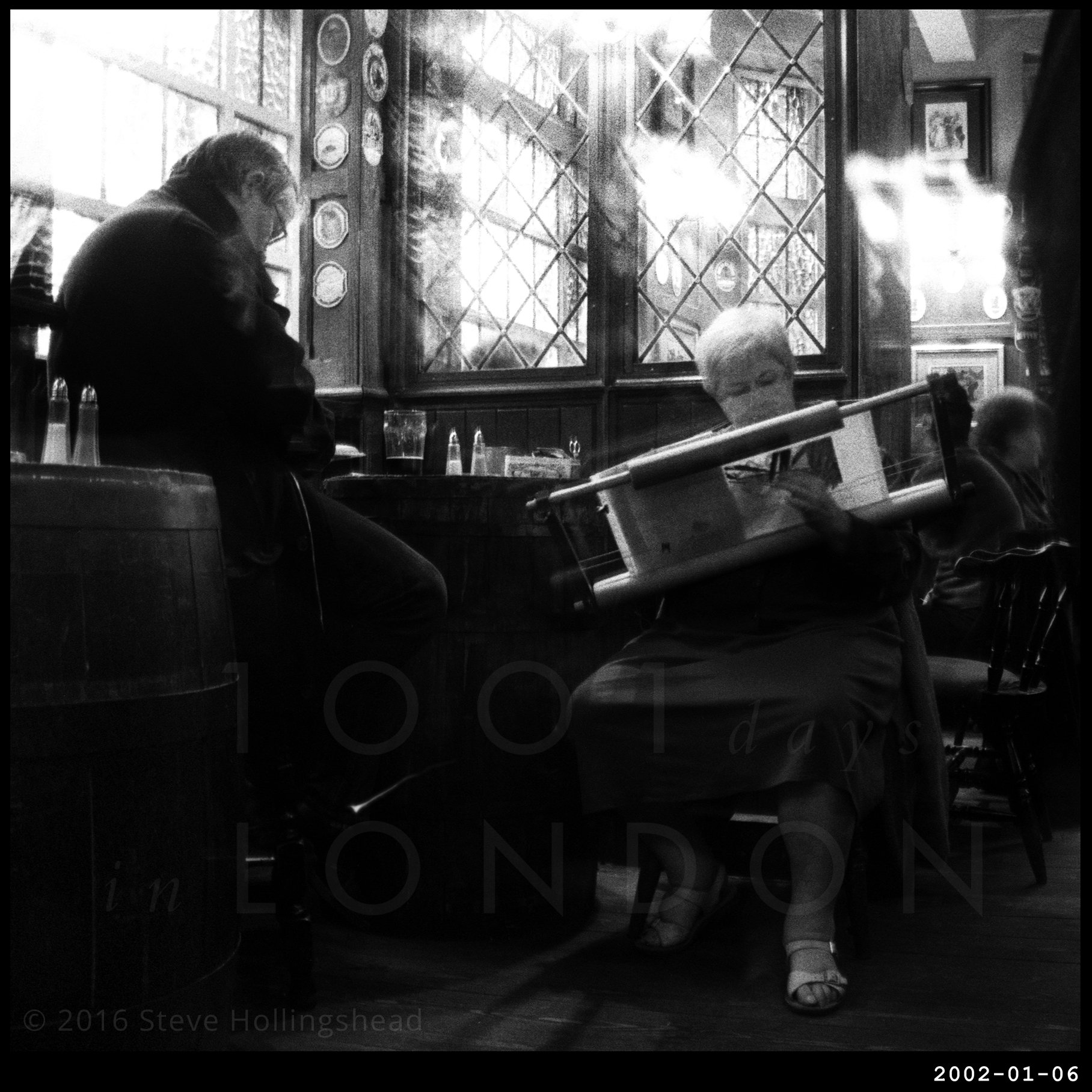 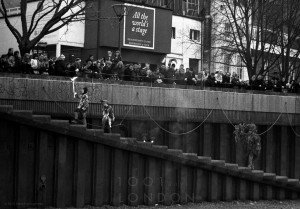 You’re unlikely to see this in a central London pub much these days – despite the current enthusiasm for all things Craft-ie – especially in this particular pub [although, with the market not open on a Sunday, it’s inevitably considerably less rammed than it usually is] – built originally to serve the local workers from the local market (it still opens at 6.00am on weekdays if you’re in the mood for a pre-breakfast pint), it probably thought its days were numbered following the closure of the docks in the 1980s and the gradual decline of the wholesale market. 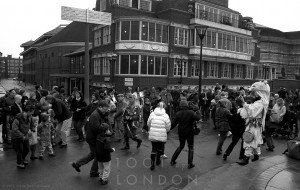 But then someone had the bright idea of bringing ‘Fine Foods’ to the area, and now you can barely get past the crowds to the front door on a Friday evening. Good selection of real ales, mind.

Anyway, we’re here on this particular day because it’s 12th Night and the Lion’s part are marking the event in traditional style in Bankside like they have been come rain or shine since medieval times [well, since the last millennium, at least]. 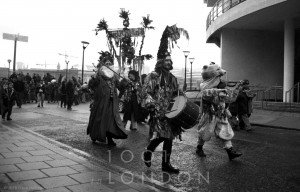 The tide’s not often this low, so the Holly Man’s arrival is slightly more mundane than usual. Also, back in the early days of this event, the Sunday afternoon riverside promenade wasn’t as de rigueur as it is these days, so most of the audience can actually see what’s happening. 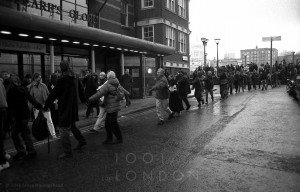 They’re also perfectly happy to have a bit of a dance, and then link hands for the procession to the George for more wassailing & mulled wine. Whether the wassailing is anything like this, we can’t tell you, for we’re in a different pub enjoying a spot of needlepointing, and we’ll no doubt find ourselves at the George on other years.