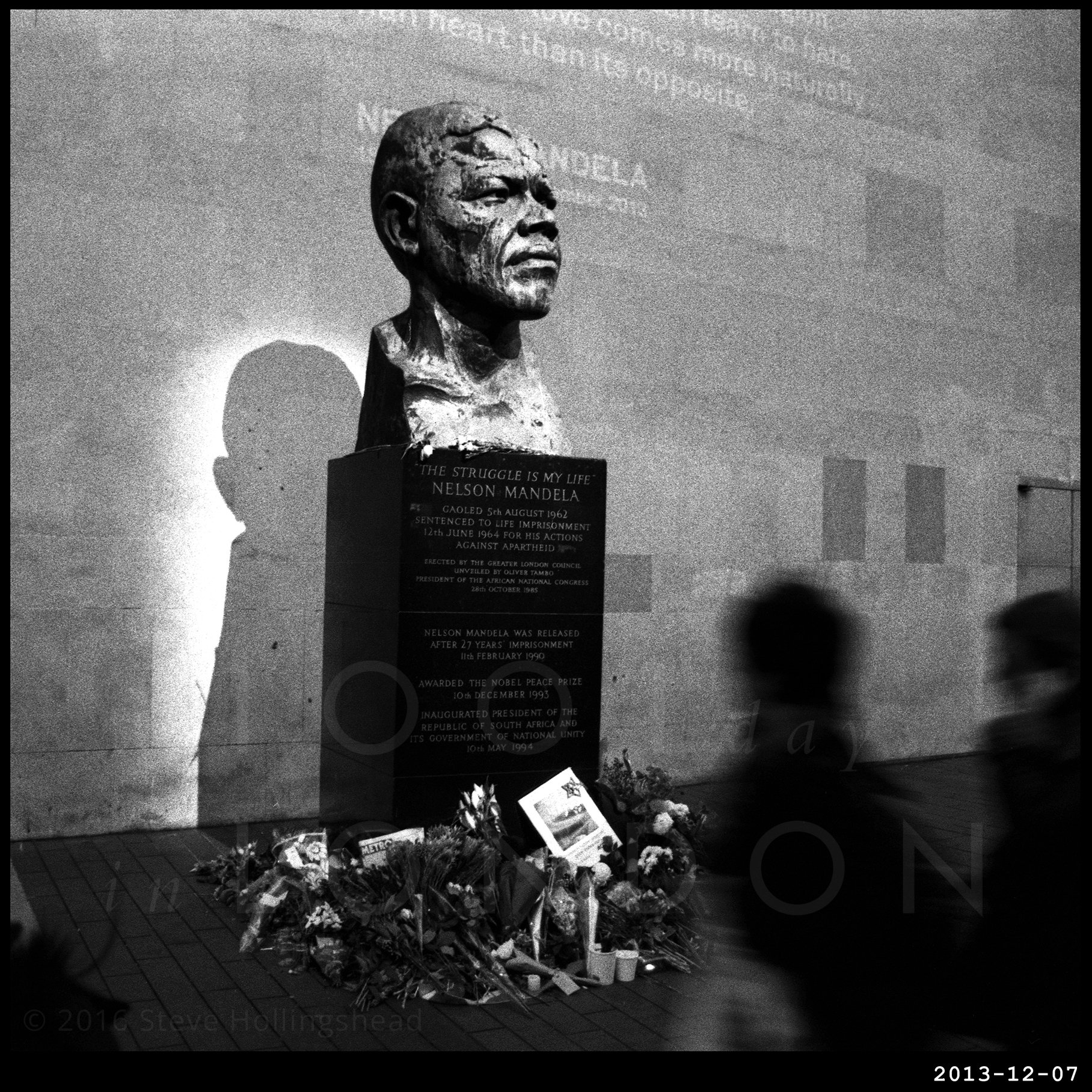 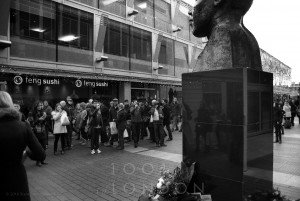 This iconic bust by sculptor Ian Walters, sited (to be honest) in a slightly awkward position to the side of the Festival Hall by Ken Livingstone in 1985 [why not the front, Ken?] has nevertheless become something of a shrine for the recently departed legend, helped by the introduction of some subtle lighting. He could have timed it a bit better, mind [‘Tragic’ though, Will? He made it to 95 didn’t he?]. 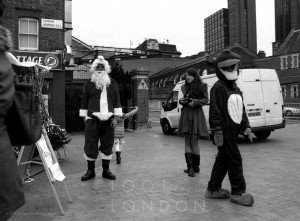 Meanwhile, It’s early December and after the phoney war that was November, it’s now officially Christmas Season, although, away from the main shopping districts and office party frenzy, enthusiasm/panic hasn’t really quite got into gear yet.

You do have to have some sympathy for Lower Marsh, though: despite being a ‘proper’ market street of no little character close to Waterloo, all efforts to bring the masses here on a weekend to challenge the mighty Borough Market up the road rarely manage to live up to expectations – now made even more difficult by the almost permanent foodie paradise behind the Festival Hall – or maybe we just came very late to their festive event. 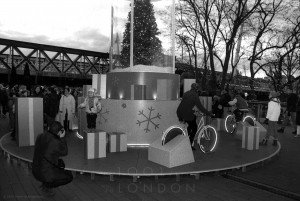 Admittedly, it’s none too wild up by the Festival Hall at the moment either, although the amazingly original idea of turning the riverside walk into a mock German Winter Market appears to be paying off, so let’s get into the Christmas spirit with some appropriate music.