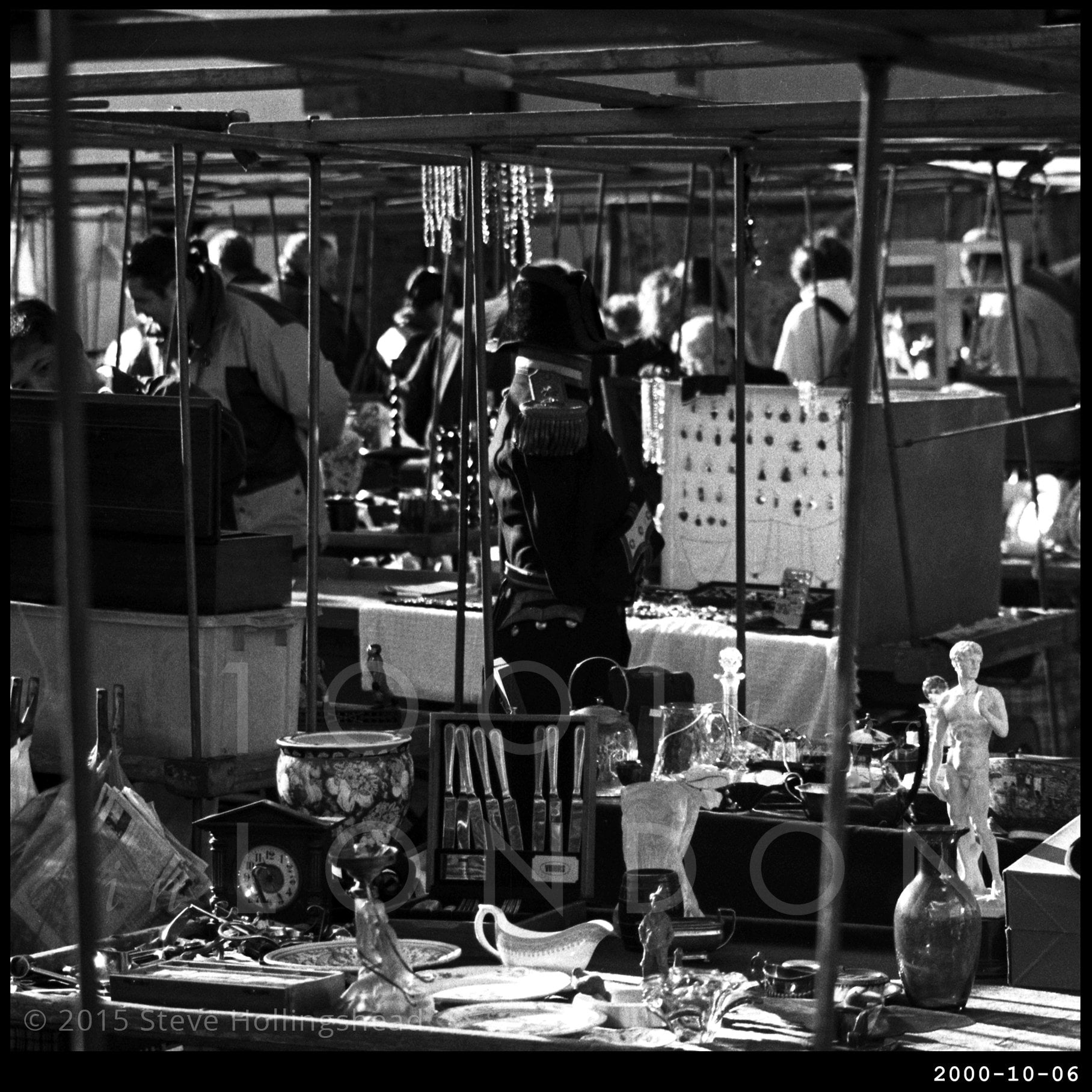 Well, this area’s changed a bit over the last fifteen years since this picture was taken. The endearingly ramshackle old square surrounded by old warehouses filled with a mixture of genuine collectibles and unwanted furniture that once a week housed a thriving antiques market has now become a smart upmarket square surrounded by hotels, restaurants and loft apartments that once a week houses a thriving antiques market – though maybe not as thriving as it used to be, at least it survived the massive redevelopment sweeping the neighbourhood. 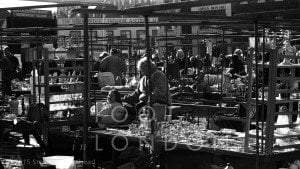 So, yes, it’s called the New Caledonian Market because its previous incarnation had to move out of Islington & thanks to Hitler’s massive bombing of the area & the decline of local industry after the war, there was plenty of space around this historic district (home of Bermondsey Abbey, extensive remains of which were unearthed during redevelopment of the square) just south of Tower Bridge. Anyway, there’s a lovely film from Shortwave about it here.

And then I was going to link to a delightful local clip from this film, but that seems to have been deleted. So we’ll have to make do with Dick Emery instead.