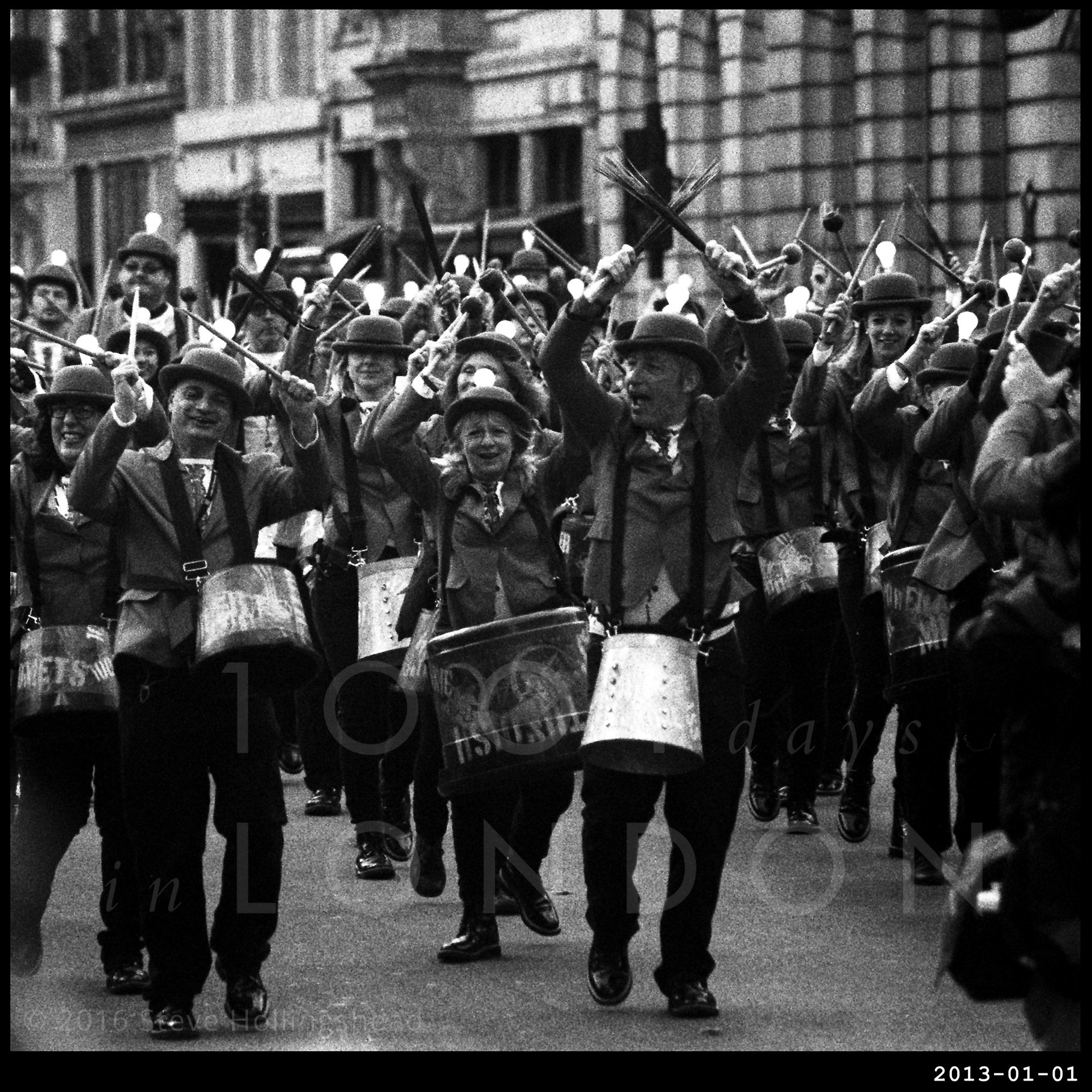 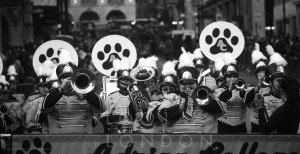 It has been known for one or two people to complain about the preponderance of US marching bands and cheerleaders filling out London’s New Year Parade, but let’s be honest: without them it would be a much shorter and duller experience, and who knows – maybe for some of the participants, their brief sojourn in London may have inspired them to a more global and less parochial view of the world. Well, maybe one or two?

Anyway, the only issue I have with many of these upstanding marching testaments to the Great American Education System is how po-faced a lot of them are [as opposed to the cheerleaders, who have to keep smiling or else their Grannies gets shot].

In stark contrast, here [11.12] we have this joyous and slightly chaotic ensemble, a genuine legacy from the London 2012 Olympics, whose light bulbs in their bowler hats are illuminated purely by the energy being generated by their enthusiastic wearers. Possibly. 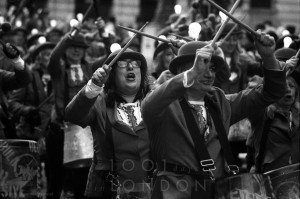 These are, of course, the Pandemonium Drummers, an assemblage of volunteers who were gathered together for the Industrial Revolution segment of Danny Boyle’s Opening Ceremony, and don’t seem to have stopped drumming since.

The ‘Pandemonium’ refers to the great changes the country experienced as it transformed from a rural idyll to an industrial powerhouse – it’s also the name of a not-enormously-factually-accurate Julien Temple film set in the same era. And it’s also what Milton christened the capiltal of Hell in Paradise Lost, so of course there’s bound to be an amiable little folk band with the same moniker.