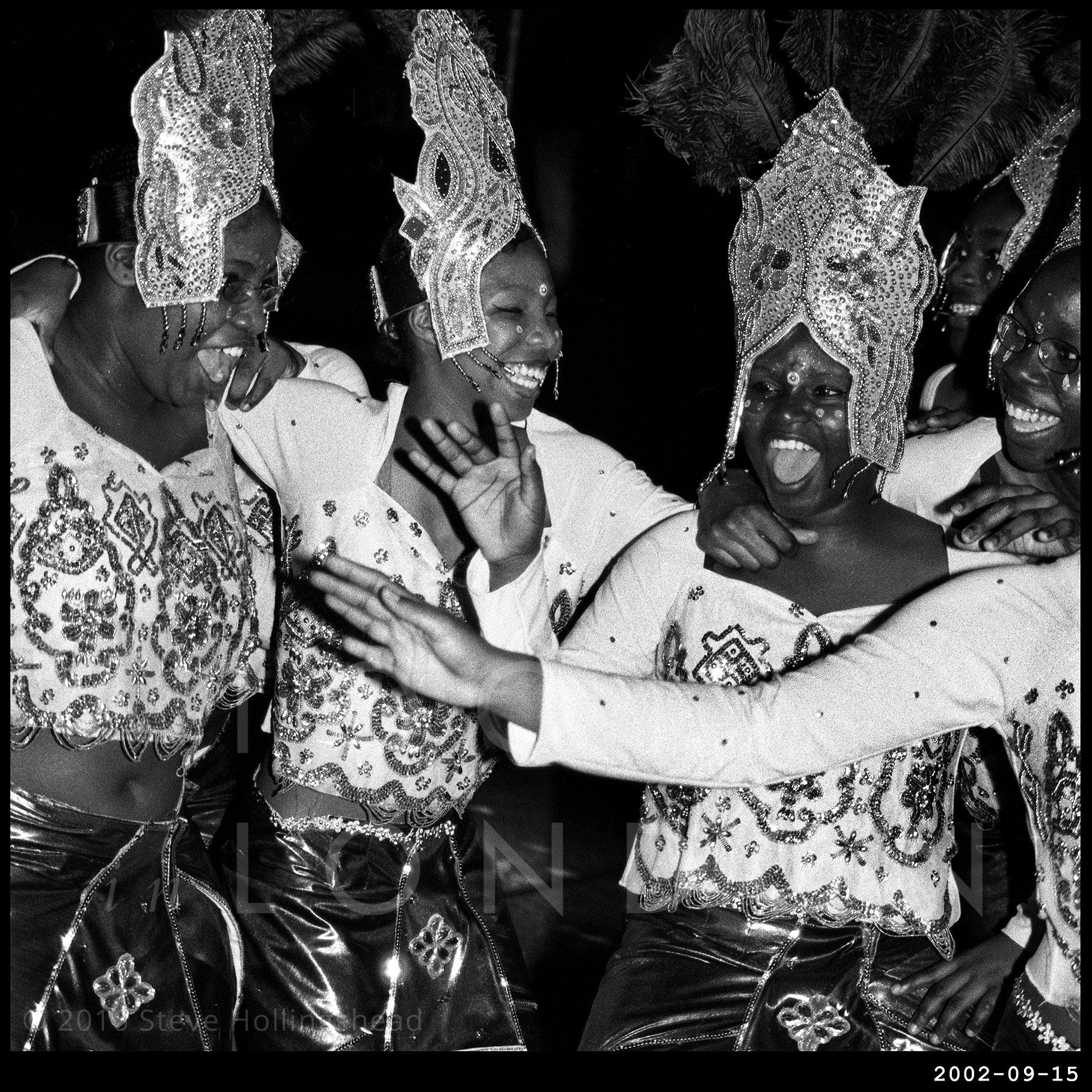 As one of the major annual events in London during the early years of the new century the Thames Festival is going to crop up on more than a few occasions during the course of this project (especially as it usually took place over two days). So… so far we’ve seen a dolphin and some steel pans. Jolly exciting, I know. Today we’re at the Night Carnival procession, which for many people is (well, ‘was’) the highlight of the whole weekend. 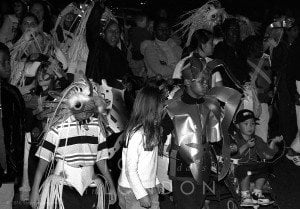 The procession actually starts before it’s properly dark, gathering along the length of the Victoria Embankment, though by the time the procession has found its way halfway across Blackfriars Bridge where most of the spectators have been patiently waiting, nighttime has comfortably descended. 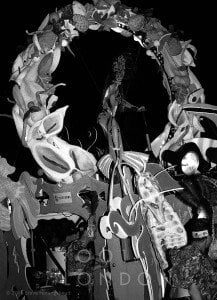 Comprising a mixture of the usual festival stalwarts, Carnival regulars, community groups – some of which will have been working on their presentations for months beforehand – and the odd special international treat, which this year comes in the form of a Japanese Matsuri Nebuta Float. 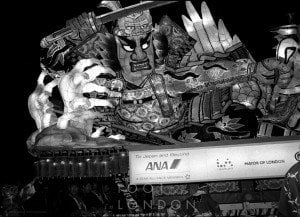 Obviously this being 2002, there’s not a lot out there to link to, so here’s the Nebuta on home turf, and here’s a procession from a few years afterwards.