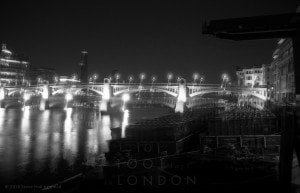 A bit of a promenade along the Thames riverside walk is now a standard activity for most London visitors [sometimes all at the same time, you’d think], containing as it does so many cultural landmarks and opportunities for civilised refreshment.

There is, however, another riverside walk that, admittedly, isn’t quite as blessed in the food and culture department as its southern neighbour, and is blighted for a long stretch by a ruddy great main road, but at least you don’t keep banging into people taking selfies, and parts of it are steeped in history, don’t you know. 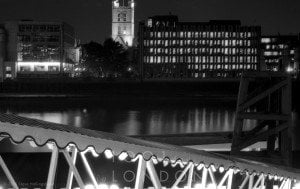 Take Walbrook Wharf, for example. Yes, it’s a dead sexy refuse-handling centre – the only part of London’s old docks still active, in fact (hence the ropes). However, nearly two millennia ago this was Roman London’s main river outlet. Next to it, where Cannon Street Station now sits, was the Governor’s Palace, and just behind was the pre-Christian Temple of Mithras. New developments [not one of Foster & Partners’ finest hours, if you ask me…] are constantly unearthing all sorts of goodies for the archaeologists. And we can save the Hanseatic League (which isn’t part of the FA’s pyramid structure as far as I know) for some other time. 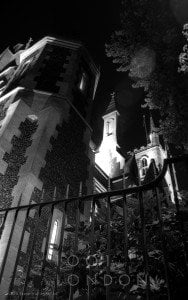 Anyway, we’ve been out for a few nighttime shots of the locality (well, here, Southwark Cathedral and London Bridge, anyway) as part of some Thames Festival research for that summer [in case you were wondering].

And we have Rudyard Kipling to thank for this…