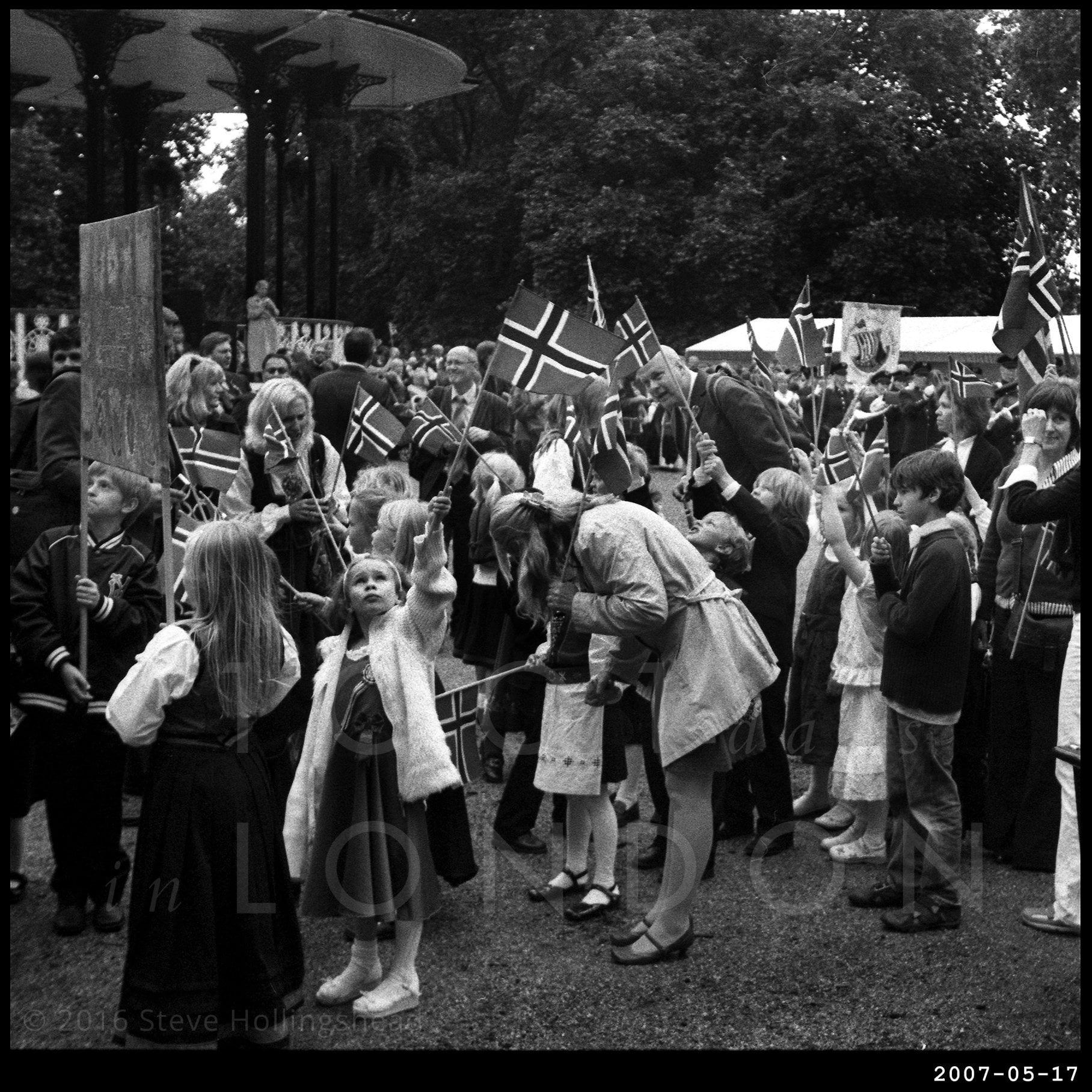 As mentioned before, Southwark Park in Rotherhithe (or Bermondsey if you believe the accuracy of tube station names) is a large and cherished green space near the river that would have been a popular respite for the thousands of dockworkers who lived, often in fairly squalid conditions, in the packed terraced streets of the neighbourhood.

There would also have been a fair number of Scandinavians, many of whom settled in the area where, from the early 19th Century, vast amounts softwood timber from Sweden, Norway, Finland & Denmark would be unloaded at Greenland and Surrey Docks. 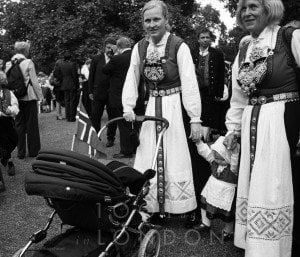 As we all know, the docks are long gone now, but nobody seems to have told the Scandinavians, whose long affinity with the manor (where there are still active churches and Mission Halls) brings them back each year for winter and summer fairs, and, in Norway’s case, the celebration of their National Day. 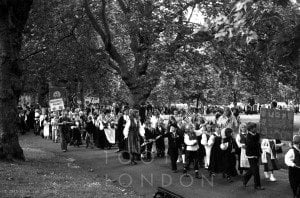 And this isn’t a small gathering – with many in national costume – taking part in a grand parade, enjoying picnics and traditional dance and music (why some end up at the Punch & Judy later on is anybody’s guess). This isn’t especially traditional, but be grateful I’m not linking to a certain department store Christmas ad instead.