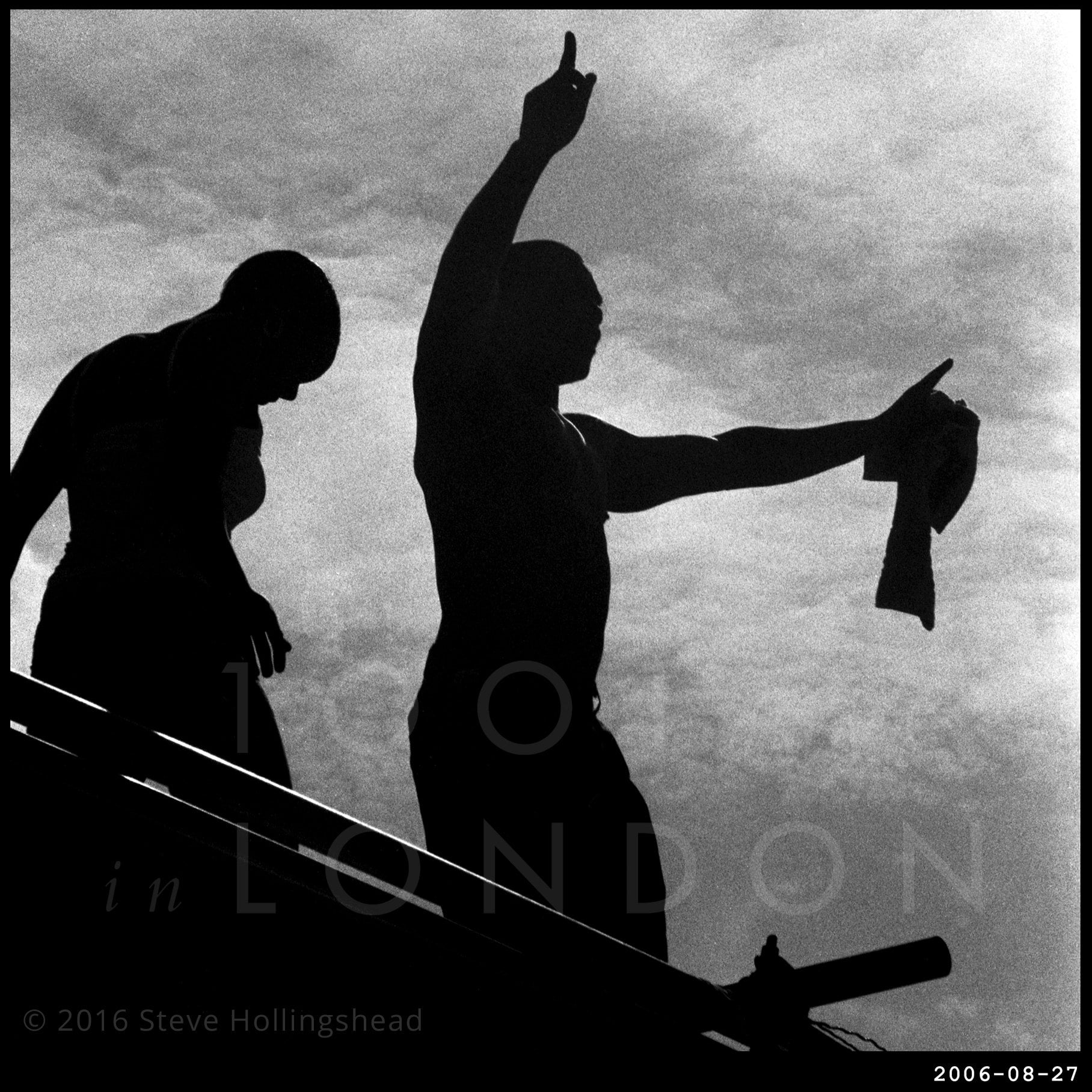 Sometimes even the most enthusiastic Carnival stalwart is likely at some point to find it all a bit, well, over-intimate at times: you want to carry on dancing, but it’s just way too crowded in front of the sound systems, a bit sweaty around the main stages and too chaotic trying to follow the carnival floats. So obviously the solution is to get on top of a float and enjoy proceedings from there. 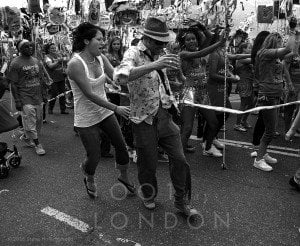 Of course, there are other options – buying a flat in the area purely to be able to get out onto the window ledge to display your cool attire may seem a bit extreme, but it pays dividends one weekend a year. Then, let the place out the rest of the time. 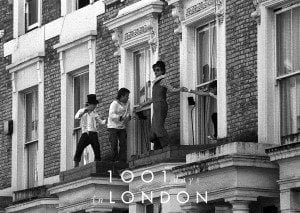 As mentioned before, the whole area is awash with music, people dancing, eating and wandering aimlessly looking for friends. This particular carnival was the 42nd, and the 30th since the notorious riots of 1976. By and large (ok, we won’t mention 2016) everything’s much more peaceful these days, though for some reason the local millionaire residents would rather it all happened somewhere else. You suspect it their wishes may be granted before too long. 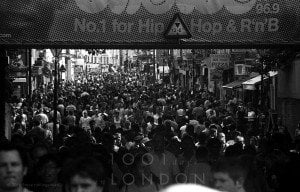 Anyway, the particular float on which our couple are gamely thrusting away belongs to the Ruff Diamond Explosion Mas Band, stalwarts of the carnival and part of a north London based performing arts organisation, and nothing to do with this.

Here‘s the team strutting their stuff at the 2008 Carnival, and here they are showing off their skills a long way away from Notting Hill at the Scoop by Tower Bridge.