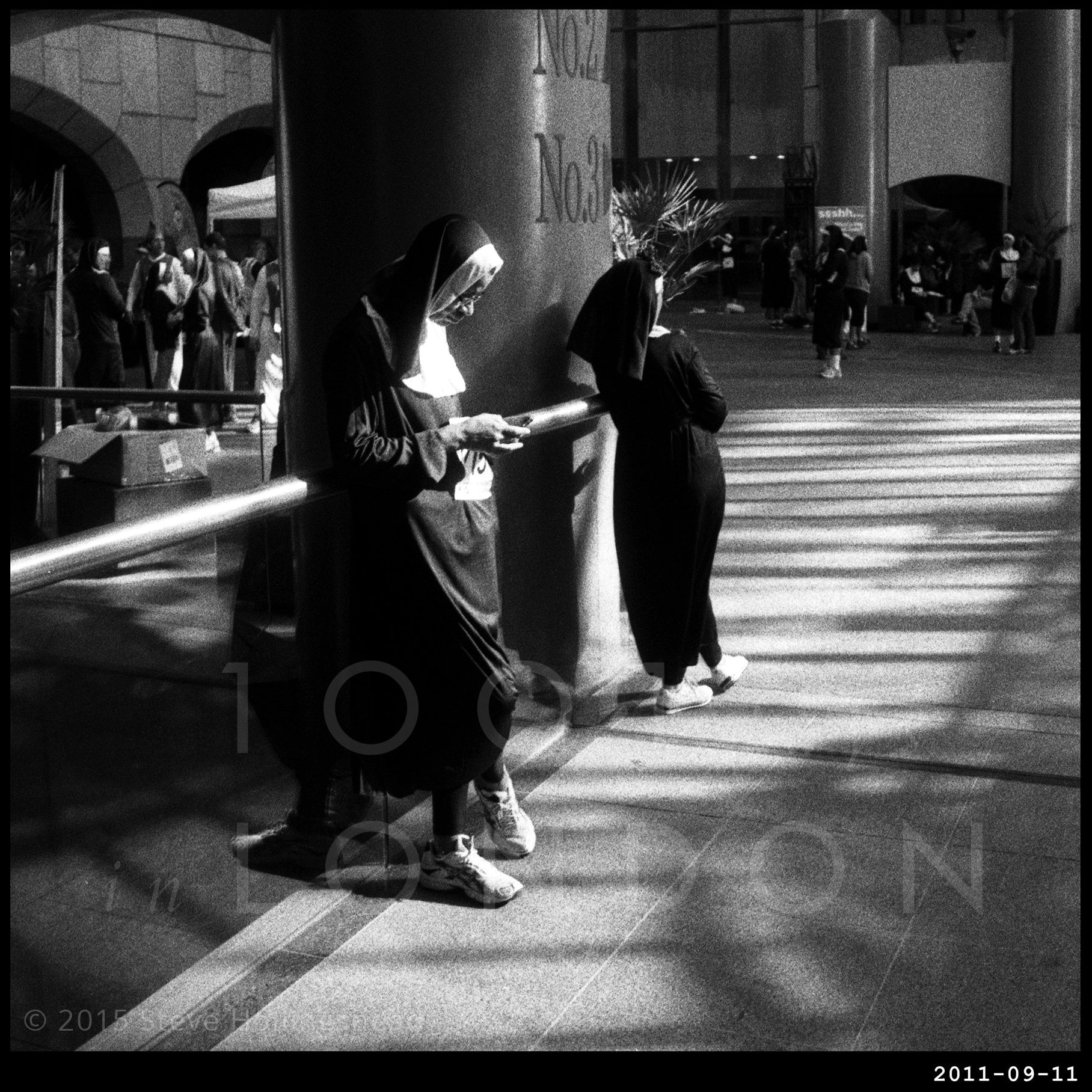 Mincing Lane, near Fenchurch Street, apparently derived its name from the Anglo-Saxon term for a nunnery – minchery – whether or not the organisers and participants at this particular event were aware of this little nugget, I’ve no idea, but if Dr Wiki says it’s so, it must be true. Anyway, I’m pretty sure it’s not named after this.

And here they gather in their hundreds at the not-quite-so-historic Minster Court for the start of 2011’s Nun’s Run – inspired by and directly associated with the musical based on the movie Sister Act, and, somewhat confusingly, nothing to do with the Eric Idle/Robbie Coltrane classic Nuns on the Run. 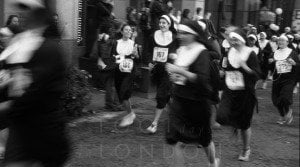 Not quite managing the popularity of the Great Gorilla Run, which also begins at Minster Court (& which we’ll come to at a later date…), the event seemed to peter out – in London anyway – once the musical moved on from the West End. Still it managed to raise a fair amount of money for Barnardos. And it gave me a fairly easy link to some music.

Thames Festival weekend: & the always-worth-the-wait Night Carnival Procession, which, of course, we’ll get to on another occasion, so there’s nothing really needs saying about this hungry looking fellow on his trusty steed.