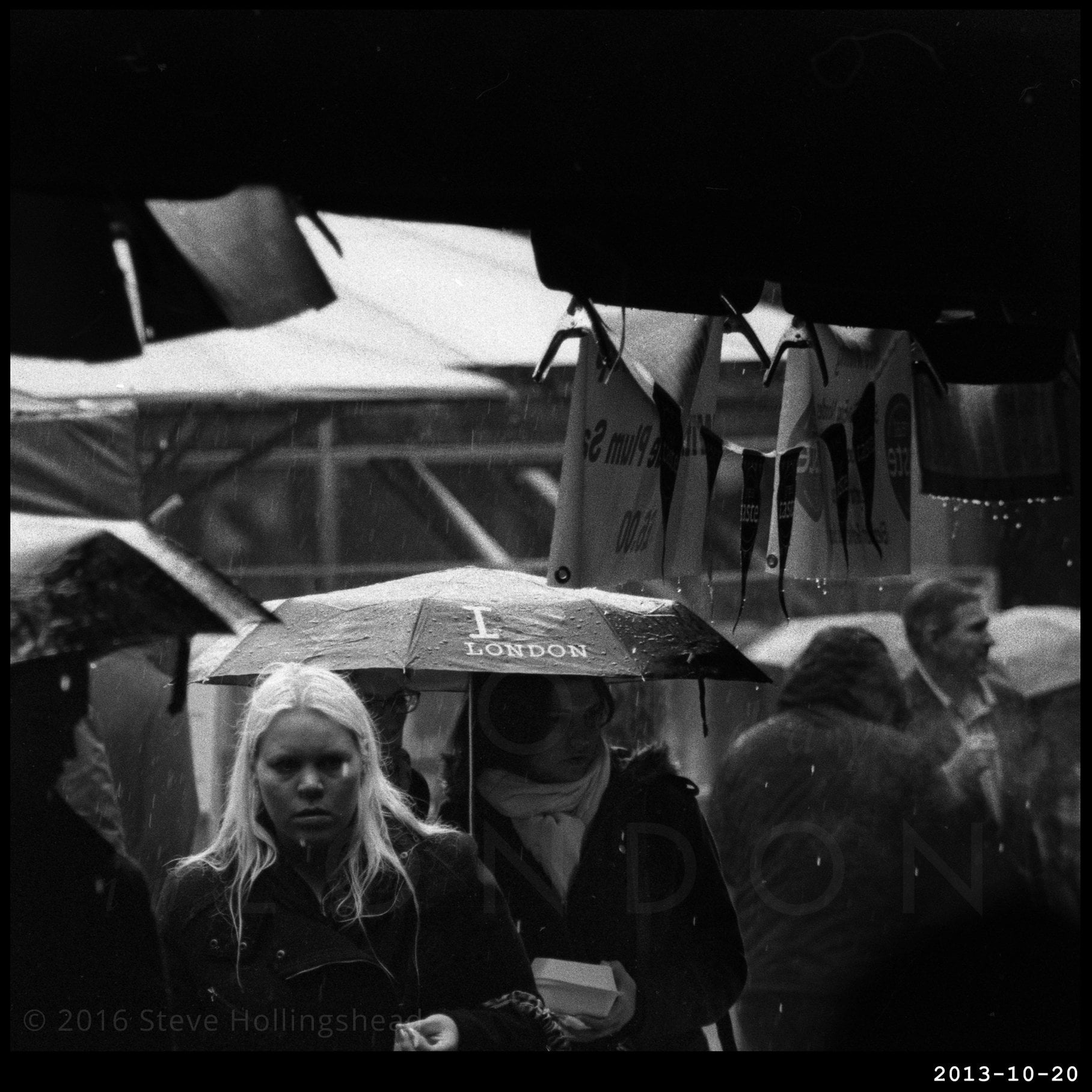 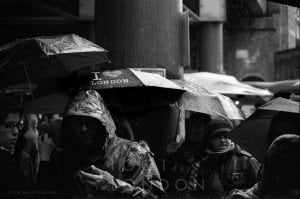 Shocking as it may seem, it does actually rain in London every now and again – in fact there are one or two examples in this project – just to demonstrate that despite what everybody tells you it’s not permanently sunny here in this town. [No, because it’s always foggy, isn’t it?]. 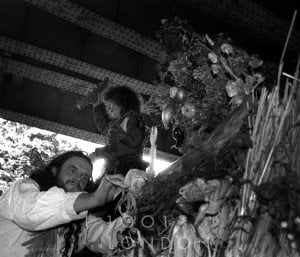 And another thing that annoys me is the ‘I ‘heart’ wherever’ malarkey: not just because it’s a lazy appropriation of a trademarked logo which ideally should only be used in reference to its original setting – somewhere called Ny apparently – but mostly because it’s cheesy and really doesn’t make sense […channeling my inner David Mitchell here…]. 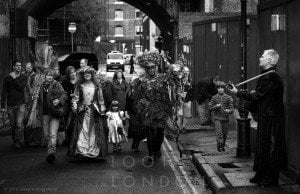 Anyway… here we are in Borough Market once more for another October Plenty celebration, which, despite the recently opened market extension is struggling to find enough space to entertain everyone comfortably, what with all those pesky market stalls and food all over the place. And a downpour. 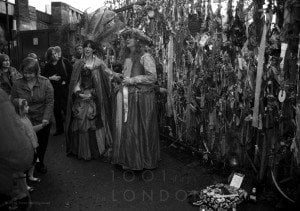 Much less claustrophobic is the ceremony across the road at the Cross Bones Graveyard to which the Berry Man leads a (still damp) contingent at the end of the festival. Here we share John Constable’s celebration of the ‘Geese’ buried here behind the gates, and, well just about everything you need to know about the place and the ceremony is on the website here, so there’s little point in my adding anything else, apart from a lovely mournful song about the rain.