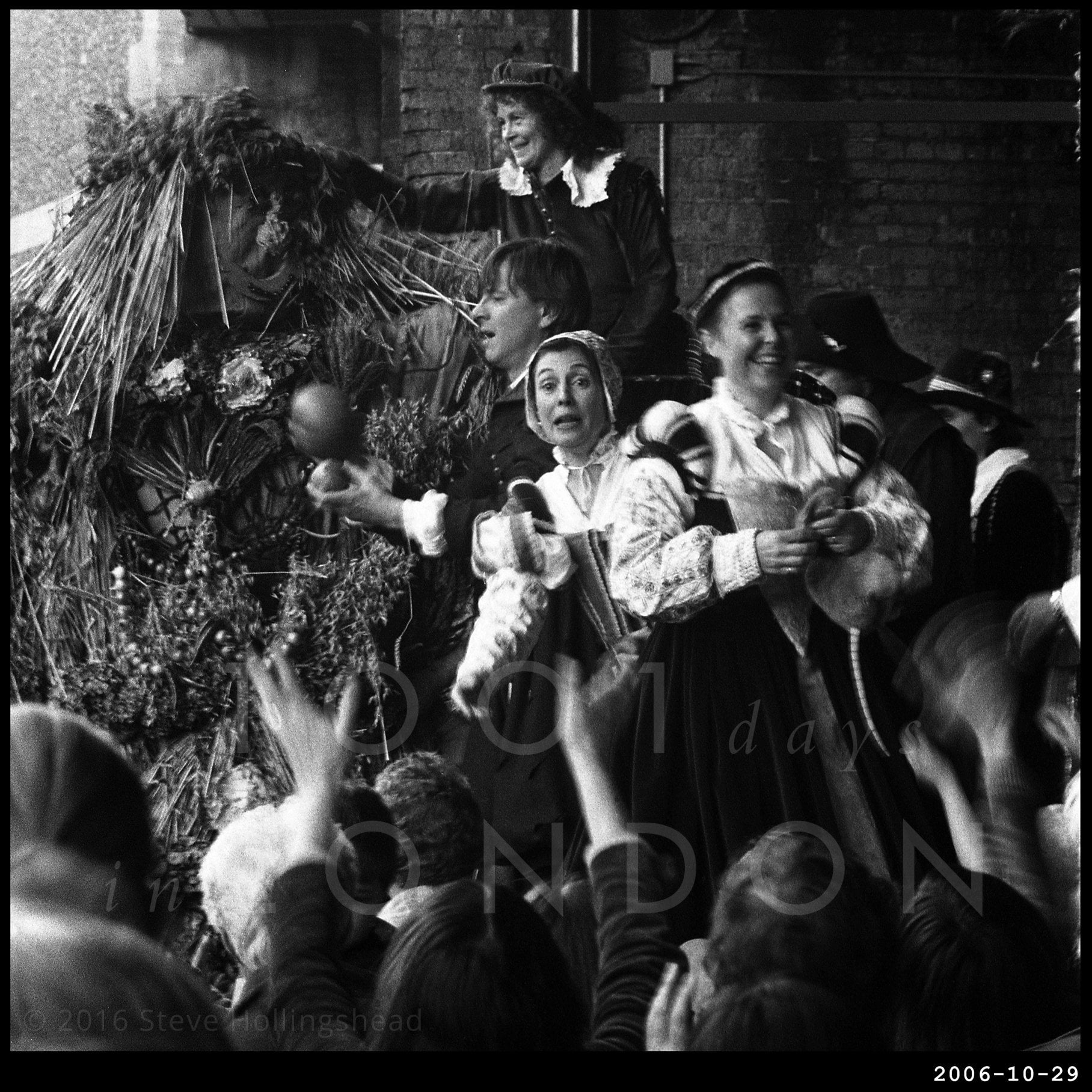 It’s late October and the clocks have just gone back –­ what better way to take your mind off the miserable prospect of five months of (comparative) darkness, than a celebration of Harvest, particularly apples (and consequentially, cider), in one of London’s most celebrated food markets. 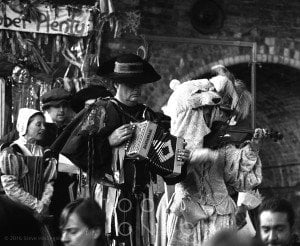 So this is the Lions part (their spelling), and yes, we’ve come across them before, celebrating 12th Night, and we’ll certainly come across them again, as October Plenty is one of those events that crops up a few times in this collection. 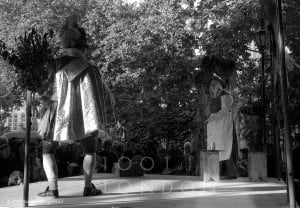 This scene is actually towards the end of the day’s activities: following the procession from Bankside and Shakespeare’s Globe Theatre to the temporary stage in the market, the troupe entertain with various activities, songs and dances and a (just about) family friendly historic roustabout of a performance. Then the majestic Corn Queene, which had been lovingly created a week or so previously with the help of local traditional horticultural organization Roots and Shoots, is unceremoniously torn to pieces and dispersed to the apparently desperate audience (it’s the only time you’ll ever see children fighting to get hold of a carrot or onion).

Another Harvest tradition is the making of corn dollies, which is why we have this as our tune.