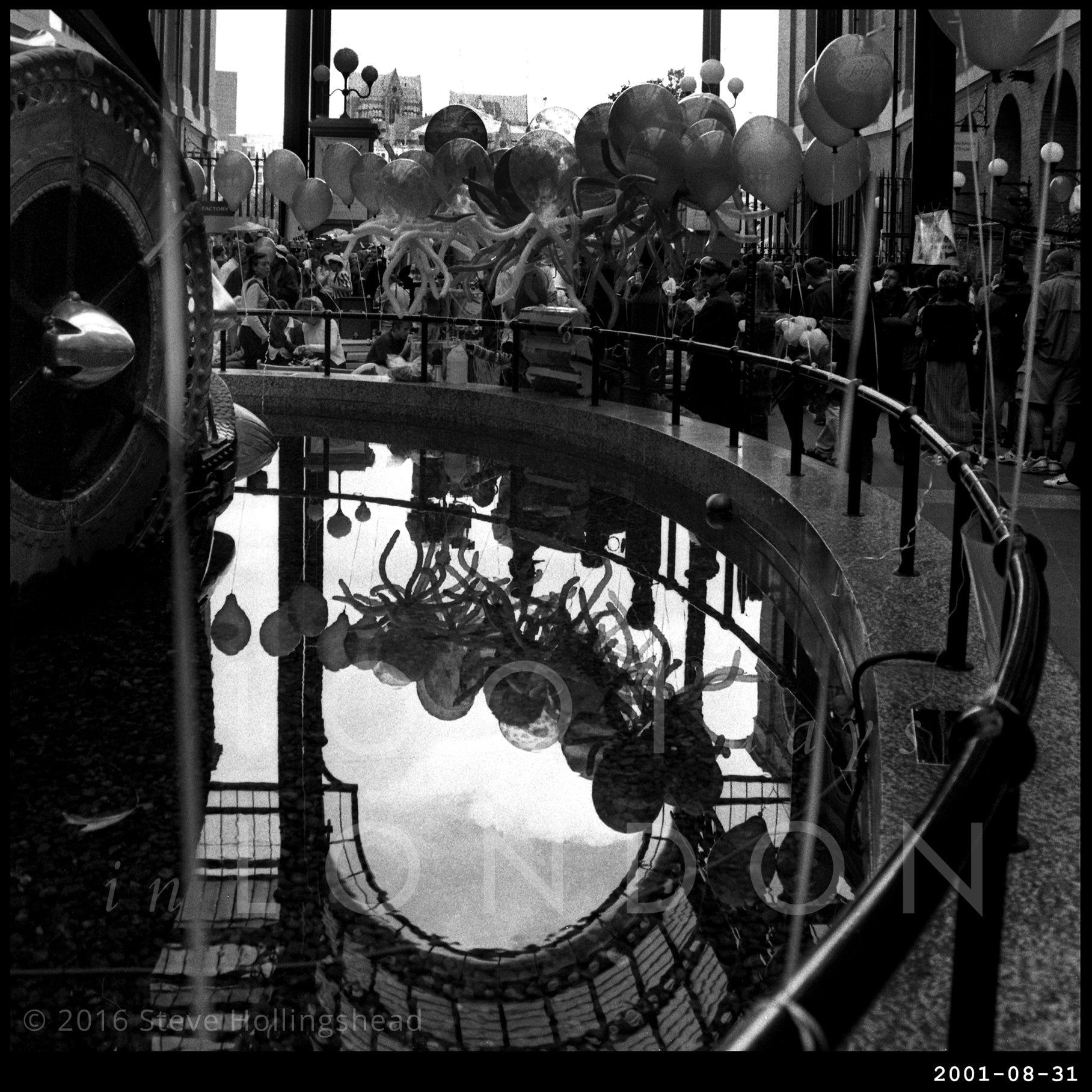 Ah – the humble oyster. Sorry, let’s start again… The humble oyster. There was a time back in the day, when oysters were so common Londoners would consume them in vast quantities. Evidence of that can be found by the prevalence of ancient discarded shells on the foreshore around Queenhithe at low tide. Many were used to make Grottoes for St James’ Day (a custom, like ‘Penny for the Guy’ that gradually died out, but apparently recently revived in Whitstable). Nowadays, of course, your once common oyster is something more of a luxury indulgence. 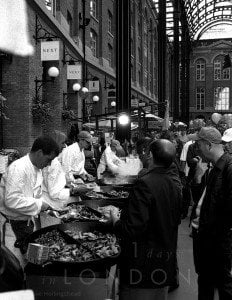 So where better to hold a ‘fair’ of all things seafood-ie than on the site of what used to be referred to as London’s Larder (for all you youngsters out there, a Larder was a cool space to store food before the advent of fridges, not someone who Lards, whatever that might be…). Hay’s Galleria, the compact touristy spot near London Bridge was once part of the mighty Hays Wharf, where massive amounts of foodstuffs from all over the world would come ashore. In the left of the picture is David Kemp’s pre-steampunk sculpture The Navigators, by the way.

And did you know Cole Porter wrote a song about oysters? I doubt he expected it would be performed like this, though.