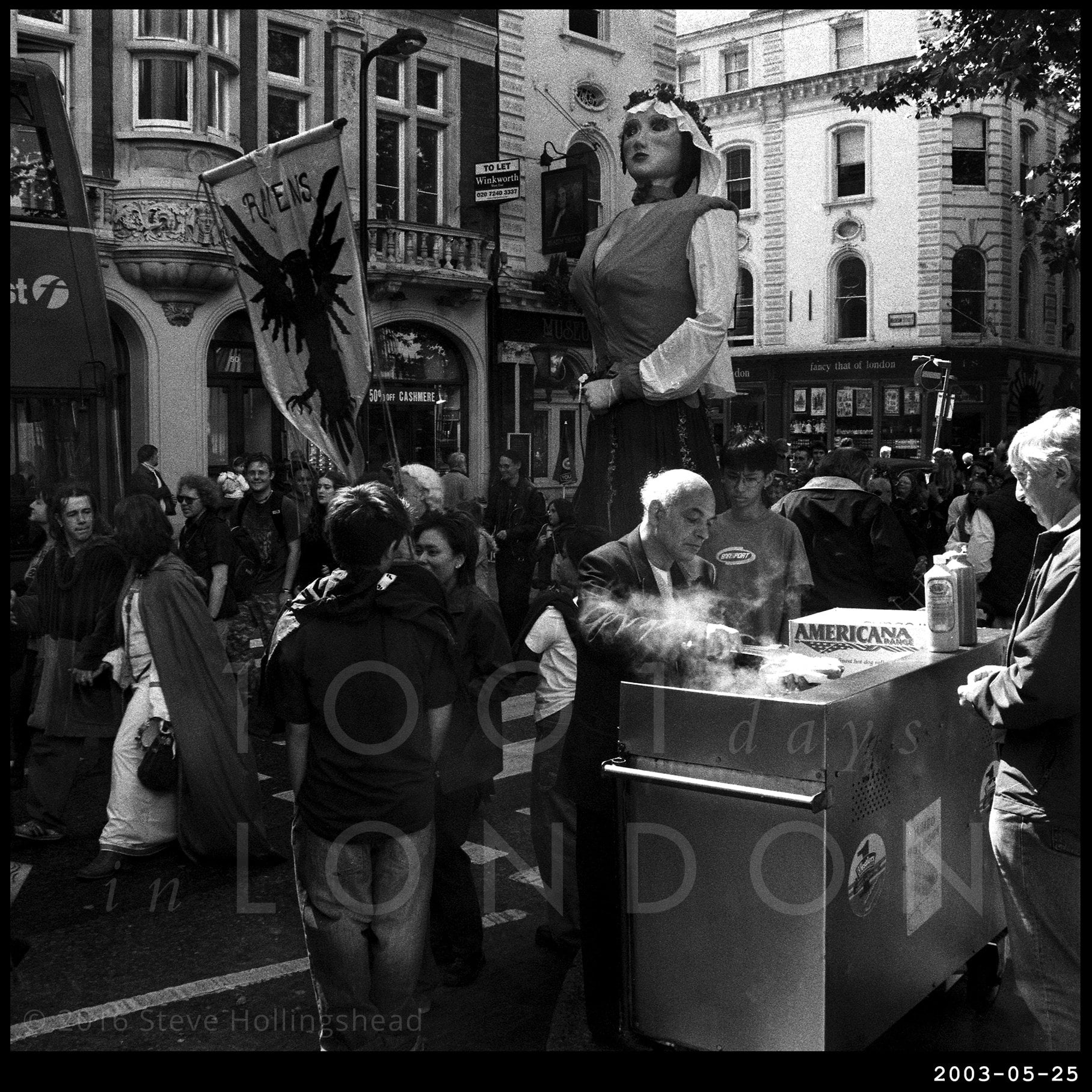 It’s a Bank Holiday Weekend morning in leafy Bloomsbury and you’d expect it to be a fairly sedate place. Yes, there’ll be a number of early rising tourists from some of the many hotels in the vicinity setting off to make the most of their brief stay in the capital. What you very much won’t expect to come across is a grand procession of verdant dancers, musicians and giant effigies creating a joyous cacophony as they wend their way through the streets to Russell Square and its far too inviting fountains.

This is the Pagan Pride Parade, and they’re here for the Beltane Bash: a weekend of performance and workshops at nearby Conway Hall – a venue famous for its Ethical Society and its openness to freethinking debate.

The word ‘Beltane’ is technically a Gaelic fire festival signifying the start of Summer (which is what they get up to in Edinburgh each year – and I’m not going to mention That Film) but for Pagans it’s a point on the ‘Wheel of the Year’ representing the May Day festival). 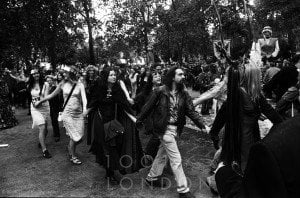 The Pagan paraders, having danced in and around the fountains for a good half-hour or so, are then led by organiser Jeanette Ellis back to the Hall with a bit of a detour around the British Museum, much to the complete indifference of our peanut seller here, who’s no doubt seen it all before.

Anyway, here’s The Dolmen from the 2009 gathering.