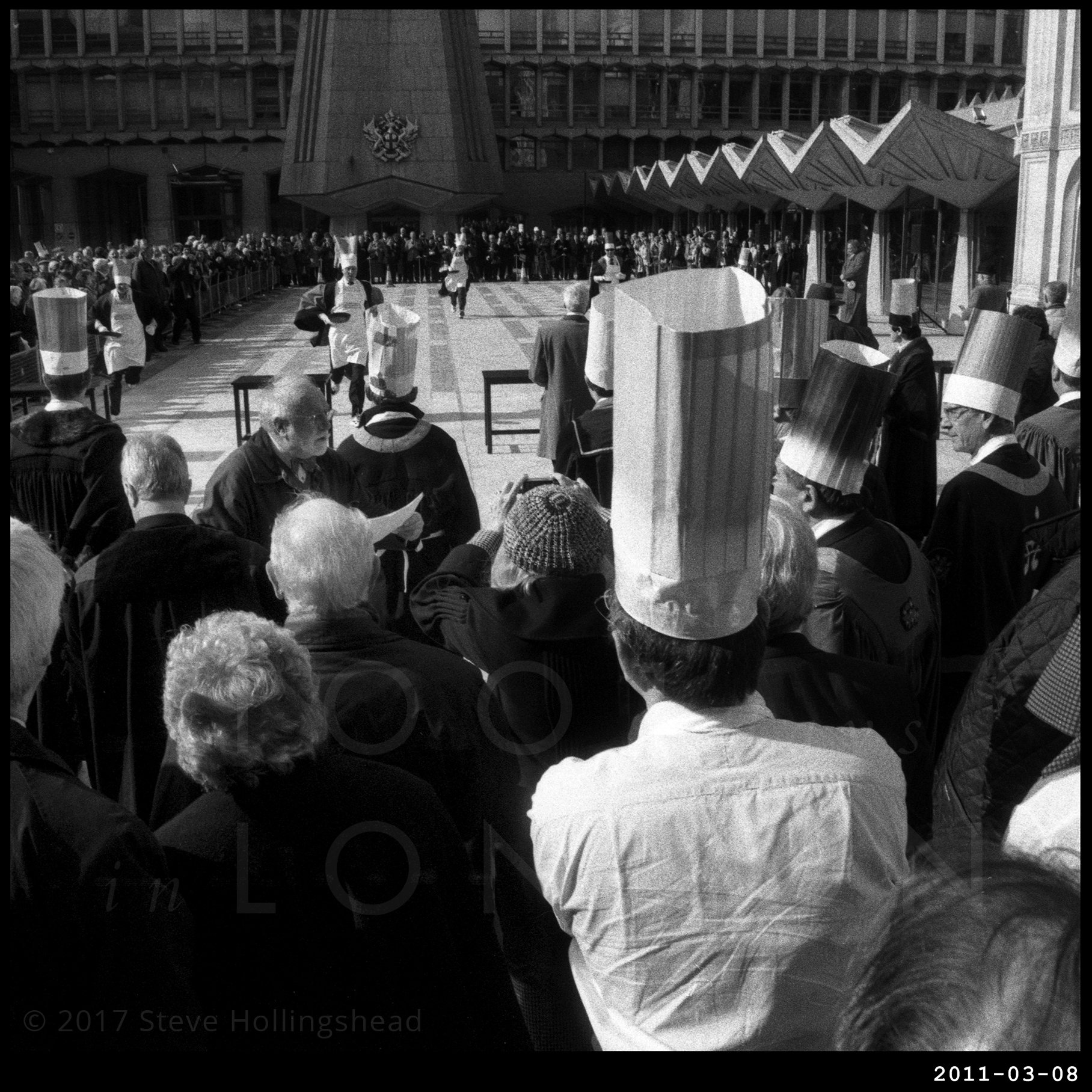 I’m sure had it been invented more recently, the marketing team appointed to promote Pancake Day would have suggested a subtle but gradual diminishment of the ‘Shrove Tuesday’ element of the event – after all the dates for observing Lent are all over the place anyway [I know, it’s all Easter’s fault…]: in 2008 ‘Dry January’ has barely finished before another 40 days of abstinence is suddenly thrust upon us; yet a mere three years later, it’s practically Spring by the time Lent arrives. 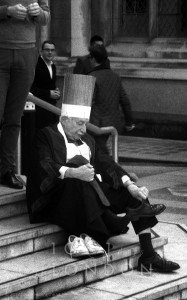 So, purely for maximum participation opportunities, it would make sense to shift Pancake Day to a weekend. And a summer month wouldn’t be a bad idea as well, thanks.

The main problem with the current scenario is that the only realistically suitable time to have the race on a normal working day is during lunchtime [unless you’re a politician, of course], which is a bugger if a) you no longer manage to get out for lunch and b) you’d rather like to witness more than one pancake race if you could. 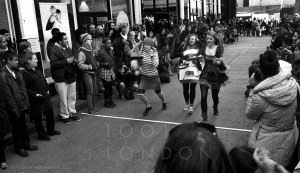 So, illustrating b) here, we have an increasingly eccentric Inter-Livery Pancake Race at the Guildhall, but one has to dash off before our giraffe has his/her moment of glory [it comes last, not unexpectedly], to catch the equally colourful Spitalfields run [where most of the photographers for some reason lose all interest once the Sun team is eliminated] and then catch the Grand Final of the Leadenhall Market competition, by which time most of the spectators and half the competitors are already back at their desks. 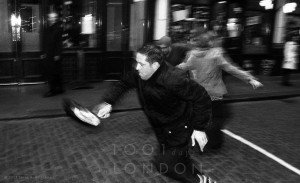