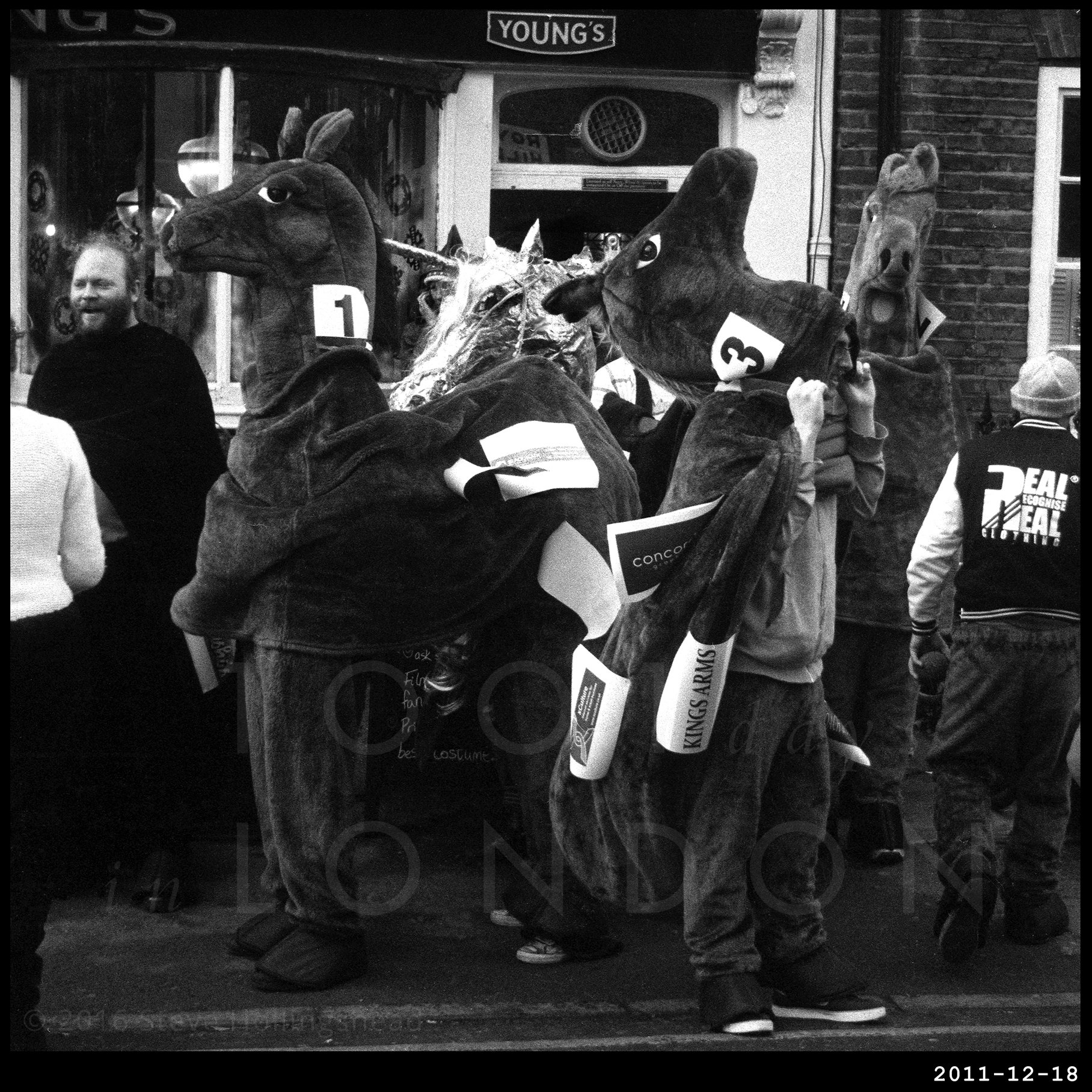 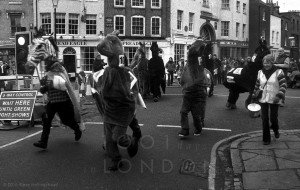 The Christmas Panto season is upon us, providing many an amateur performer with a career defining opportunity to go out there and dazzle the audiences with their underappreciated wit and verve. But most pantos have a horse (or a cow) – and somebody has to do The Back… but then, if it’s good enough for Kate Beckinsale, then there’s hope for anyone.

The annual equine challenge here in Greenwich [and this one’s only the second] is slightly unusual in that it eschews the more obvious touristy areas of the neighbourhood (which anyway gets to see plenty of action during the rest of the year), for some of the more characterful back streets farther up the hill away from the riverside. 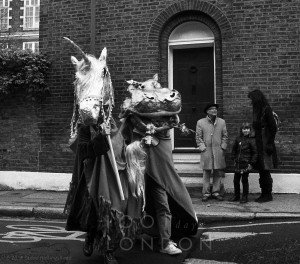 It helps, of course, that the chosen route is pretty well provided for in agreeable watering holes [well, for the time being, anyway] for the competitors to ‘rest up’ between increasingly uncoordinated sprints, or should I say ‘canters’ from point to point. 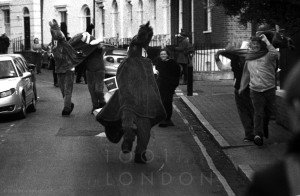 Having started the event in front of a large enthusiastic crowd in the pleasant garden of the historic Devonport House, the race reaches its climax a couple of hours later at the Morden Arms, by which time the support is, not surprisingly, somewhat diminished. 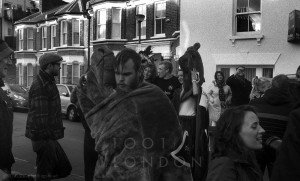 Still, by this time, lots of money will have gone to the year’s chosen charity (in 2011 the children’s hospice Demelza)… and then there’s the after-party for the real diehards, where competitors and friends can enjoy some live music, though not, as yet, from Brett and the boys…