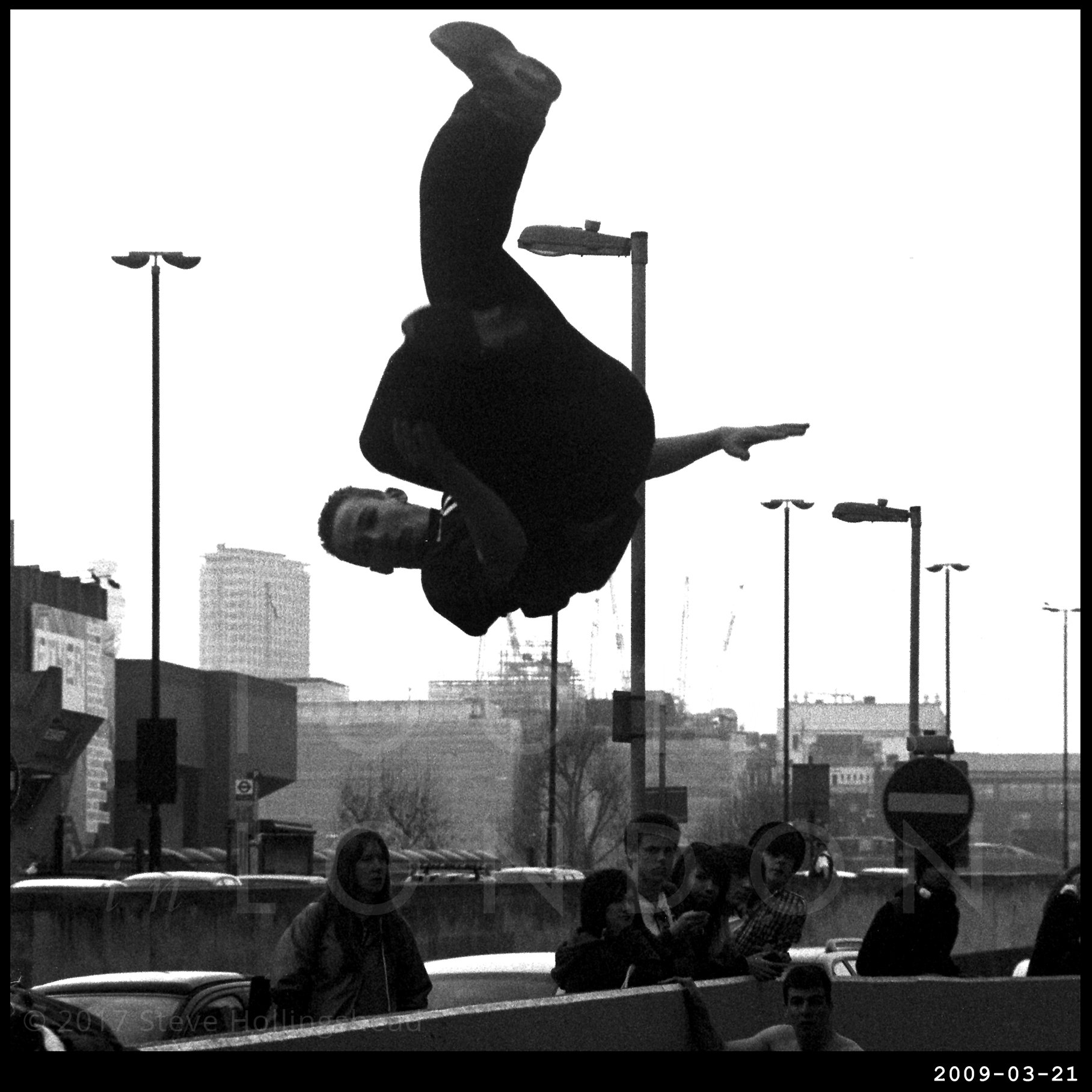 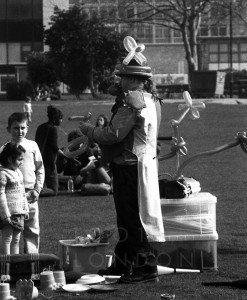 Equally encouraged by the change of seasons, urban free-runners are practising their moves at one of the longest established training patches at the Waterloo roundabout subway entrance which provides just about the right balance of risk level to help get into shape for more ambitious runs. 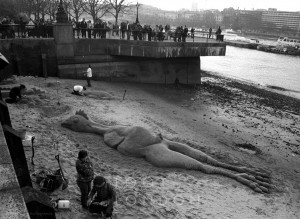 Acrobats of a different nature may well have been performing on this very spot some 250 years or so earlier, when this area was a part of Cuper’s Gardens – once a rival to the more celebrated Vauxhall Gardens a mile or so down the road [which has been thoroughly researched here by A London Inheritance]. 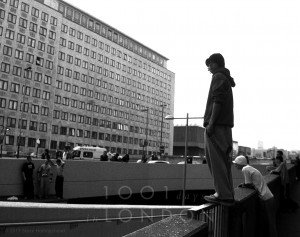 These days the entertainment is mostly provided by the Imax cinema housed in the middle of the roundabout, along with the occasional concert at St John’s Church next door. And there’s also a rather grand historic hospital here. 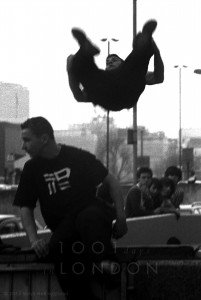 None of which will be of interest to these parkour enthusiasts, especially now that it’s been officially recognised as a sport [not that everybody takes it quite as seriously]. And who knows, some of them may yet end up featuring in a music video.