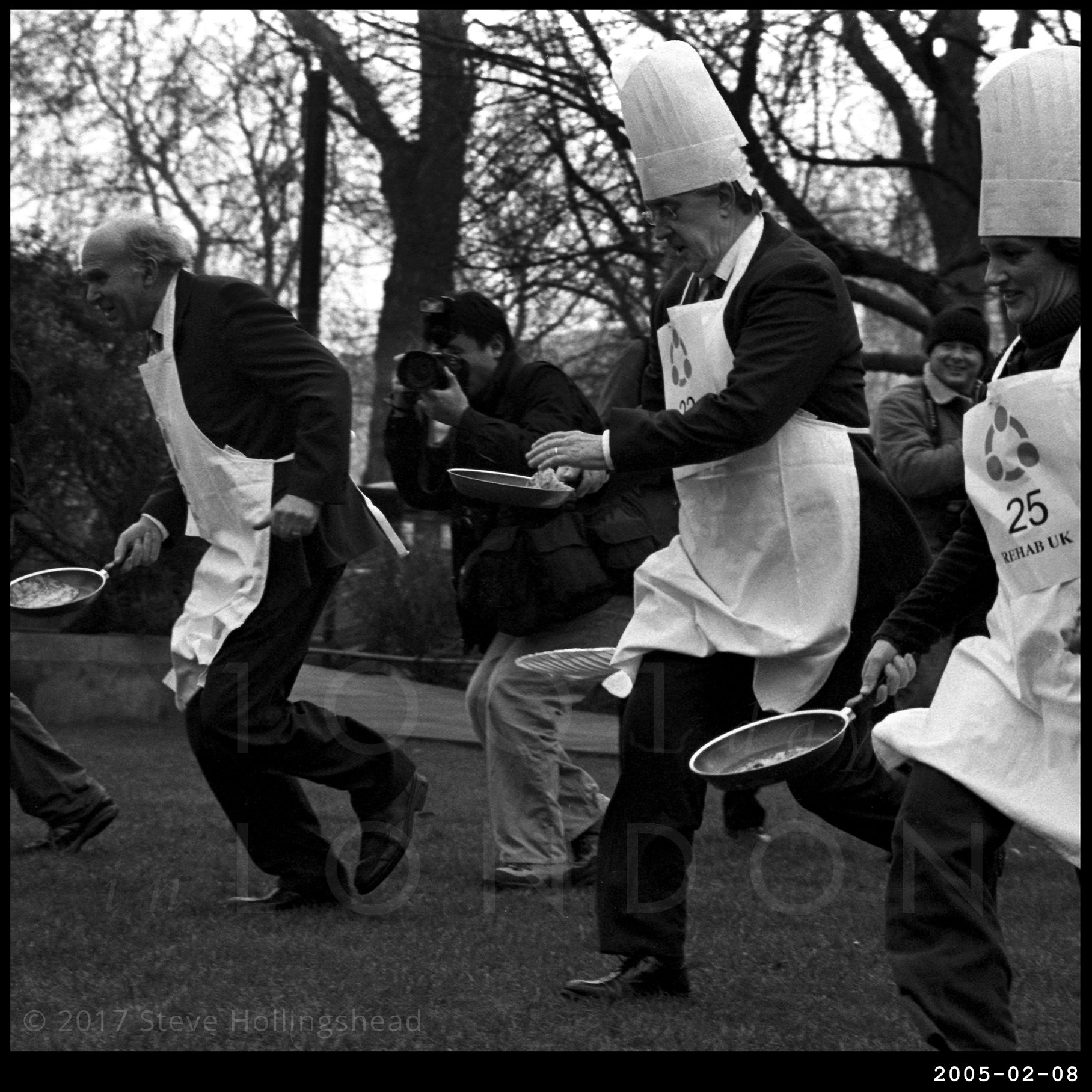 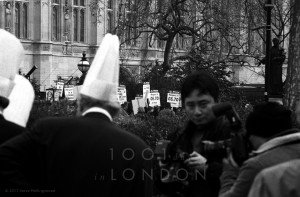 As a novice to this event [despite this being the 8th time it’s taken place], I’m not altogether sure its always been held in this particular spot: later versions have taken place in the more expansive terrain across the road, where a competitor can get up a proper head of steam, but a Living Wage protest is going on in that direction, so maybe using College Green – the area where media hungry politicians are usually found having their chats with the press (including a certain Vince Cable, who looks more comfortable with a frying pan than he does in this clip) – is considered the safer option. 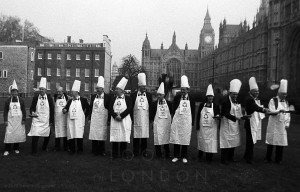 Anyway, this is one of those slightly awkward occasions when political adversaries put aside their differences for a good cause and attempt to show their more human sides, with Mr Cable being probably the highest profile member taking part today – ie. I don’t actually recognize any of the others [I’m sure they’re all highly respected] , although Clare Balding seems to be amongst the spectators, but then this was before she became a National Treasure. 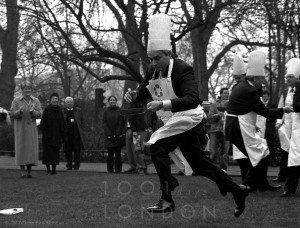 Pancake races, as mentioned before, are becoming quite the thing to do in London on a Shrove Tuesday, though one can but hope somebody might start up one of those all-embracing football matches to help foster community spirit. Especially if the politicians joined in… 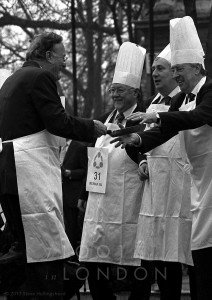 And this lot may appear to have nothing to do with pancakes, but if you’re going to call yourself The Tossers, what else can you mean?