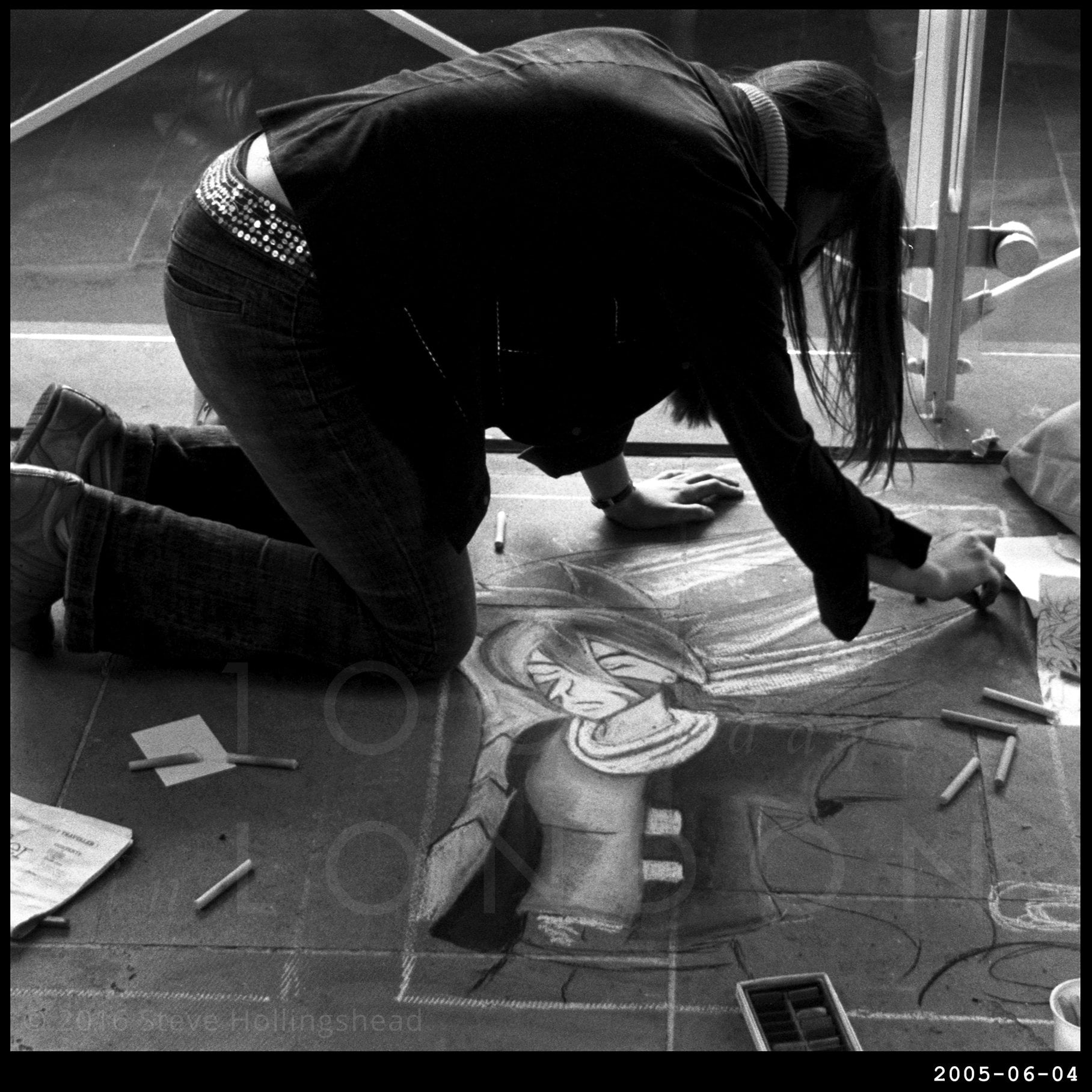 Let’s face it, Victoria’s not the sexiest of London’s neighbourhoods – in fact in many ways it’s all a bit messy. If they’re not working or living here (or going to the cathedral, or the theatre, yes, I know…) people are generally only here to use the railway, or the tube or the coach station… possibly more than one of those at the same time – and they’re all a bit of a mess as well.

The railway station is, in fact, two old stations merged into one; the tube station is in the middle of a massive and long overdue redevelopment, and the coach station, beautiful as it is, does get awfully chaotic at times. And all around them appear to be a succession of bland miniature shopping malls. 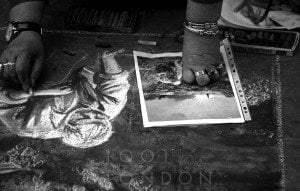 At least one of those malls has tried to brighten things up a bit with an annual pavement competition (well, until the mid-noughties they did, anyway). Encouraging adults and children alike, proceeds went to help Muscular Dystrophy charities. 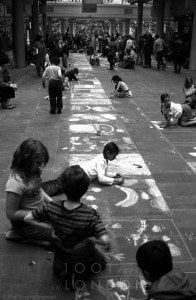 The noble art of ‘screeving’ goes back centuries, but has, over the past few years, been eclipsed by the ubiquity of the graffiti artist (as well as being washed away by the persistent drizzle, of course), although there are still some specialists around that like to do something a bit out of the ordinary. And these young popsters even created a song about it.

Incidentally, Colonnade Walk is one of the few places you’ll find a whole load of un-blurred faces on Google Street View. The fact that Google’s offices are in this street may have something to do with that. I’ll let you look that up for yourselves.