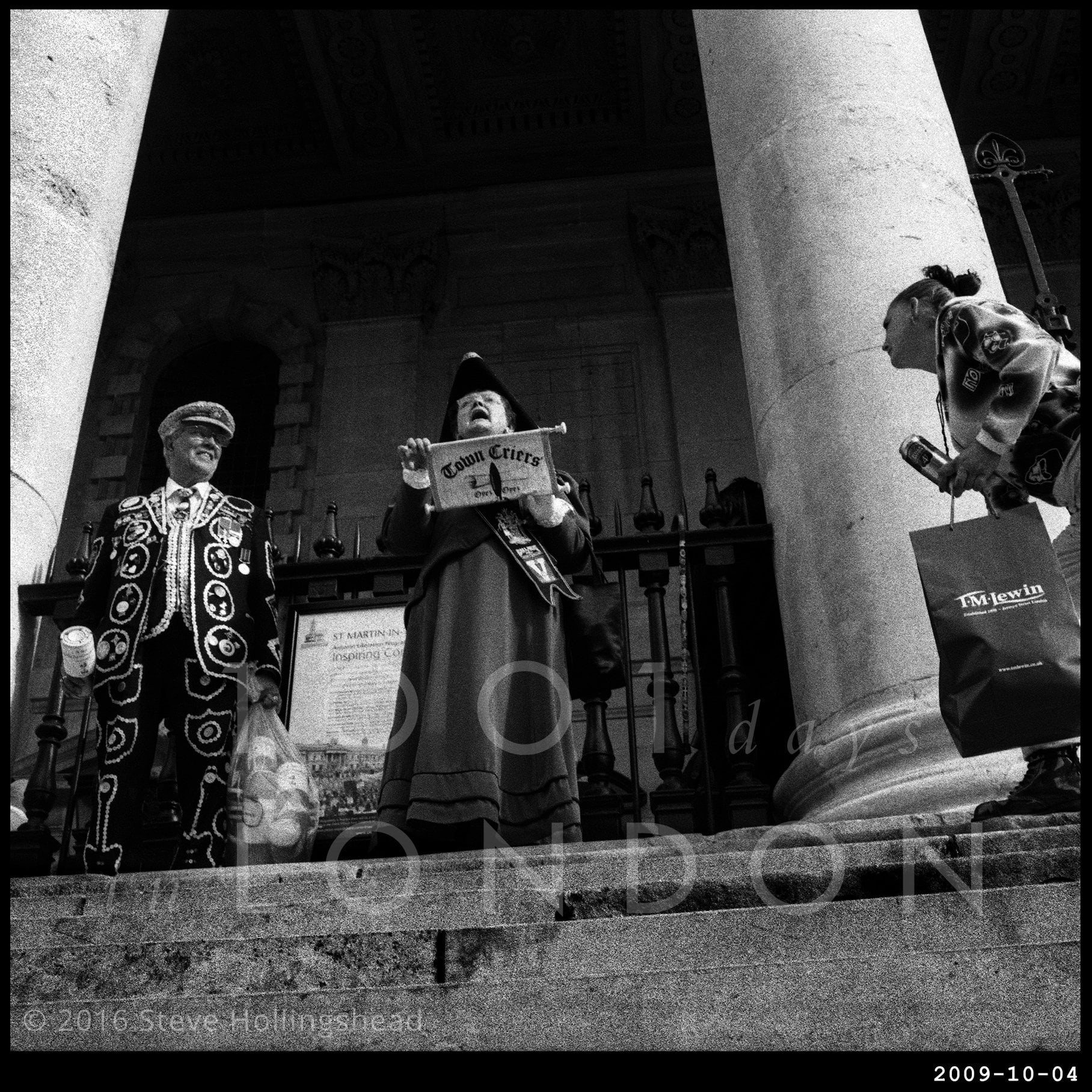 If ever there’s an ideal time to catch a [insert appropriate collective noun here…] of Pearly Kings & Queens, then Harvest Festival season is it. They seem to be everywhere during these early weeks of autumn: there’s the big gathering at Guildhall going to the Church of St Mary le Bow (of Bow Bells fame), there’s another at St Paul’s church in Covent Garden, and there’s this one at St Martin in the Fields off Trafalgar Square.

No, there aren’t any fields in these parts, but this church has been here for nigh on 300 years & the area was definitely a lot greener then. It’s also a music venue, a great little cafe and a welcome refuge for the homeless. 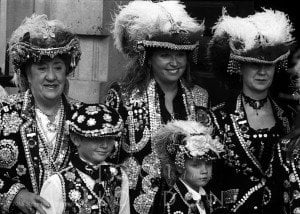 The institution that is the Royal Family of Pearlies isn’t as long established as many people might think. In fact Henry Croft, the man recognised as the founder of the charitable side of costermongering, only died in 1930 (& he was a roadsweeper, not a coster). On top of that, there’s the ongoing dispute over what constitutes a ‘true’ Pearly King or Queen (as demonstrated amongst the comments after this article).

Whatever, it is unarguable that a large gathering of people wearing clothes smothered in mother of pearl buttons can’t be anything other than a Good Thing. And it also helps to maintain some of the grand old Cockney songs.

Meanwhile, just across the road 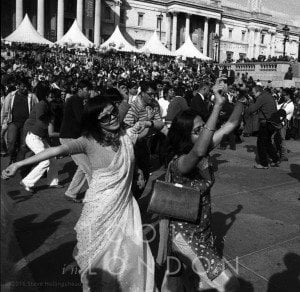 It’s Diwali (well, close enough) and the annual festival in Trafalgar Square is just kicking off with the epic Garba dance/procession. We’ll be back for that on another date.