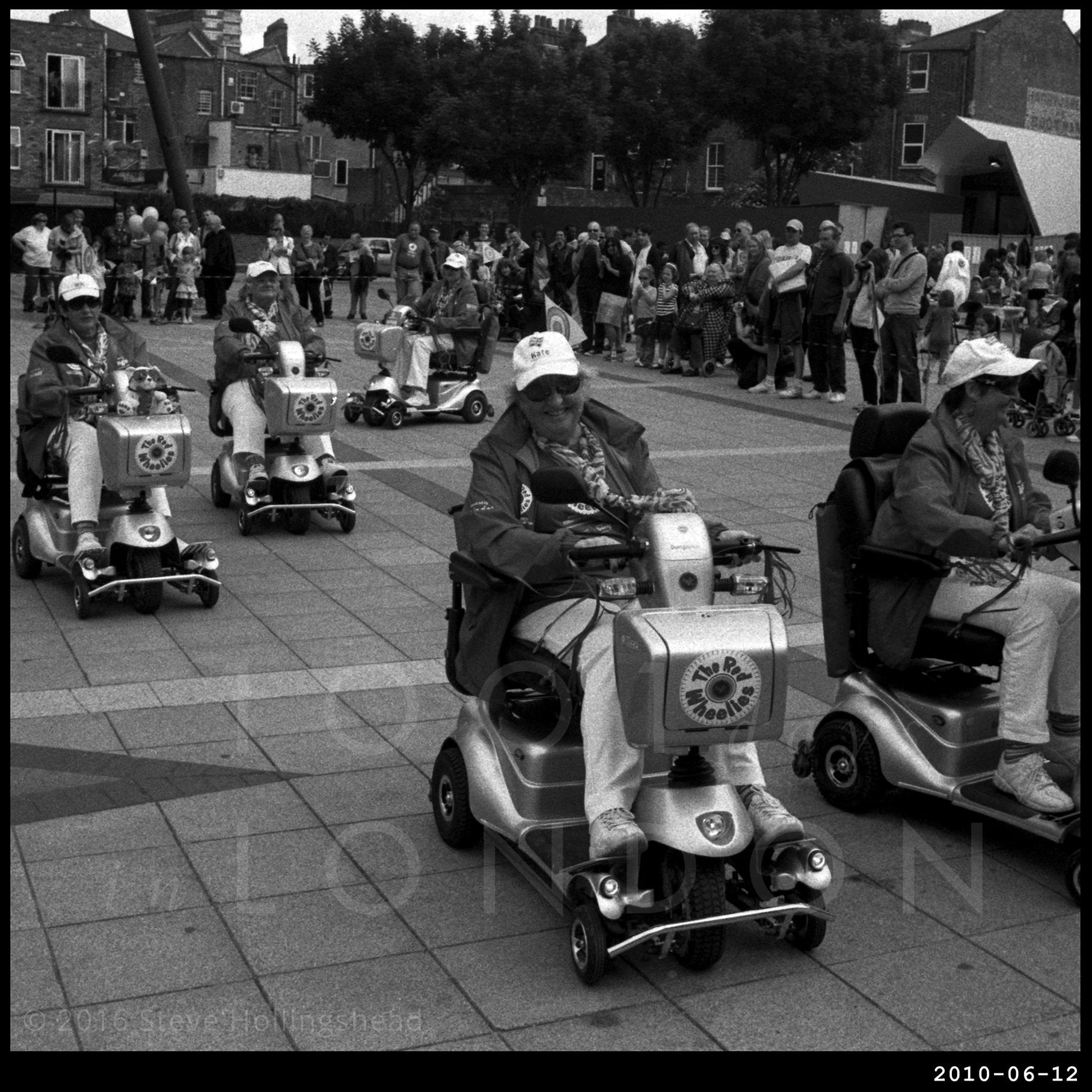 It’s a bit unfortunate the day chosen for this novel participatory gathering coincided with the day England opened their World Cup campaign in South Africa against the much fancied USA (and we all remember plucky little England would’ve pulled off a shock victory if it hadn’t been for a Certain Incident, which I won’t mention in case Mr Green’s reading this…), so most of the population were fixed at home drinking beers & watching TV. 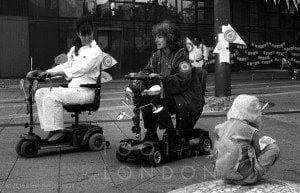 Local artist and dog-lover (we’ll come to that another day) Rachael House was inspired to launch the new art space Peckham Platform with a scooter meet, although instead of Lambrettas and Vespas, the scooters in question were of the Mobility variety, with the opportunity provided to give local riders and their vehicles a bit of a Mod makeover. Highlight of the event was the appearance of Scooter Formation display team the Red Wheelies, who despite all having to cope with the debilitating effects of MS, have still managed to travel the length of Hadrian’s Wall [on one battery charge?] and take on Britain’s Got Talent. Not sure how they’d manage in this field, however.

Peckham Square (in front of the Stirling Prize-winning library), meanwhile, is not immune from the changes that are currently sweeping this upwardly mobile neighbourhood, with a major redevelopment planned a mere 20–odd years since the previous one. We’re a very long way from Trotters Independent Traders these days.