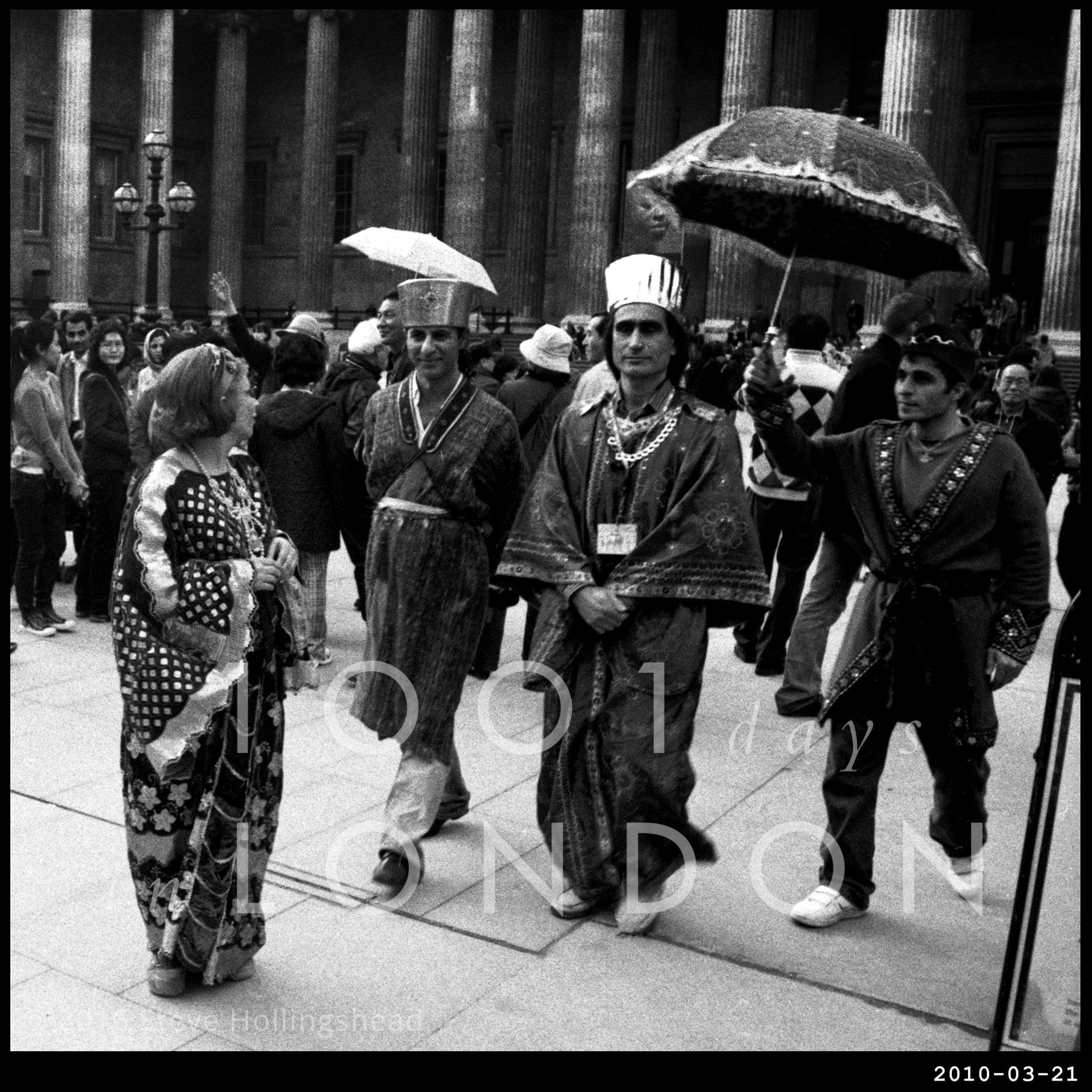 They take New Year (‘Nowruz’/’Norouz’/’Norooz’… it means ‘New Day’, anyway) very seriously in Iran (or, as it’s a traditional cultural thing, ‘Persia’): the customs include spring cleaning (and properly, mind – not just a token gesture), buying a new outfit, a display of objects beginning with ‘S’ (in Farsi, obviously), leaping over bonfires, goldfish and visiting people at the exact time of Vernal Equinox, regardless of whatever time of day it is. What they do not do is get ratarsed on bizarre cocktails and throw up over their fellow passengers on the night bus.

The Kurds (as we’ve already seen) and many other cultures in and around the Middle East, all do something similar, and even the politicians manage to behave themselves during the festival. 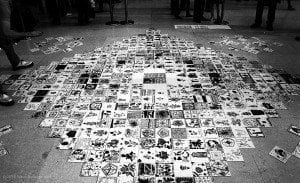 Sadly I haven’t come across the fire jumping in London yet, but at least the British Museum gave us a taste of Persian culture in 2010, with special dance performances (inspiring the audience to join in), art and design workshops, and the occasional Royal dignitary wandering around posing for photographs. 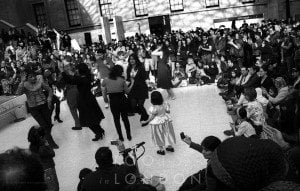 I’m not entirely sure when this celebratory video was made… something in the hairstyles suggest it might not have been that recently.

Meanwhile, elsewhere in the city

There’s a Sport Relief Mile taking place, and thus the Embankment has been made traffic-free for the day…