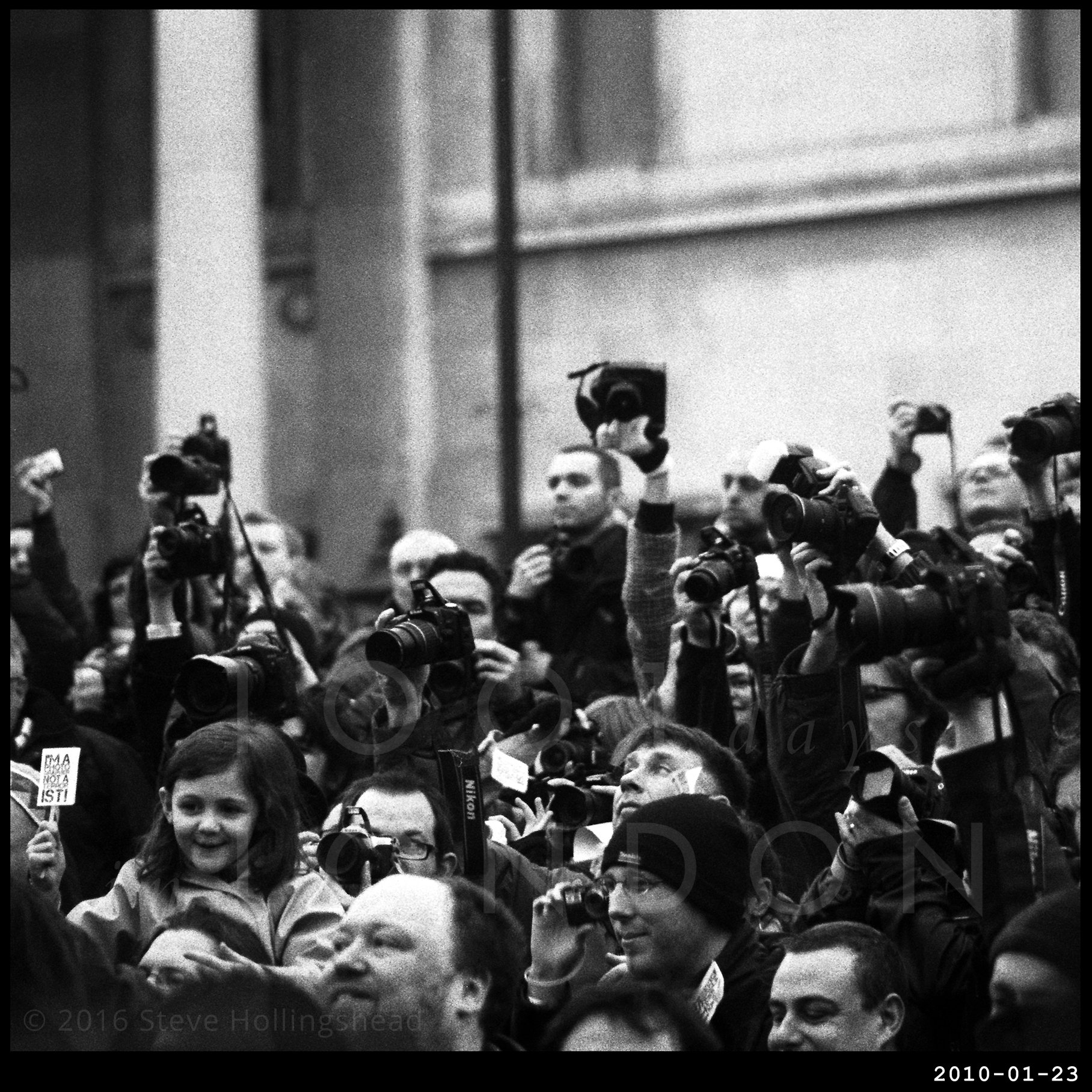 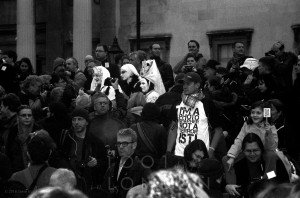 This is, in fact, a serious demonstration aiming to raise awareness of the rights of photographers (ie: just about everybody) to ply their trade/enjoy their holidays without constantly being harassed by members of the constabulary or private security personnel who are apparently ignorant of the law (or, quite possibly, just bored). 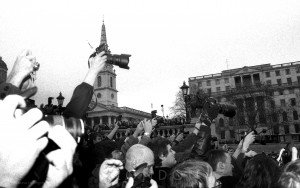 Yes, there is an ongoing serious terrorist threat, but then your serious terrorist isn’t really all that likely to take a tripod and accessories bag along on a sneaky surveillance mission. Anyway, why bother when you’ve got Google Earth? 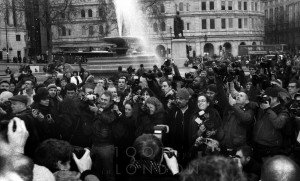 I’m well aware, compared to some other parts of the world, London isn’t exactly the most dangerous of places to risk wielding a camera [although this snapper very nearly came a cropper during a major pillow fight in this very square], it’s important that rights and freedoms continue to be maintained in the face of an increasingly paranoid […and the rest…] state. 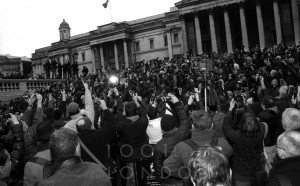 Fortunately there are organisations like phnat – not the best acronym, admittedly – keeping an eye on things, and there’s plenty of sensible advice out there for anyone who’s not sure what they can and cannot do with their cameras. And if any unpleasantness does happen, be comforted by the fact that it’s probably being recorded by one of the half million or so CCTV cameras dotted around the city.