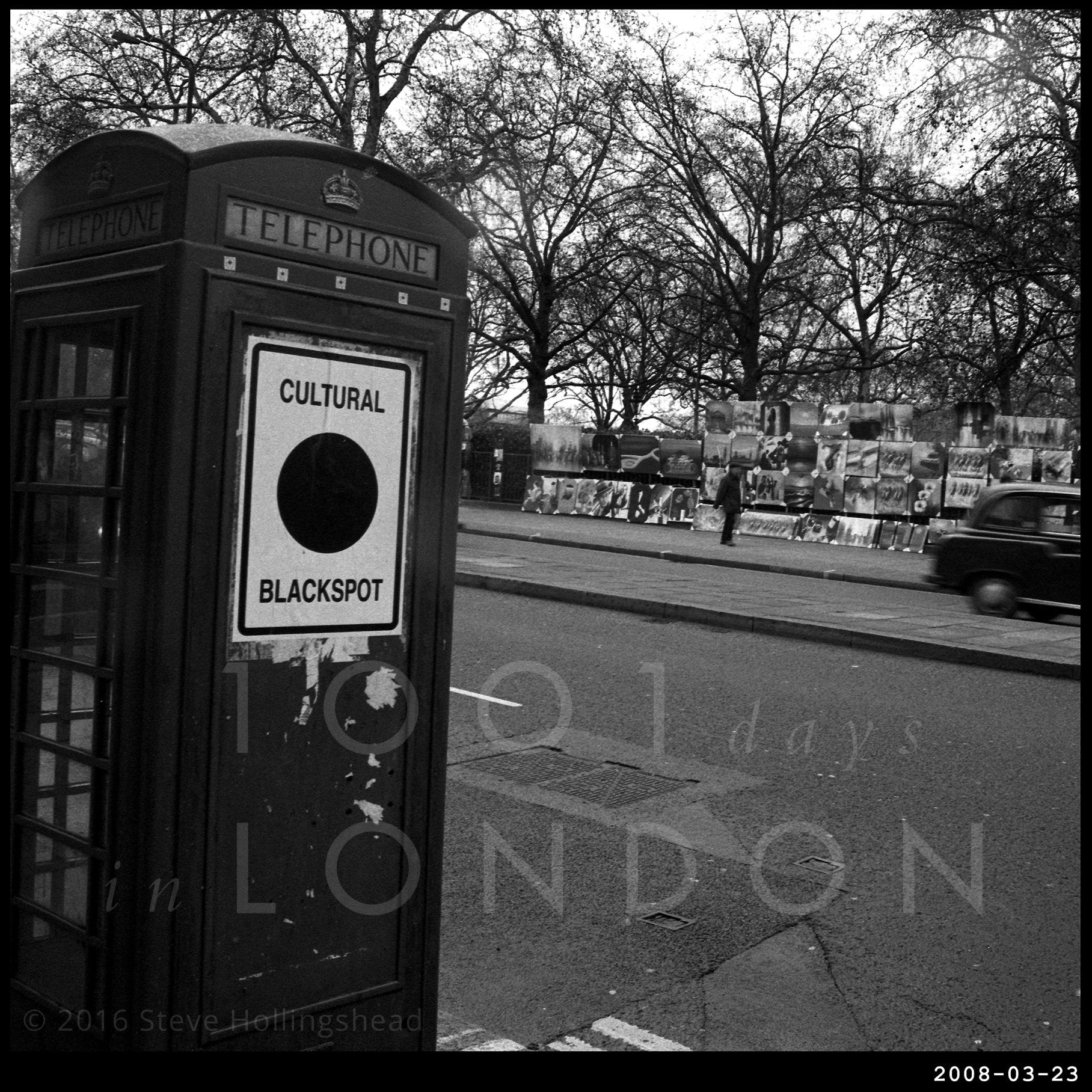 Here we have one of those days when the old adage ‘you should really double check on the internet to make sure the event you’re planning to go to is actually happening’ rings true (well it’s an old adage in these parts). So, this is Easter weekend 2008 and, as we’re constantly reminded, these days you’re more likely to get snow at Easter than at Christmas. And Easter weekend 2008 was a prime example. 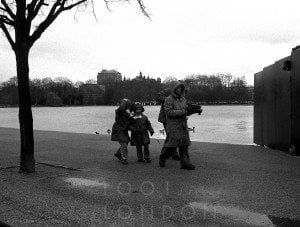 Except, in London it wasn’t snowing. That didn’t stop the organisers cancelling the Easter Bunny skate, evidently. And to be honest, Hyde Park (the usual staring venue) was looking a bit grim, so all I get on the way home are a couple of examples of fly-posting drollery making good use of old London telephone boxes (or tourist photo booths as they’re mostly used for these days).

The ‘Blackspot’ comment may be a bit harsh seeing as we’re just up the road from the Royal Academy here, and the Cork Street Galleries are close by (well, those that haven’t left are), but it’s only fair to suggest that some of the art on display on the railings near Green Park tube is, as Urban 75 succinctly puts it ‘variable’. 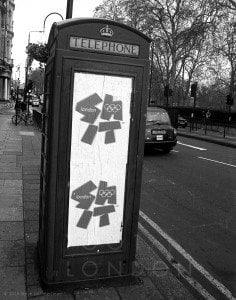 The London 2012 parody, however, gets my approval – not for the games themselves, one hastens to add – but for the fantastically rubbish logo and typeface.

Anyway, lets cheer ourselves up with a song about Green Park possibly about a different Green Park (considering the singer’s Japanese) – but do we care?