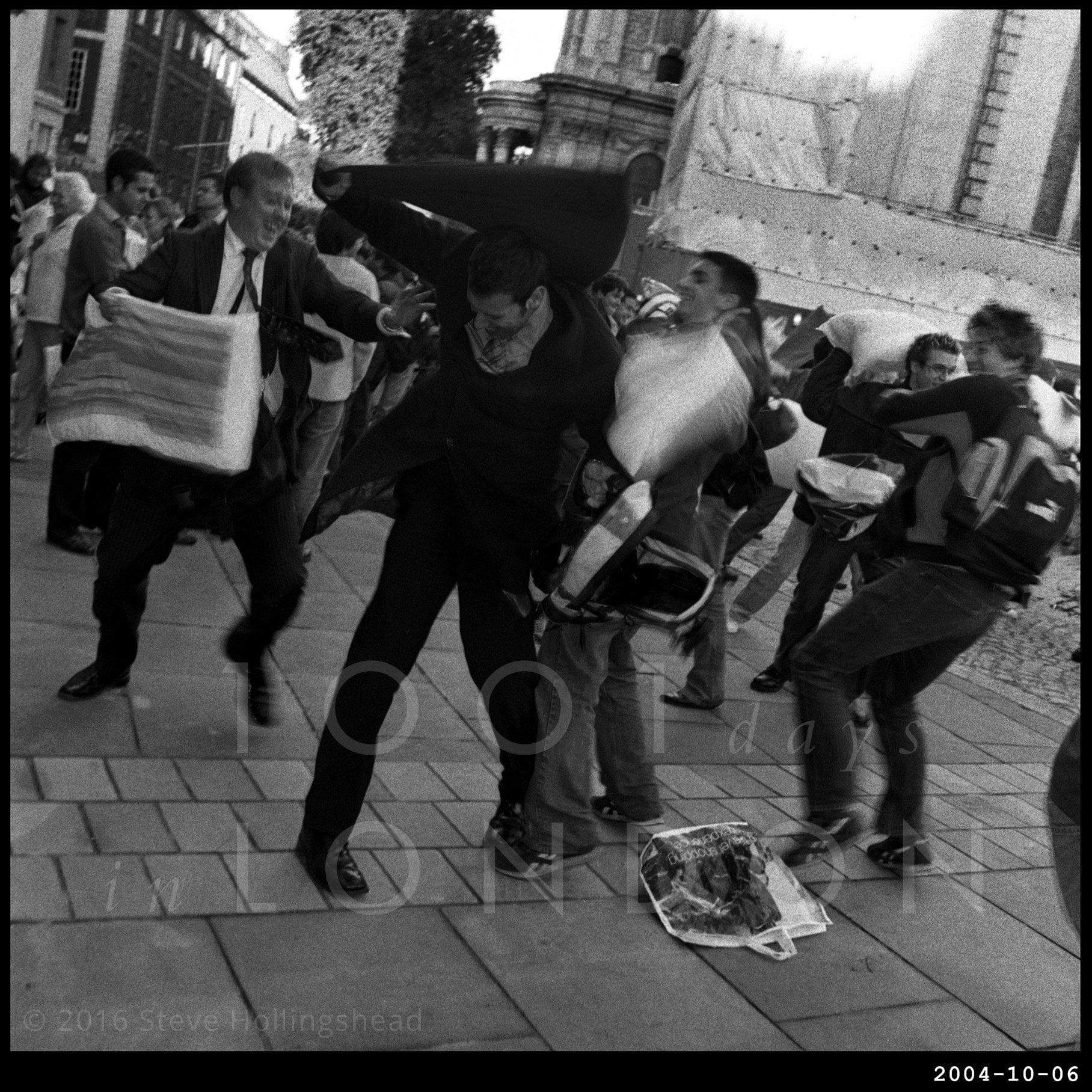 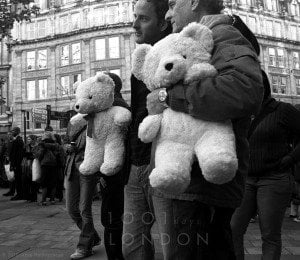 This really ought to have been a more interesting photo opportunity than it actually was – not just for the event itself, but for the setting: Wren’s masterpiece, which has been looming magnificently and defiantly over the city for over 300 years and an ideal backdrop for one of those jolly flashmob things that seem to be all the rage at the moment. Except the cathedral’s currently in the middle of a massive restoration project, so the backdrop ends up being scaffolding and sheets of tastefully decorated tarpaulin. 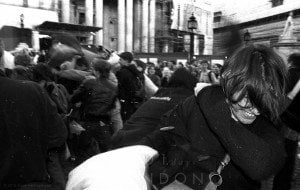 Not that any of the folk here nonchalantly hanging around with suspiciously bulging carrier bags and bin liners [and teddy bears?] are concerned about that: they’re waiting for the clock to strike 5.40 so that they can unleash their weapons for the latest wheeze from the fun gang at Mobile Clubbing: Pillow Fight Club (and yes, there are rules to pillow fight club, though not quite the same rules as Brad’s) 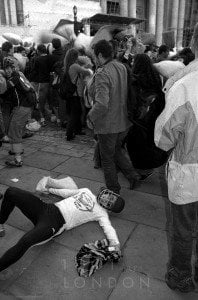 Yes, this was all something of a novelty back in 2004, and with social media being in its infancy, the participants – mostly local workers and ne’er-do-wells with too much time on their hands – only numbered about 100 or so. Still they all went about their business vigorously’ leaving a lovely carpet of feathers for the mayor’s limousine to drive through on its way to St Paul’s for a service. 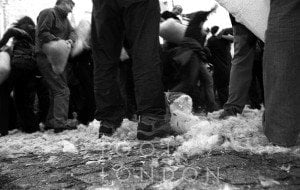 Anyway, all this seems pretty tame compared to a ‘real’ Pillow Fight Club (as well as a very silly one). And yes, we’ve discovered another band that have named themselves after a 1001 Days event…