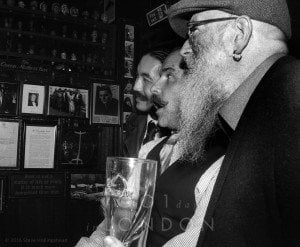 I suppose the major problem with staging a highly competitive sporting confrontation between chaps with moustaches and chaps that smoke pipes is, as the Venn diagram would demonstrate (if such a thing existed) an awful lot of chaps fit comfortably in both categories.

Still, that hasn’t stopped the deerskin leather gauntlet being thrown and the challenge taken up for a competition at the home of the Handlebar Moustache Club, the Windsor Castle in Marylebone. 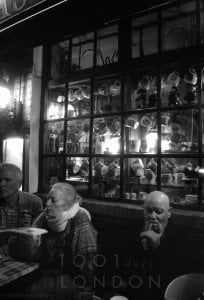 As mentioned before, the Windsor Castle is one of London’s Great Eccentric Public Houses… or it was. Along with a number of other cherished and unique watering holes, popularity and tradition count for nothing when there’s a vast profit to be made, so the Handlebar boys have had to collect their memorabilia and regroup down the road in a slightly less characterful establishment. 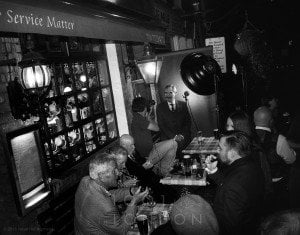 Of course, life has been tricky for the sociable pipe smoker ever since the smoking ban in pubs came into effect, so it’s fortunate this is a mild November evening and a pre-competition puff can be enjoyed on the street out front – where we find a chap from the Times busying himself taking lots of portraits of the competitors [paywall I’m afraid].

As for the competition itself, well it’s pretty damn crowded in the upstairs room where it’s taking place, so I’ve no idea who’s winning. Regardless of the result, the Children’s Liver Disease Foundation should have benefitted considerably from the generosity of all concerned. 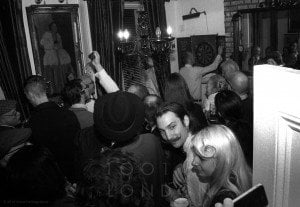 And yes, darts should be a more recognised sport, along with a number of other alehouse challenges. As for pipe smokers, Rupert Davies has a little tune for you all…