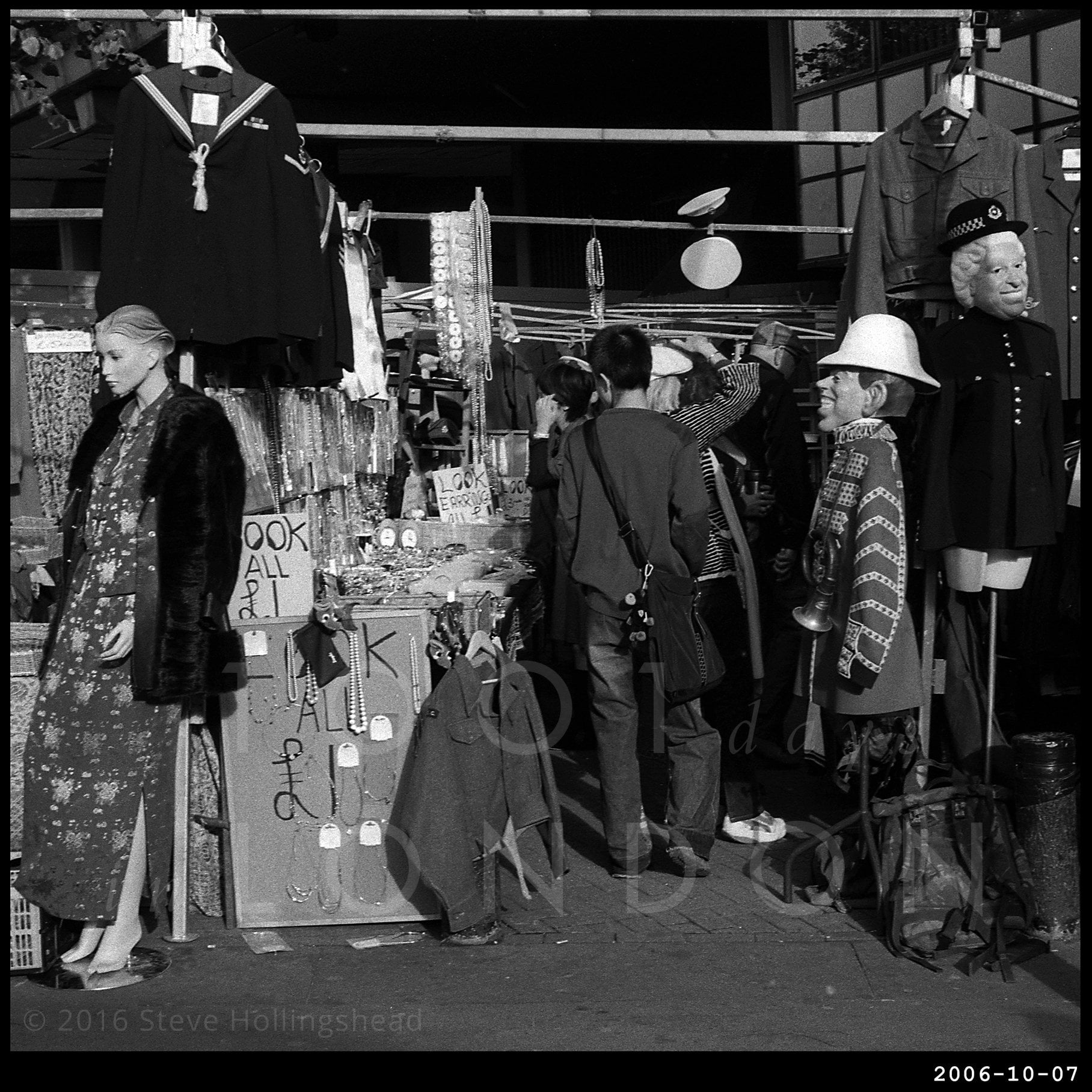 On the face of it, the famous and historic Portobello Road is the complete London street market – it even has delineated zones for the diverse tastes of its thousands of visitors, so that the overseas visitor with a penchant for antiques isn’t going to have to waste time slumming it with the locals buying their weekly veg. 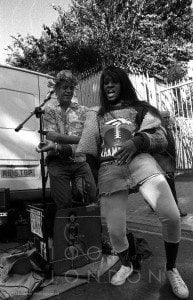 Or here, under the Westway where the young and the beautiful search out something vintage (which was probably originally bought somewhere else on the market 40 years earlier) for another theme party. There’s something, somewhere for everyone, so that’s all good, isn’t it? 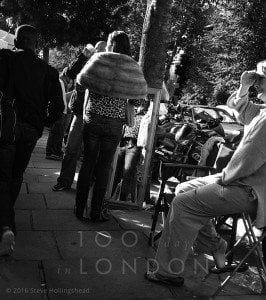 Well, apparently not. Obviously, evolution is happening all the time in street markets, sometimes as a result of changing priorities and fashions, and sometimes as a result of – here we go again – redevelopment (yes it’s those cheeky developers ‘improving’ things once more…), where the Westway Trust’s perfectly reasonable plans to ‘tidy up’ the vintage/retro section of the market around Acklam Road and Portobello Green doesn’t seem to have gone down too well with some people. 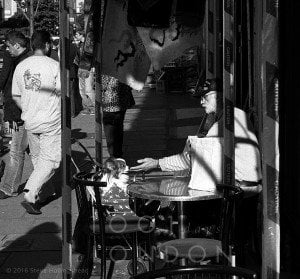 Oh, and the antiques bit of the market isn’t doing brilliantly either, thanks to the desirability of the property in this part of the world. So don’t just go blaming Hugh Grant. Oh, alright then, go on… 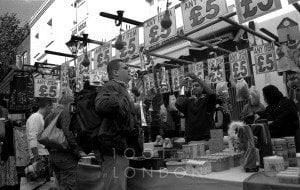 So that just leaves us with Damon & the boys’ lament…