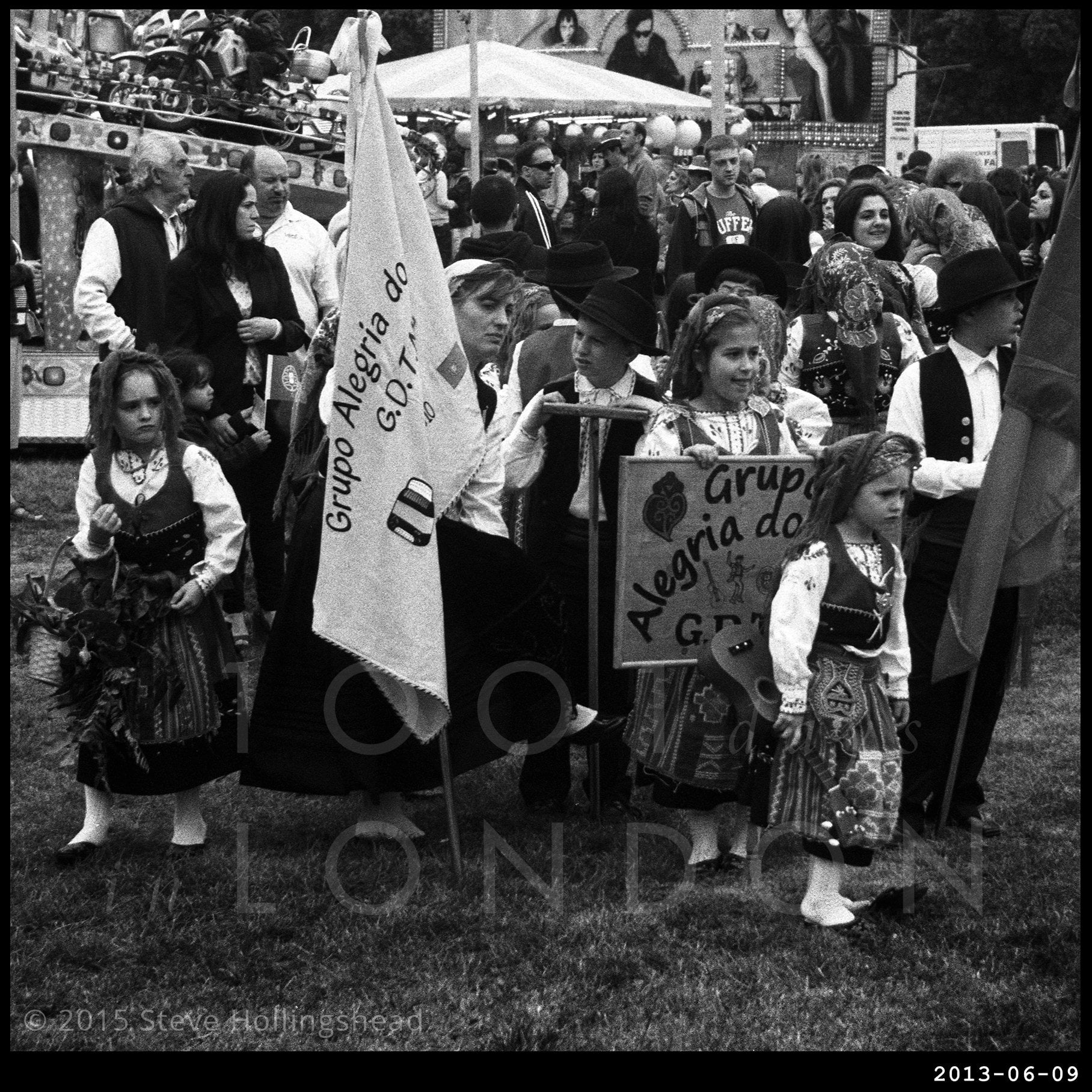 Forget those pesky types from France and Spain – Britain (or England, to be precise) has been best mates with Portugal since way back in the 14thC; and according to which Number Crunchers figures you believe, there’re anything between 80,000 and 800,000 Portuguese currently resident in the UK. A sizeable chunk of whatever the actual figure is seem to have gravitated to Stockwell & its environs over the past few decades, and, by and large, use nearby Kennington Park in early June to celebrate Portuguese National Day (& the very similar Madeira Day celebrations on occasion as well). 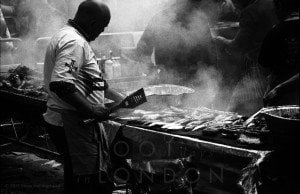 What distinguishes this event from most other summer gatherings (apart from the multitude of Ronaldo replica shirts) is the eye-catching semi-circle of barbeque stalls all providing vast quantities of chicken & sardines. And beer & wine, naturally.

Most of the audience crowd around the main stage enjoying Portuguese and not-necessarily-Portuguese entertainment; whilst performers in national costume have to make their way to a small platform round by the funfair in order to demonstrate traditional dances, to a small but appreciative audience.

And this was their somewhat dizzying song for the 2014 World Cup (which remarkably barely features You Know Who). 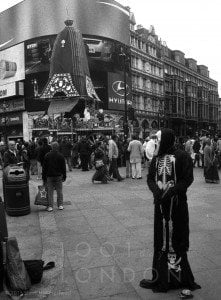 The Hare Krishna Rathayatra Chariot Festival comes through Piccadilly, much to the bemusement of, er, Death. The Chariots will feature on another occasion. No doubt Death will as well…