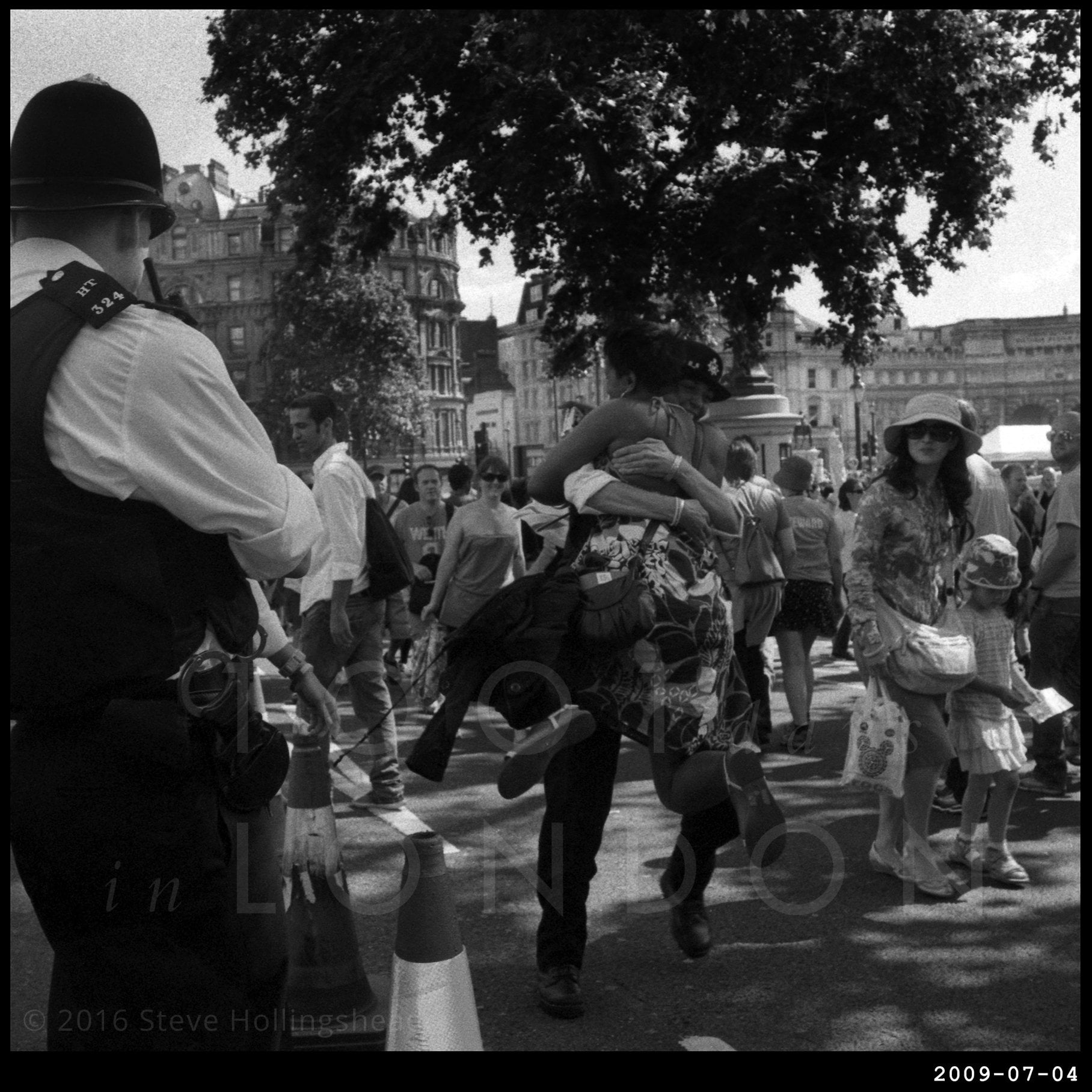 No, the Met haven’t introduced a ‘free hugs’ policy to improve their relationship with the general public – not with this level of enthusiasm, anyway. 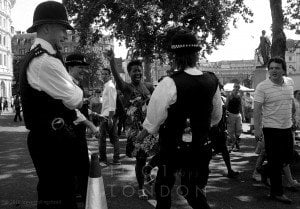 These, one surmises, are a couple of old chums unexpectedly coming across each other at this year’s Pride celebration, which, by 2009, has evolved into much more than a protest march followed by a party: now, most of Soho, Trafalgar Square and immediate environs have gone rainbow for the afternoon & evening (and probably through to the following morning as well). 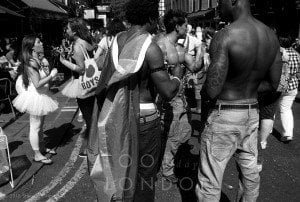 Meanwhile, not that far away in Jubilee Gardens on the South Bank, there’s a very different mood, as survivors, colleagues and supporters of the International Brigade have gathered to commemorate those who went to Spain to fight Franco’s fascists in the late 1930’s, at the memorial created by Ian Walters in 1985. Robert Elms did the reading, and ‘My London DIary‘ was obviously there as well… 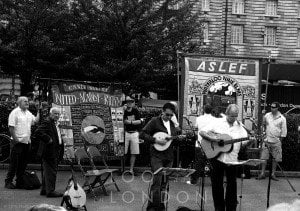 And not far from that, at the back of the Festival Hall (yes, that place again), there’s a bold theatrical retelling of Coleridge’s Rime of the Ancient Mariner taking place, with over 150 local schoolchildren and members of (the sadly now defunct) Bellowhead. Unfortunately the actor due to play the Mariner had to drop out due to illness and director Andrew Steggall had to fill in, not that many people noticed amidst the colour and spectacle going on (strange multilingual view of the event here). 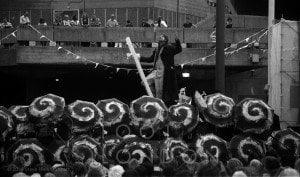 A couple of years after this, the notorious Tiger Lillies presented their own version of Coleridge’s epic in the Queen Elizabeth Hall ­ – very definitely without any children in attendance.