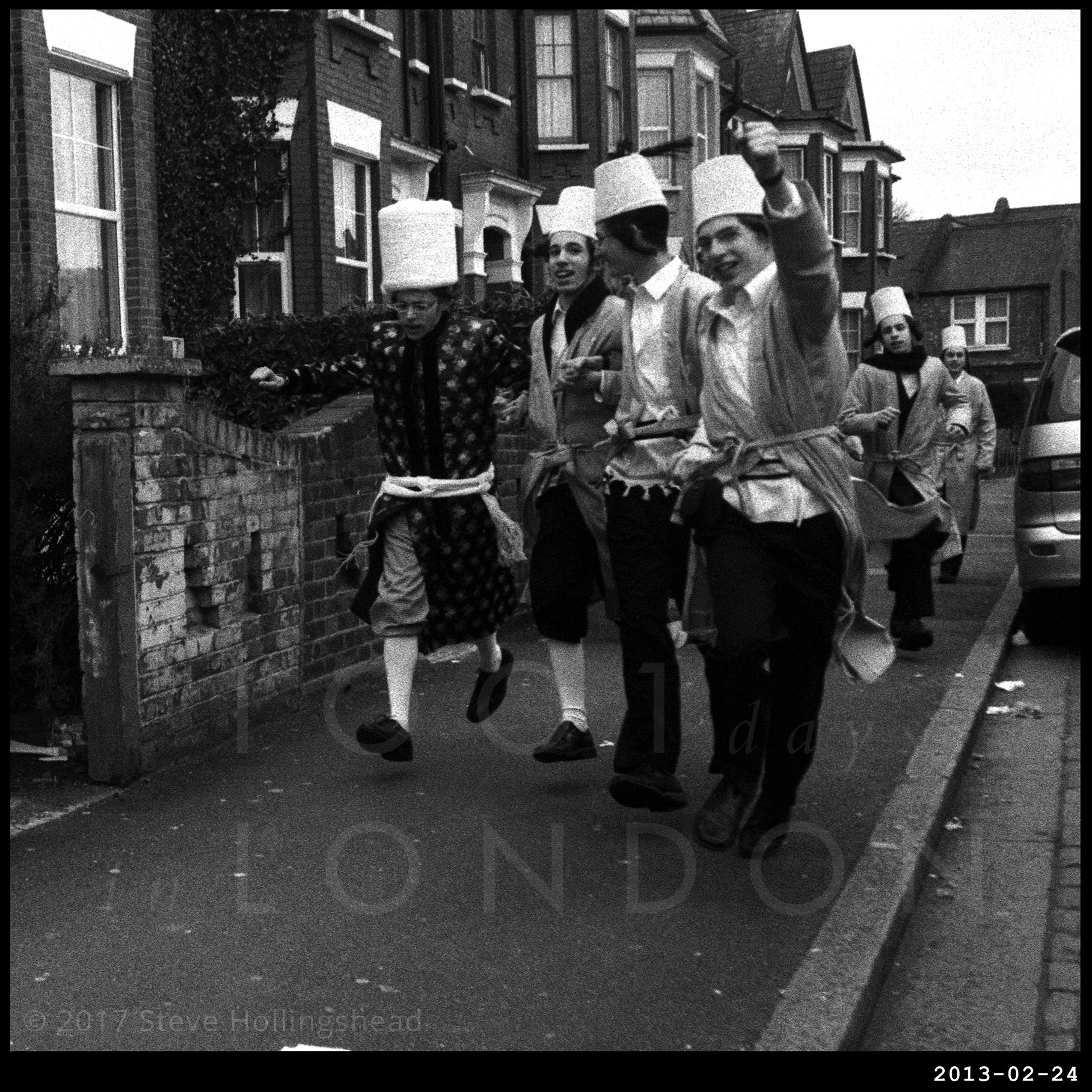 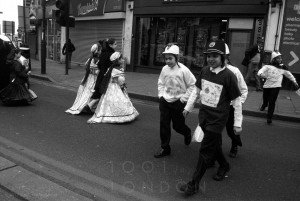 ‘Purim is not all about getting drunk’ – so says the Rabbi here, and he’s quite right – although the feelings of ‘ecstasy’ experienced during the process of getting drunk is apparently exactly what’s called for as a way of fully expressing the emotional high created to commemorate Esther’s success in saving the Jews from the Persia’s royal vizier Haman’s plans to destroy them all [a very long time ago]. 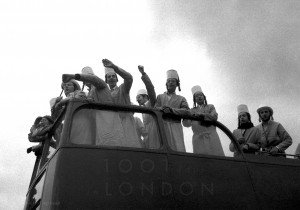 Purim is also about giving & receiving gifts, enjoying a celebratory family meal and dressing up in costume – all of which appeal much more to the younger participants in this festival than any of that nasty alcohol stuff. 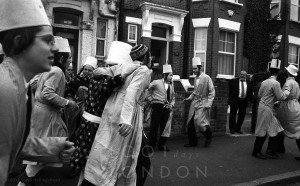 So if you happen to be passing through Stamford Hill on this particular day of celebration, you’re likely to come across a constant stream of children in fancy dress making their way to and from houses of friends and relatives as well as any number of open top buses and small lorries, filled with young Hasidics, driving around belting out klezmer tunes and generating a party atmosphere that’s in complete contrast to how most of the local community generally go about their business in this part of the world – the Jewish community of Stamford Hill being acknowledged as being especially Orthodox and more than a little, shall we say, tight knit. 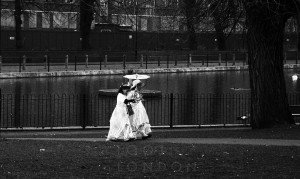 Anyway, here’s the Maccabeats’ take on the whole experience, and here’re are few people expressing their happiness.