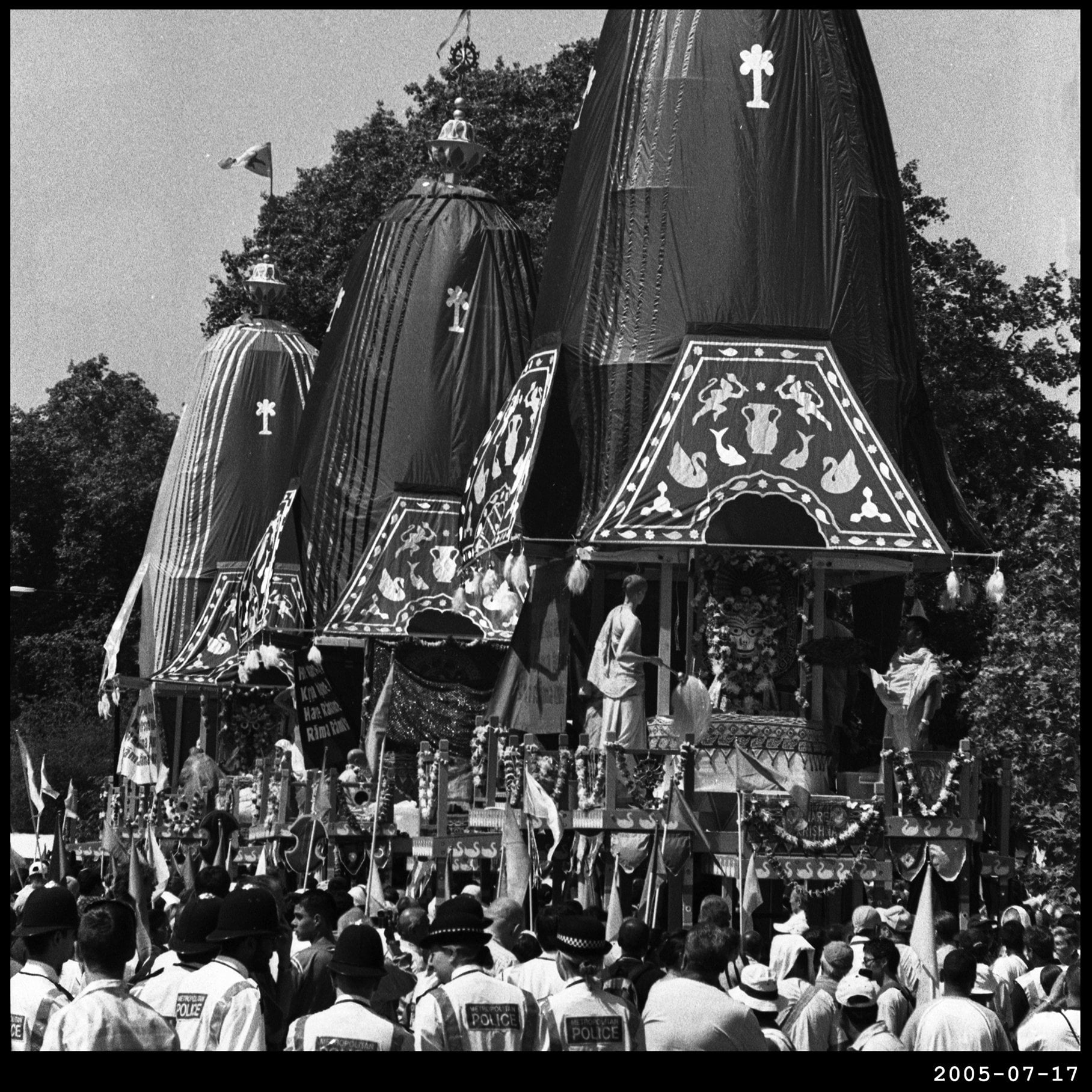 Yes, this is a little bit bigger than the usual small group of Krishna devotees taking to the streets around their Soho temple just off Oxford Street (which most people assume is mainly a good value for money veggie restaurant), who have generally been the butt of cheap jokes for decades.

In fact for this particular outing there are (according to their own count, anyway) tens of thousands of followers, making the journey from Hyde Park Corner to Trafalgar Square, where the Chariots, or ‘carts’, one for each of the Deities (Jagannatha, Subhadra, and Balarama if you must know) are lined up outside the National Gallery where followers line up to make their offerings. There’s a lot of joyous singing and dancing, and a massive queue for the free plates of food. 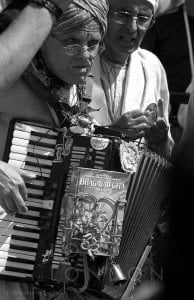 This is the festival of Rathayatra, which has been taking place in Puri for over 2,000 years, and in London for about 50 years – which is about the time the International Society for Krishna Consciousness hit these shores after emerging in New York (unsurprisingly as part of the Hippy Movement) in 1966.

George Harrison was probably their most celebrated enthusiast at the time – sadly there’s no record of George & the team’s appearance on Top of the Pops performing this. However, there’s still young Crispin and the gang to keep the spirits up.