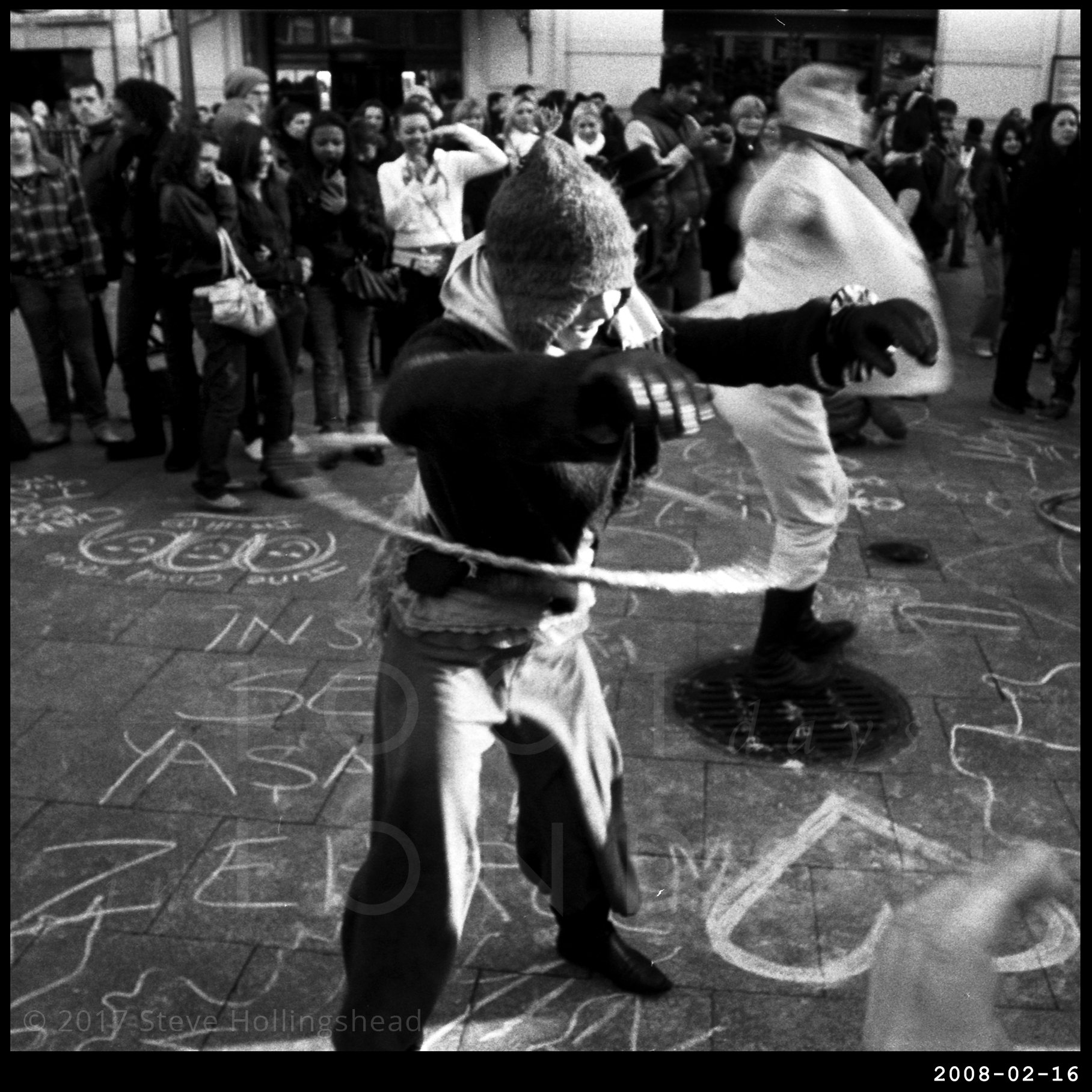 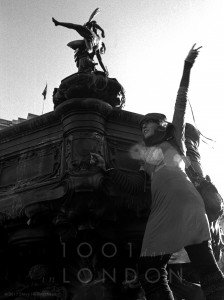 Now this is what Valentine’s Day should be all about: instead of the panic buying of over-priced flowers [sorry florists – appreciate you need to make the most of any opportunity…] and confectionery and a ‘Special’ meal, and let’s not forget the ‘ooh, I don’t recognize that writing…’ card, this is a Big Hug for everybody [yes, I know we can think of some very notable exceptions, but let’s not go there today]. And where could be better as a venue for this mass gathering of grande amour than the statue of Eros on Valentine’s Day? Except, as just about everybody knows, this isn’t actually Eros, and it’s also a tiny bit late for Valentine’s Day proper.

Nevertheless, the ‘Reclaim Love’ crowd here seems to be getting larger and livelier by the year (this is apparently the 5th year performance poet Venus Cumara has encouraged anyone and everyone to come and share the positive vibe), helped along by the obligatory samba band, a small sound system and some rather skilful Hula Hoopers (which makes a change from the usual performance here). 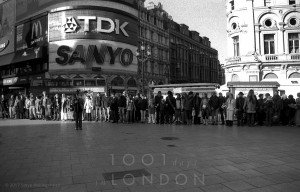 Such is the warmth generated by the collective spirit of goodwill generated by the attendees that the police sensibly choose to keep a distance, even when the whole pedestrian area is cleared to create a vast circle of love. 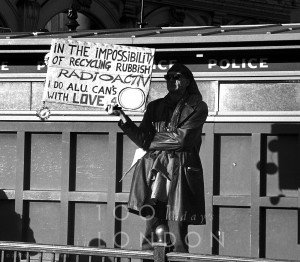 And you say it’s not Eros? No – it’s actually his rather less celebrated brother Anteros whom Alfred Gilbert created to celebrate Lord Shaftesbury, famous philanthropist and Patron Saint of Musicals.

Anteros is apparently known as the god of requited love, so it’s all pretty much the same, really, except, as far as I know, Eros didn’t go off to form a band.