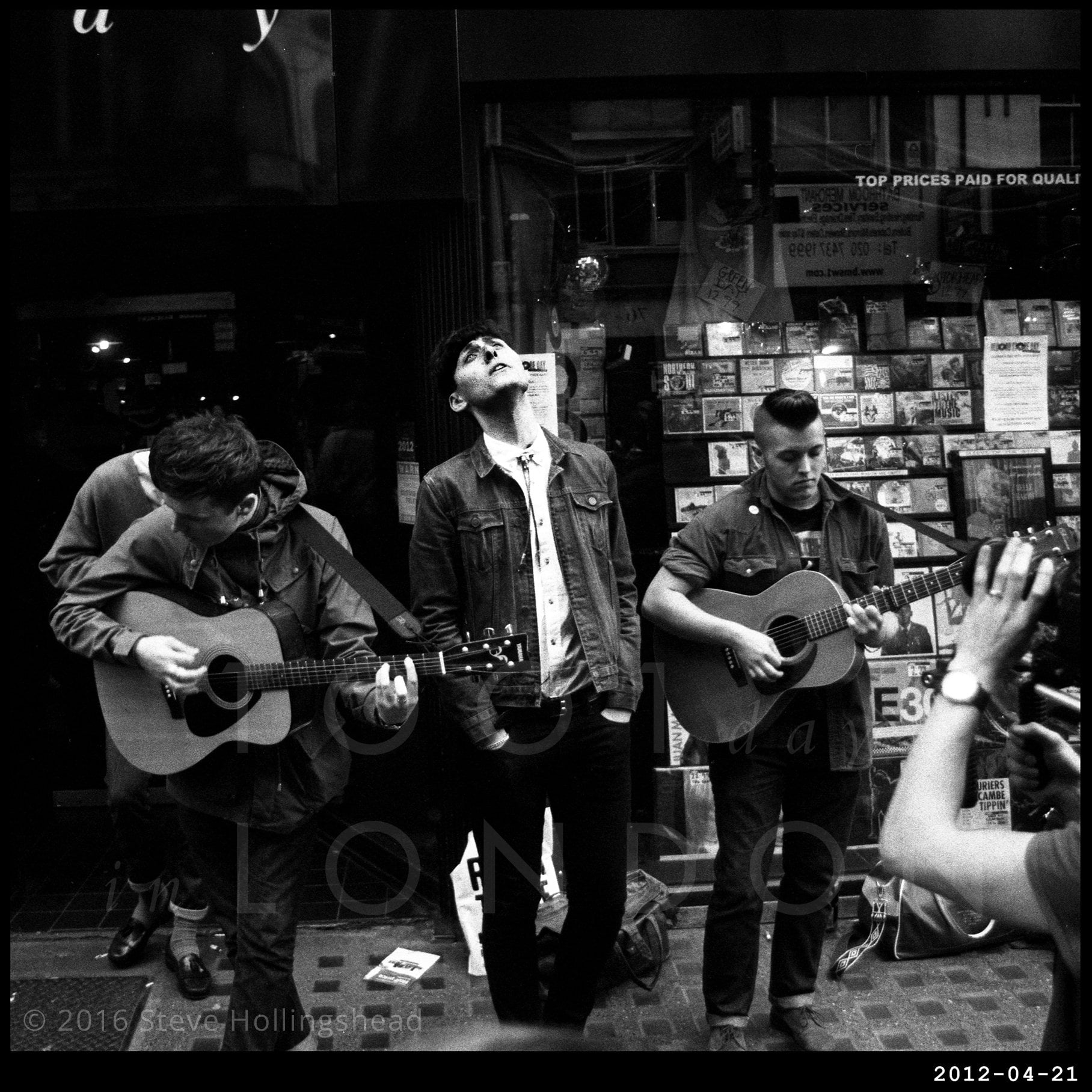 This bunch of fresh-faced young mop-tops performing a couple of acoustic numbers outside Sister Ray record shop in Berwick Street are Morecambe band The Heartbreaks doing their bit for 2012’s Record Store Day. The annual event to promote independent record shops (which only began in 2007) has, to some extent, been a major factor in the resurgence of vinyl as a popular means by which to listen to the latest hip sounds.

Of course, the act of actually paying for your music at all, let alone buying a large chunk of flattened plastic containing only two songs, seems to baffle most people under 30 these days, but that hasn’t stopped the massive queues and packed streets on this particular day (although how many are actually buying records to listen to rather than sell is debatable). And there’s always the chance of seeing some of your favourite musicians mixing with the fans. 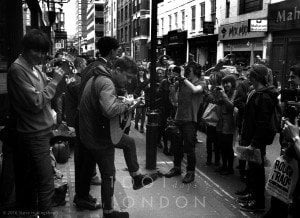 Sadly, it’s highly unlikely we’ll be seeing the return of these anytime soon, though more of this could only be a good thing.

And The Heartbreaks? Well, after a couple of well received albums, they didn’t quite get the breaks some thought they deserved, though one of them, at least, seems happy in his new career. This is the tune some of us fortunate bystanders got to take away as a souvenir.