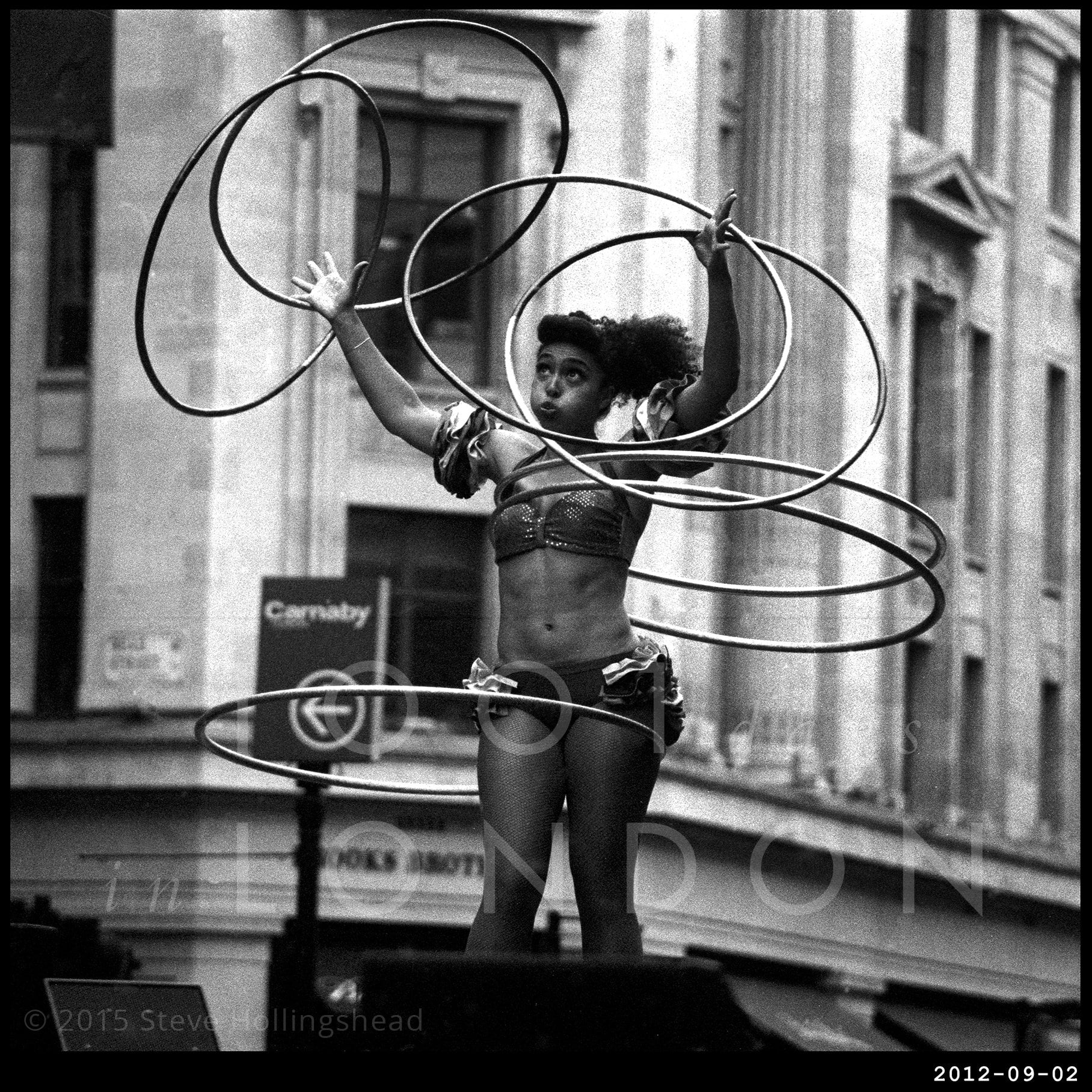 Although the closing of Regent Street for grand marketing/street festival events on certain days of the year have become an established part of the West End Calendar in recent years, the sudden appearance of hundreds of circus acts and street performers on a late summer Sunday in 2012 took most people by surprise, there being little or no pre-publicity about the event.

‘Piccadilly Circus Circus’ (see what they did there?) took over the streets around Eros and up and down Regent Street with a host of trapeze artists, acrobats and tightrope walkers more usually seen in a big white tent. Organised by Crying Out Loud as part the London 2012 festival, the event culminated in a spectacular night-time display from Place des Anges .

There were plenty of other activities at ground level for those whose necks needed a rest. Here we have the amazing Marawa, or Marawa the Amazing, in fact, in a hula hooping triple bill also featuring the Hoola Hooping Bon Bons and Hoop La La (yes, we have mentioned them once already).

Ah, hoola-hoops – a perennial festival favourite, an international craze in the 50’s, attempted revival in the 70’s and a star in the brilliant Hudsucker Proxy (well I think so anyway). All we need now is a song…