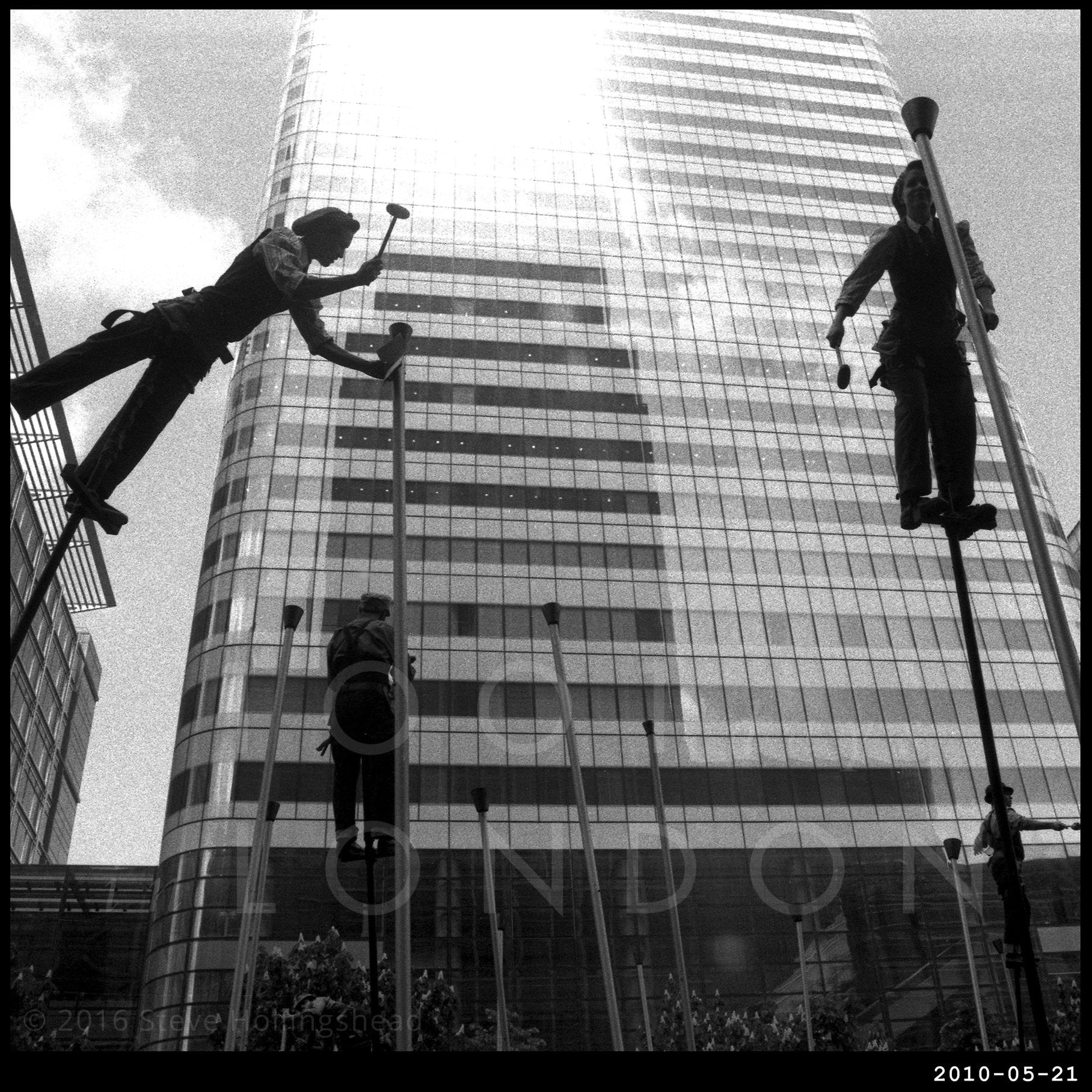 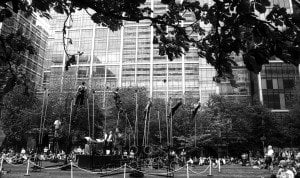 It’s very considerate of these performers to extend their percussive performance above a certain height so that those poor unfortunates working through their lunch hours in floors 10 – 15 can see some of the action – this square being enclosed by three of the tallest buildings in the country. Those in the higher floors get most of London to look at anyway. 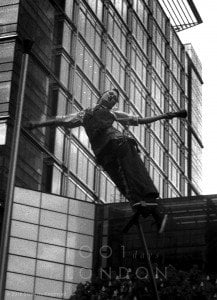 Taking pole dancing off in an entirely different direction are Australian aerialists Strange Fruit [and we’re assuming there’s no connection with that song] who are over here for the European debut of their work Ringing The Changes (having wowed the Melbourne crowds with it the previous year) – a preview event for the year’s Greenwich and Docklands International Festival, though the festival itself doesn’t actually get going for another month. And they’re still developing the project in 2016. 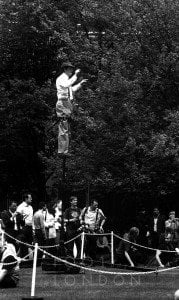 The rather stylish sculpture at the back of the square (in case you were wondering) is Big Blue created by master architect Ron Arad. 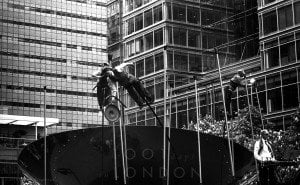 The sounds being created by these performers have been composed and arranged by fellow Aussie Graeme Leak, the man responsible for the no-experience-necessary Noise Orchestra, and who is particularly popular with Spaghetti Western enthusiasts for this memorable night out at the Albert Hall. He also aurally choreographed this spectacular finale to the 2006 Commonwealth Games, also in Melbourne.