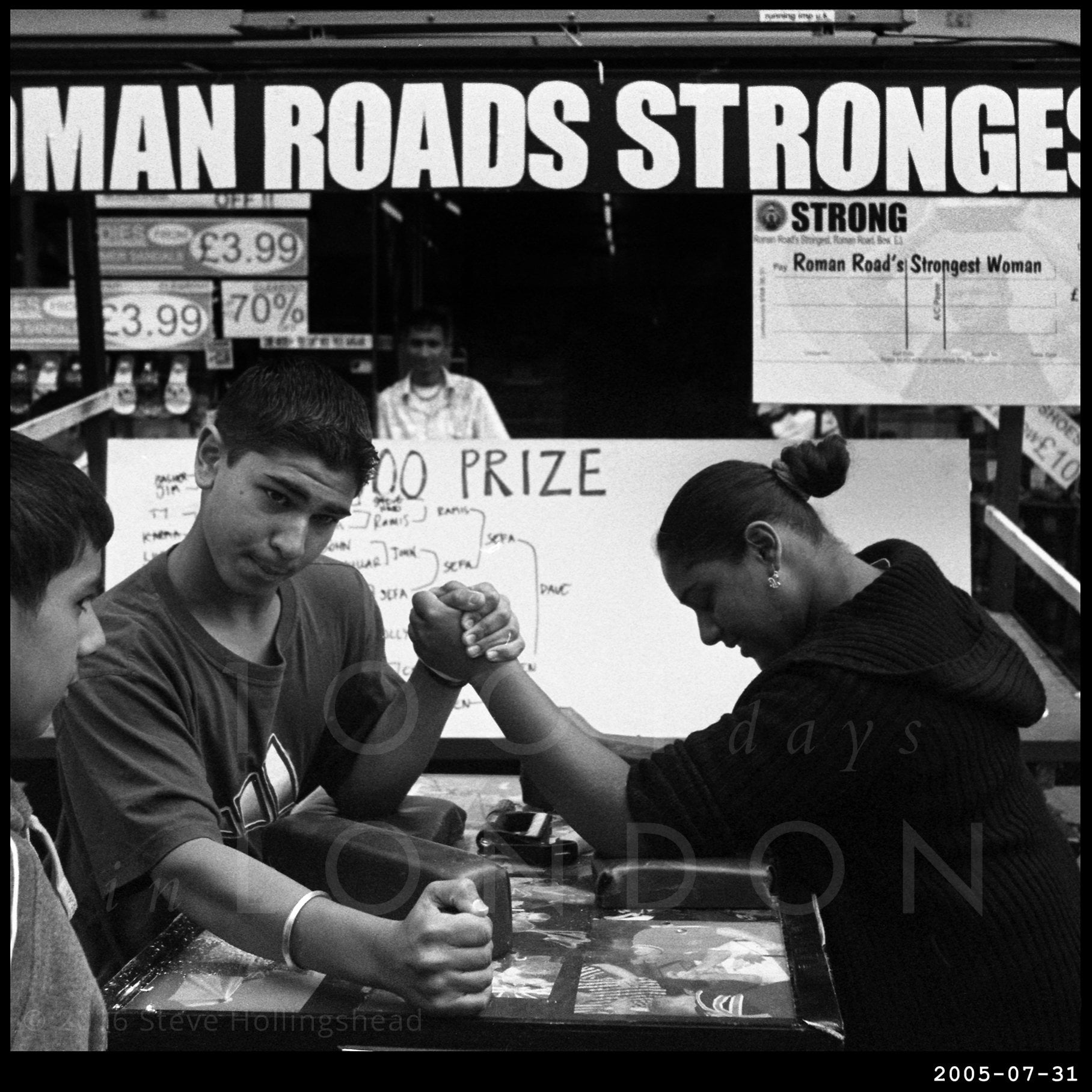 Seeing as the Romans were renowned throughout the length and breadth of their massive empire for (amongst one or two other things, of course) their straight roads, it is an honour indeed for this small mile-long stretch of it to be given the eponymous title – especially as it’s not entirely proven this actually was their main route to Camulodunum. 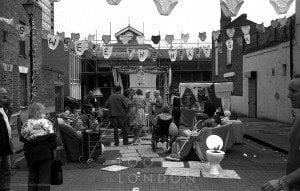 Anyway, there’s been a popular street market on this bit of it for over 150 years, but as with a lot of traditional street markets, the last few decades haven’t been kind. Belatedly there’ve been efforts to liven up the neighbourhood, which, as if you didn’t know, is gentrifying along very nicely, thanks. The saintly Mary Portas had a go, with mixed results, but now there’s a proper community /business improvement organisation, and an annual festival to look forward to. 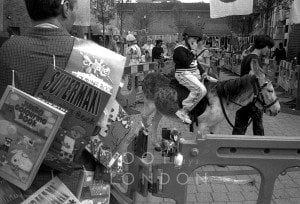 For some reason, the street festivals here a decade earlier seem to have been written out of history, which is a shame, seeing as they were quite popular and, for the time, unusual and innovative. Along with the arm wrestling competition, we had the delightful Laundtrettas with their outdoor tea room, a bizarre fancy dress relay, and, er, donkey rides (yes, that’s a man covered in colouring-in books. No, I don’t know why either). 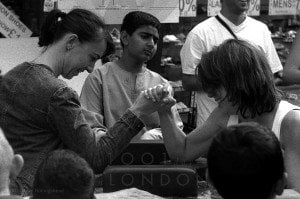 And so… for some classic arm wrestling there’s this, or this; and for a tune there’s this which, If I’m not seriously mistaken, was shot just down the road from here.