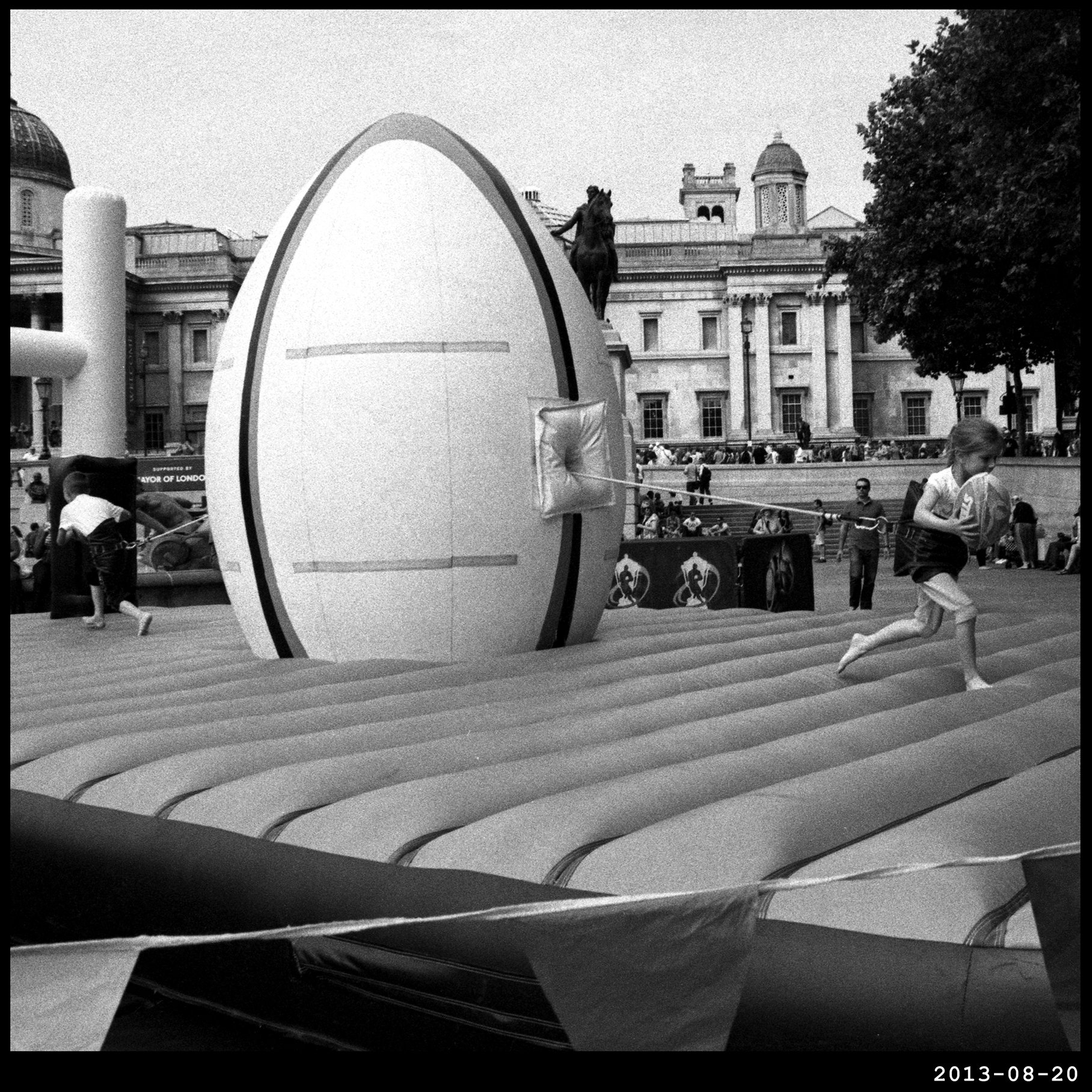 First off – what’s going on here? Well for those of you unfamiliar with the huge variety of fun options in the bouncy/bungee world of leisure pastimes, this is a rugby version of a tug of war ‘Eliminator Run’ in which two competitors attached by an elastic cord attempt to score tries ‘against each other’ so to speak Similar to this in fact. Simple, fun and totally knackering. 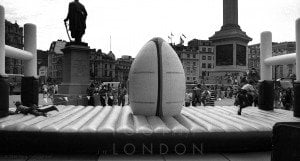 And why is it in Trafalgar Square? Well it’s part of a promotional event for the upcoming Rugby World Cup Finals – that’s Rugby League, to be precise: a sport generally associated with tough but honest northerners, escaping the grimness of the pit through sport – as opposed to Rugby Union: until 1995 an amateur’s game played by softy southern University chaps called Nigel. And the Welsh. One or two elements mentioned here might possibly have changed a bit since then.

Despite all this, London Mayor and sporting icon Boris Johnson set up this promotional event, even though the finals themselves weren’t starting for another two months, with the majority of games – including the final – being played in the north (and Australia won. Again). 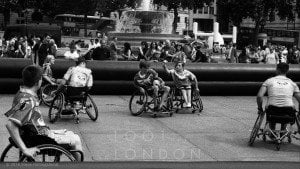 So, along with the bungee thing there was a coaching masterclass with Martin Offiah and Kevin Sinfield and some wheelchair rugby league activities, including a demonstration game with England’s Wheelchair World Cup finalists. And some cheerleaders.

Back to hardened northerners: this is one of the great sporting films of the sixties, and this isn’t the theme music for it, but should have been.