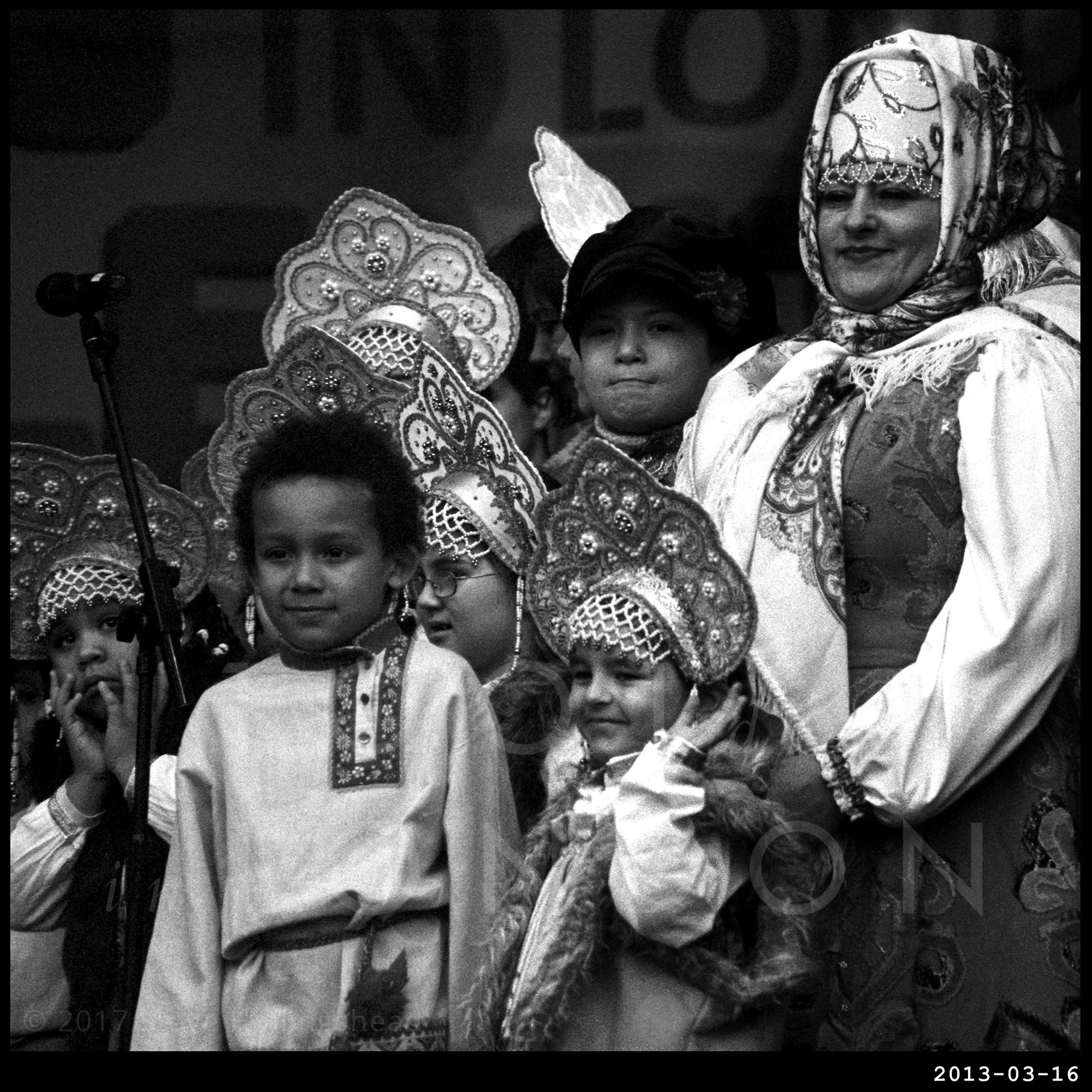 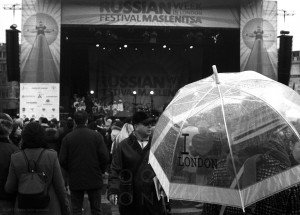 It’s tempting fate to christen your event The Sun Festival, particularly at this time of year, when the capriciousness of the UK climate can pretty much guarantee the non-appearance of said glowing orb on the very day you plan to celebrate it. 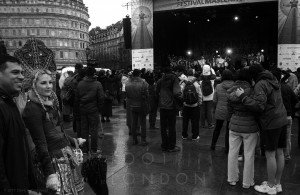 So this year’s Russian spring gathering in Trafalgar Square doesn’t have quite the crowds of previous years. Still, those that have braved the weather are making the most of it, with one spirited audience member at least getting into the swing of things, complementing these young traditional [quite a big thing in Russia these days, I’m told] performers with her fetching folk costume of sarafan dress and kokoshnik tiara. 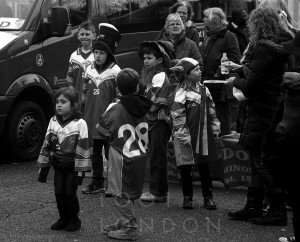 24 hours following this event, the costumes on display here in the square will be of a more verdant hue when central London becomes a mini-Ireland for the St Patrick’s Day celebrations.

Today, however, that’s all happening in Willesden (London’s longest established Irish community) – well, it would be if the wet weather [which, to be honest, shouldn’t be unfamiliar to the Irish], seriously reduced funding/sponsorship and the competition from the Six Nations tournament [which frankly isn’t going too well, either] combine to result in a much reduced experience compared to other years. 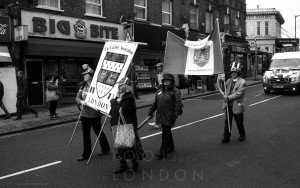