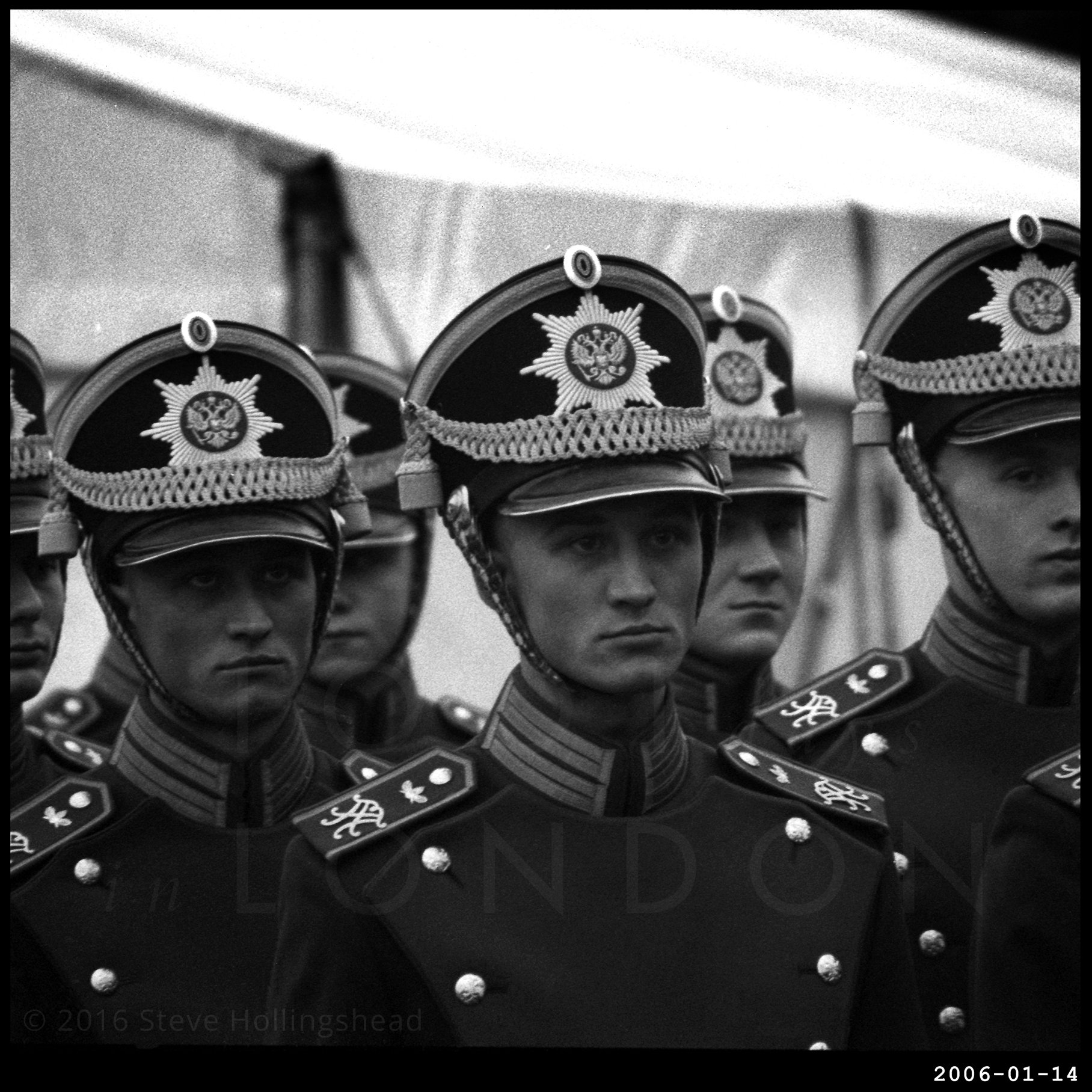 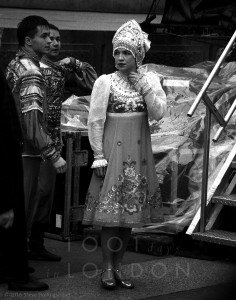 Back in the early Noughties, when everyone was Best Friends with everyone else, then London mayor Ken Livingstone proclaimed there would be a Russian Winter Festival in London every year (as long as he remained Mayor). Well that didn’t last long – although the official explanation for the no show in 2009 was the recent economic crisis, and anyway it’s a bit cold this time of year, so let’s celebrate Maslenitsa instead [when at least there’ll be a less ostentatious display of fur coats]. 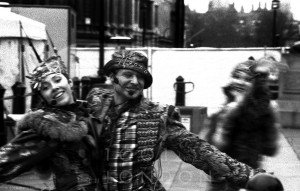 This is the second year Russia’s Old New Year (it’s all to do with the Julian calendar) has been celebrated in London, and as part of the proceedings we get to see a ‘performance’ for the first time outside Russia by the Kremlin Guard.

Joining this elite force means meeting some exacting criteria, and though these two look remarkably similar, the Russian army hasn’t taken to cloning yet [as far as I know…]. Anyway, anything they can do… 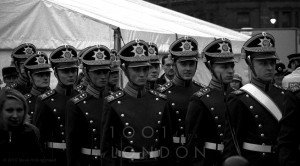 Another great draw for the afternoon is the formidable Nadezhda Kadysheva, whose take on traditional Russian folk music I’m sure goes down very well in the current climate of, shall we say, popular nationalism (though god knows what message this short film from her band is trying to tell us). 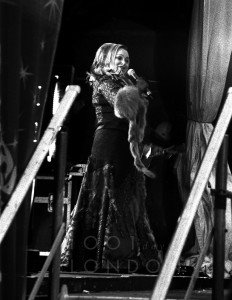 Anyway, back to our smart looking young chaps in uniform, and though their stylized form of marching is technically referred to as Stechschritt, to you and me it’s a goose-step, popular with all sorts of armed forces around the world and celebrated by the nice young chaps The Shins…