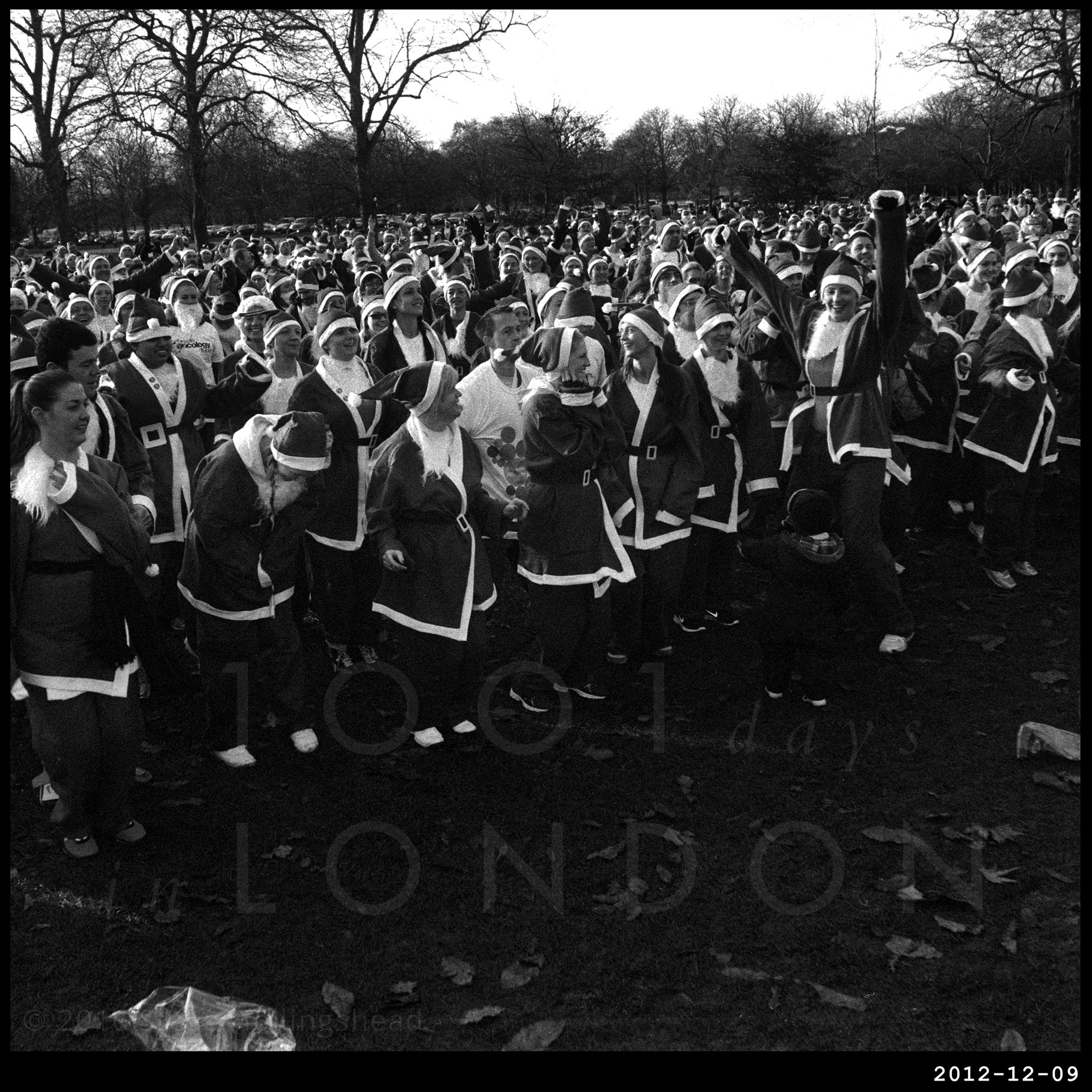 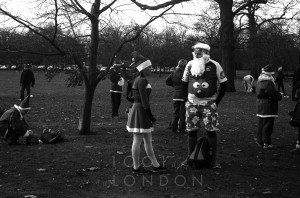 Residents of this area of London are not unfamiliar with the use of its local park by members of the sporting elite, most noticeably by providing the starting point of the city’s annual marathon, which the locals seem to welcome with open arms, and more recently by providing the venue for the equestrian competitions in the London 2012 Olympics and Paralympics, for which their arms were very much, er, closed. 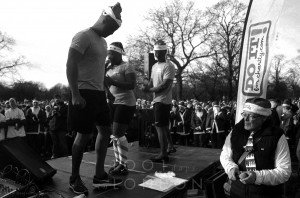 It didn’t help that a large chunk of the park was sectioned off for a lengthy period long before the games began and was a muddy quagmire for months afterwards – even as the masses of fun-running Santas were criss-crossing [what was available] of the park for their annual charity fund raiser a few weeks before Christmas. 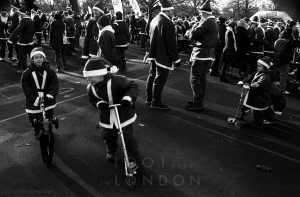 Ok, so we’re not quite talking about the sporting elite here [although who knows which superstars could be taking part under cover of a cunning disguise], but what these runners may lack in class, they make up for in enthusiasm – particularly during the now obligatory warm-up [and, as it’s 2012, it has to be that irritating South Korean floor-filler, doesn’t it?]. 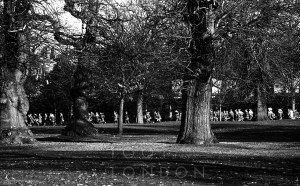 There are apparently around 3,000 Santas here, supporting a whole host of good causes large and small, under the umbrella organisation Do It For Charity. And because this is the place where time begins, so to speak, there’s a legitimate excuse for linking to this.