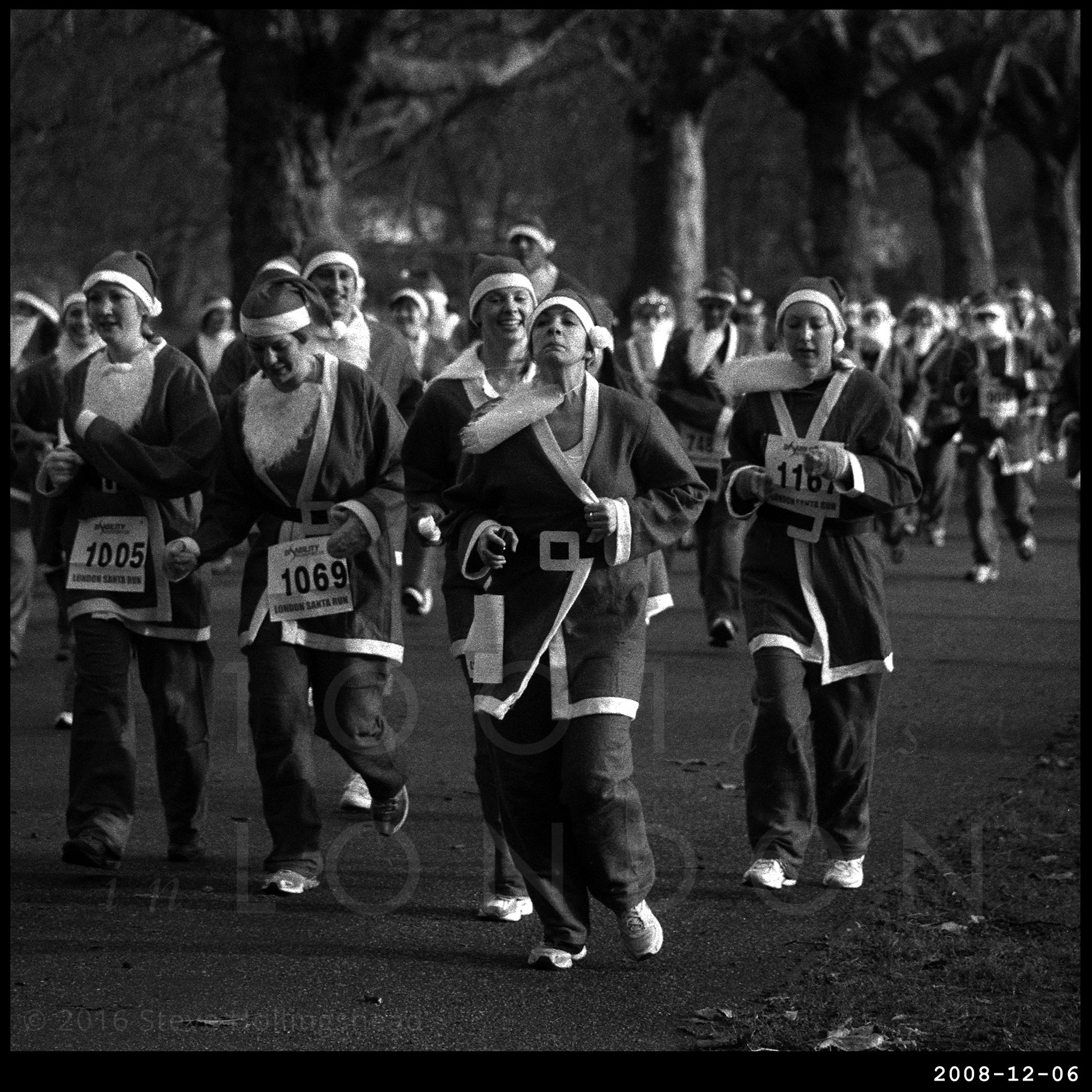 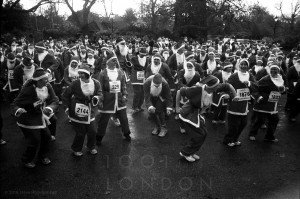 ‘Well, it all seemed like a great idea when we talked about It in the pub the other night…’ And so the simple enticement of a Free Santa Costume (that’s ‘free’ once you’ve paid the registration fee and raised the minimum amount of sponsorship) along with Supporting A Good Cause finds thousands of befuddled participants of variable levels of fitness gathering in a park early on a Saturday morning preparing to take on a 5K or 10k run. And a lot of them will have no doubt had their office party the night before. 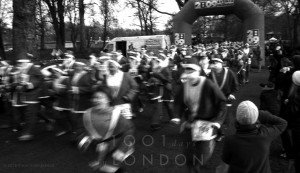 To be honest, even the warm-up looks challenging enough to this spectator [who, incidentally, is suffering the early symptoms of an as yet undiagnosed chronic eye condition and really isn’t appreciating the bright sunshine. And has his own annual event to rush back & prepare for, to boot…]. Still, it’s a scenic place, and you can always walk the route if you’re really suffering. 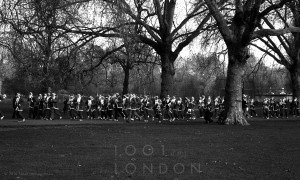 This was taken at a time when catching hundreds of santas en-masse was something of a novelty and worth making a journey for – now there are so many of these races, there’s every chance there’ll be one passing by your front door at some point during December. 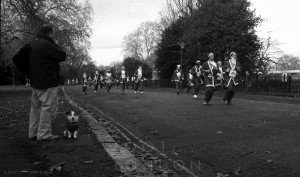 We’ve experienced a few events in Battersea Park already, and may have mentioned there’s a bit of development around by the Power Station. This is presumably the sales pitch used to entice those highly appreciated and much needed foreign investors to the area…