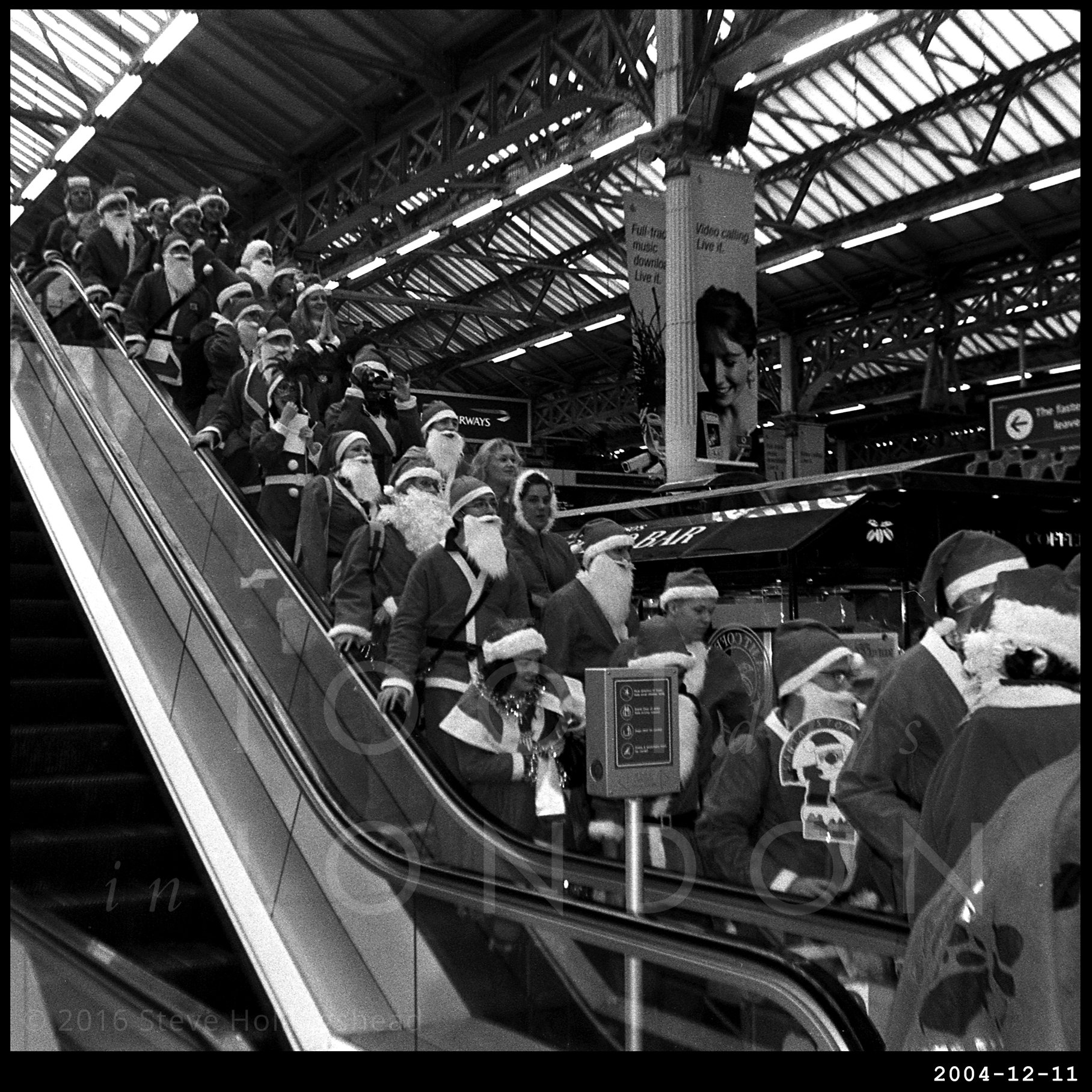 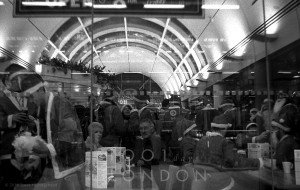 You can imagine the conversation: ‘well, we’ve got about half an hour before our train… I know – there’s a bar just above the concourse: that’s bound to be fairly quiet this time of day…’ and then two hundred revelers dressed in Santa outfits pile in and begin singing… [at least they’re still mostly sober at this point – as opposed to when they return here a few years later…] 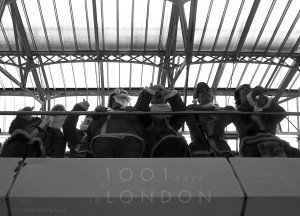 This isn’t the first time the red, white and bearded mob have taken London by storm (that was in 2001, apparently), but it’s still seen as quite the novelty by most passers-by. Veterans of these pioneering days will no doubt now look back misty-eyed on the time when virtually the entire gathering could get into a single pub at the same time (well, some pubs, anyway). 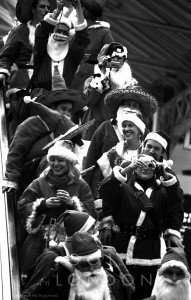 Of course, this colourful excuse for an all-day drinking session with like-minded strangers began in the States [otherwise it’d be called ‘Father Christmas and his friends pop into town for a few quiet beverages’, or something equally snappy], where it appears large crowds of inebriated young types in costumes aren’t indulged quite as benevolently as they are here. Maybe we’re just better singers. 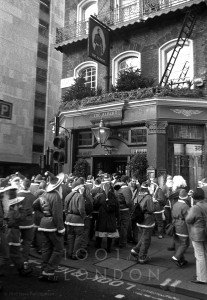 Anyway, the undoubted many attractions of the Wetherspoons in Victoria Station can only keep a Santa occupied for so long. Next stop is the old Queen’s other half just up the road. And no doubt they’re singing this song in her honour as they go. Ok, maybe not…