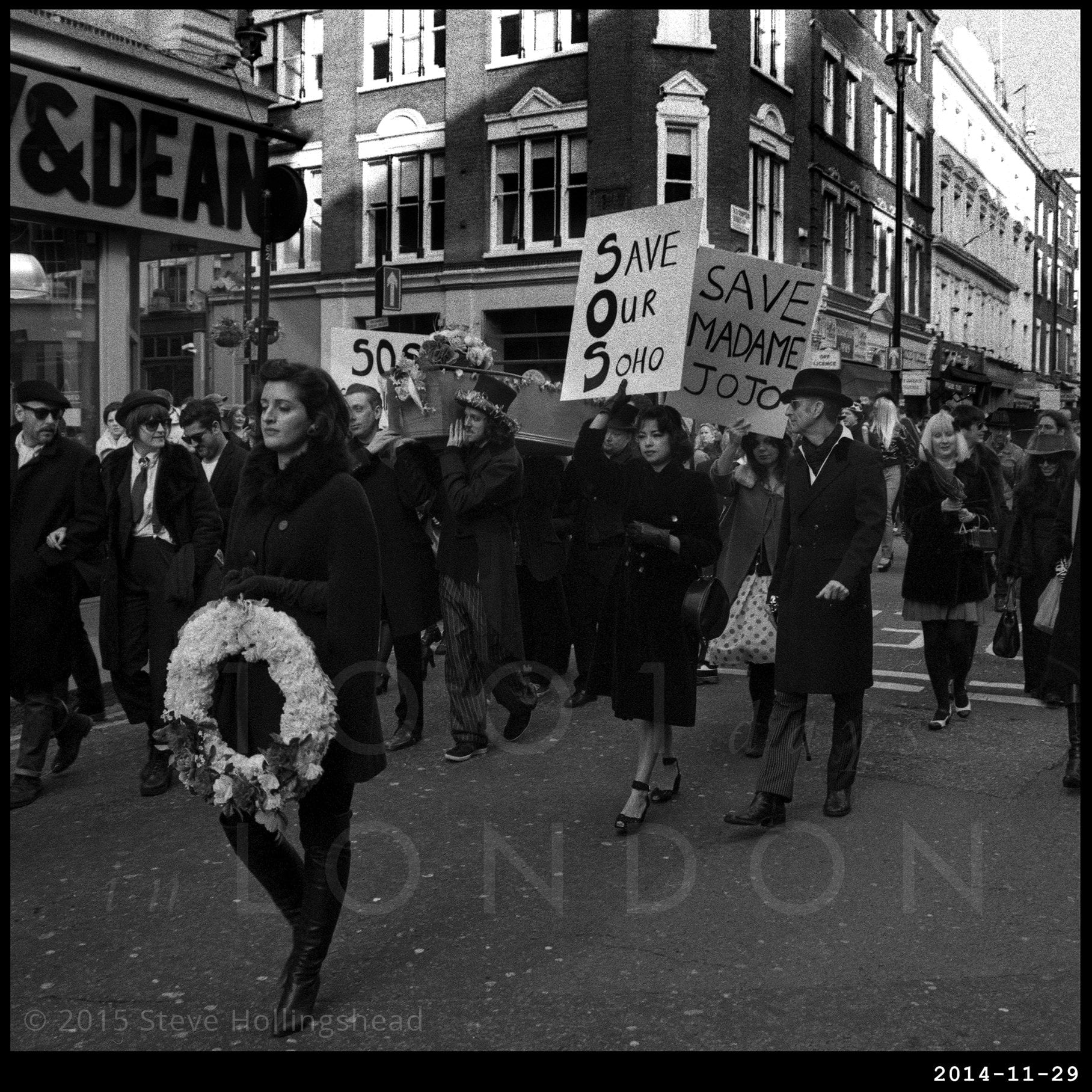 Save Our Soho campaign

…And so the homogenisation of London continues apace – although some may be surprised that it’s taken this long for developers to attempt to ‘maximize the potential’ of such a prized chunk of central London – presumably a lot of tenants have, until now, had reasonably good leases, and many are now finding it difficult or impossible to renew.

The urban village of Soho has enjoyed being the most eclectic and idiosyncratic neighbourhood in the city for over a century – endlessly reinventing itself from cosmopolitanism  in the 1920s and 30s to post-war jazz clubs, 50’s coffee bars and 60s sleaze, not to forget the British film industry, the tailors, drunken artists, a thriving LGBT scene and the odd ‘model’. It has some of the best bars and restaurants in the West End; it also possesses a school, a number of old churches, local shops and a community. 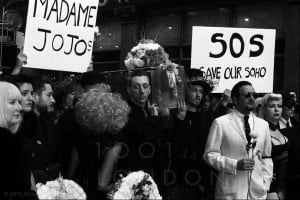 So, some of the locals have finally decided to stand up and be counted, garnering a fair amount of celebrity support on the way (though I’m not entirely sure courting the current Mayor is going to prove enormously popular with everyone). Too late, sadly, to save the infamous Madame JoJos, the aim is to preserve as much of the area’s character as possible.

At the forefront of the campaign is musician Tim Arnold, whose splendid paean to his manor ‘the Soho Hobo’ was released earlier last year. So why not share some of it…