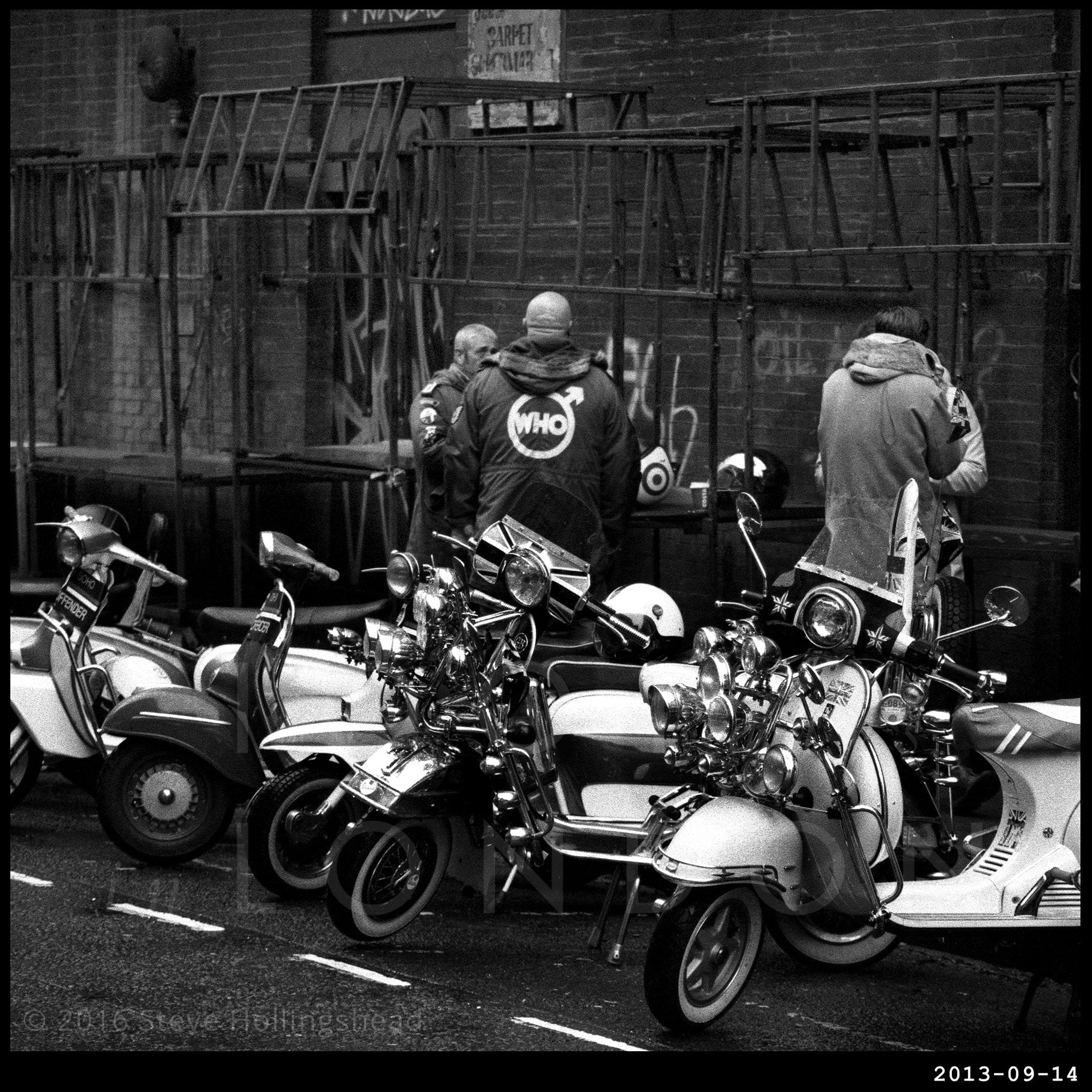 As mentioned before, Old School Mods like nothing better than an opportunity to get out the classic threads and go for a bit of a collective ride out, more often than not to the seaside. The advantage of Scoot the Thames is that you see plenty of water, but still end up in Central London, as, after having crossed all the (road, obviously) bridges between Tower Bridge and Waterloo, you end up with a bit of a knees-up at Lower Marsh (well, it might have been if the weather hadn’t been so rubbish that afternoon…). 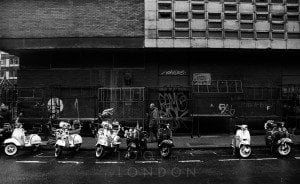 The meet-up point here is Goulston Street in Whitechapel – not the most glamorous of city streets, particularly on a quiet Saturday Morning (as opposed to Sundays, when it takes the overflow from Petticoat Lane market). It does, however, have some notoriety for its connections with Jack the Ripper, but also, for the best part of a century, was the home of Tubby Isaacs’ legendary seafood stall – jellied eels being his speciality (a bit of an acquired East End taste, that one). Sadly Tubby’s closed their shutter for the last time a few months before the gang gathered here for today’s outing. 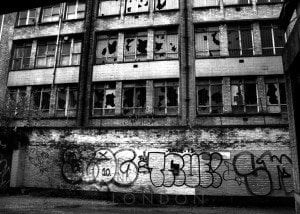 And talking of East End legends, these boys were considered the true Mod band back in the sixties.