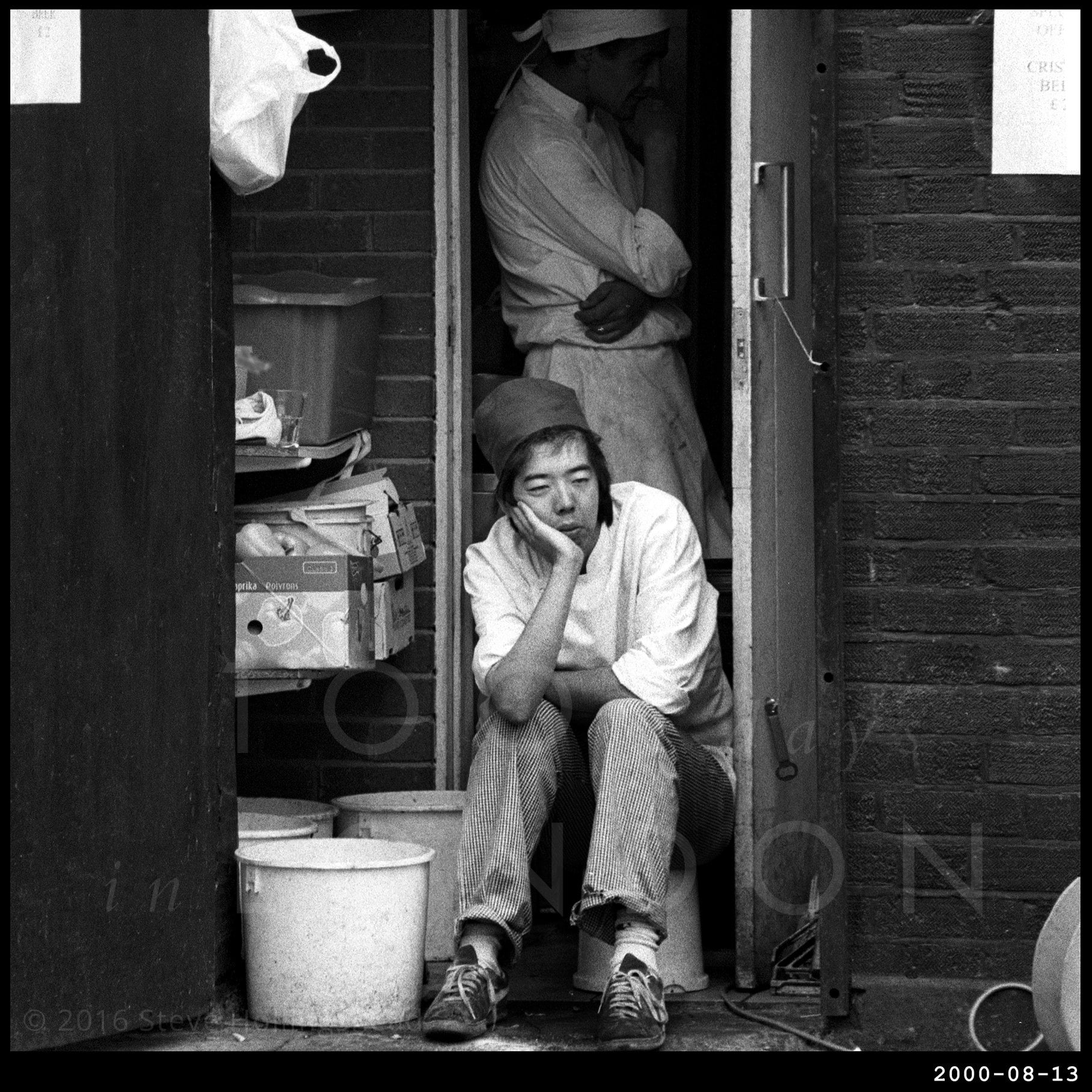 Back in the distant dark place that was the beginning of the 21st Century, life was so, so different: phones being used for conversations, photographs taken on film cameras (can you imagine that?) and an Internet on which nobody had the wherewithal or digital space to archive anything interesting currently happening. Like the London String of Pearls Millennium Festival, for example [ie: there aren’t going to be many links for this event here]. 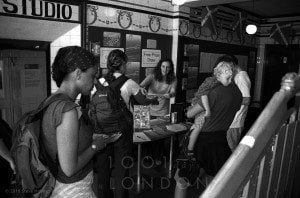 This was a year-long project to celebrate the new Millennium linking dozens of venues and organisations on or bordering the Thames – some providing unprecedented access, some putting on special events. 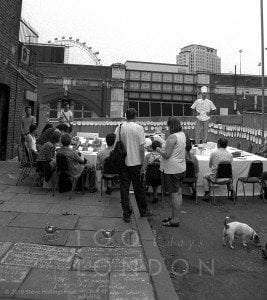 Senses of Place was one of those events: a project initiated by the Young Vic Theatre (featured before here) utilising five different venues along the Lower Marsh / The Cut stretch of the neighbourhood, each exploring one of the five senses – specifically with the local area and community as inspiration. ‘Taste’ was a food demonstration/performance at the top of Leake Street; ‘Smell’ an installation of perfumes and other items in an old junk shop; ‘Hearing’ was an installation of local sound recordings in a disused doctors surgery, etc… 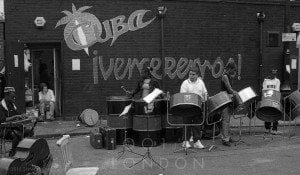 And the main image? Cubana restaurant was slap-bang in the middle of these venues: it laid on some live music on its terrace area, and, it appears, was probably somewhat busier than these staff members had anticipated…

Talking of ‘String of Pearls’, I did managed to dig out this interesting article about something that didn’t happen. Meanwhile, I can’t find a steel pan version of this, so we’ll have to have Benny’s version instead.