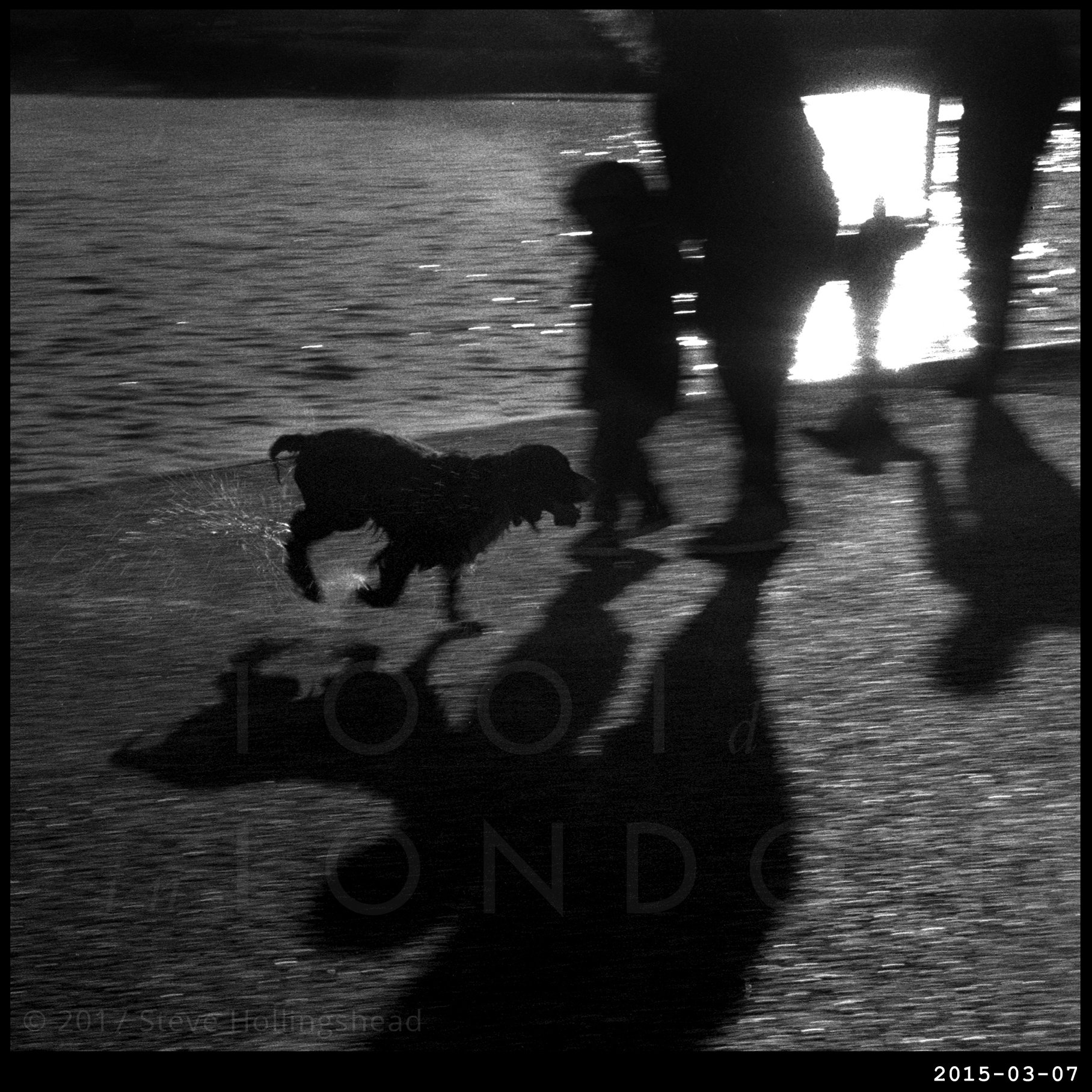 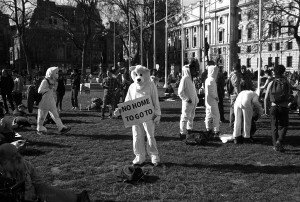 One of those it’s-not-quite-spring-but-we’re-going-to-act-as-if-it-is days in which the unusually pleasant late winter sunshine is shining benignly on the thousands of *ahem* climate change and anti-fracking protesters gradually making their way into Parliament Square for a rally after their march from Lincolns Inn Fields – and I’m sure all the committed and knowledgable citizens here have since been greatly comforted by the reassuring messages emanating from the new government in the US – alongside the rest of us over everything else, no doubt [*weeps*…] 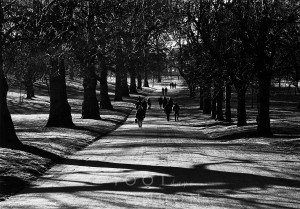 Anyway, as it’s such a fine afternoon, we don’t hang around for all the speeches, but head through St James’s and Green Park towards Hyde Park, particularly to the Serpentine, where the low sun is providing a fair amount of drama – and where everyone else and his dog are out making the most of the sunshine, it appears – the dog in question being – correct me if I’m wrong – a cocker spaniel, whose swimming lessons have obviously not been wasted. Not sure if the singing lessons are going quite as well, though. Maybe Modest Mouse can help. 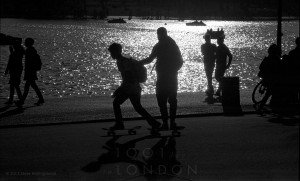 And then it’s over to Trafalgar Square where the latest 4th Plinth commission – ‘Gift Horse’ by German artist Hans Haacke – has recently been unveiled [London Mayor Boris Johnson fully in tune with the sculpture’s political message, no doubt]. 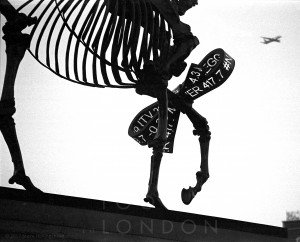