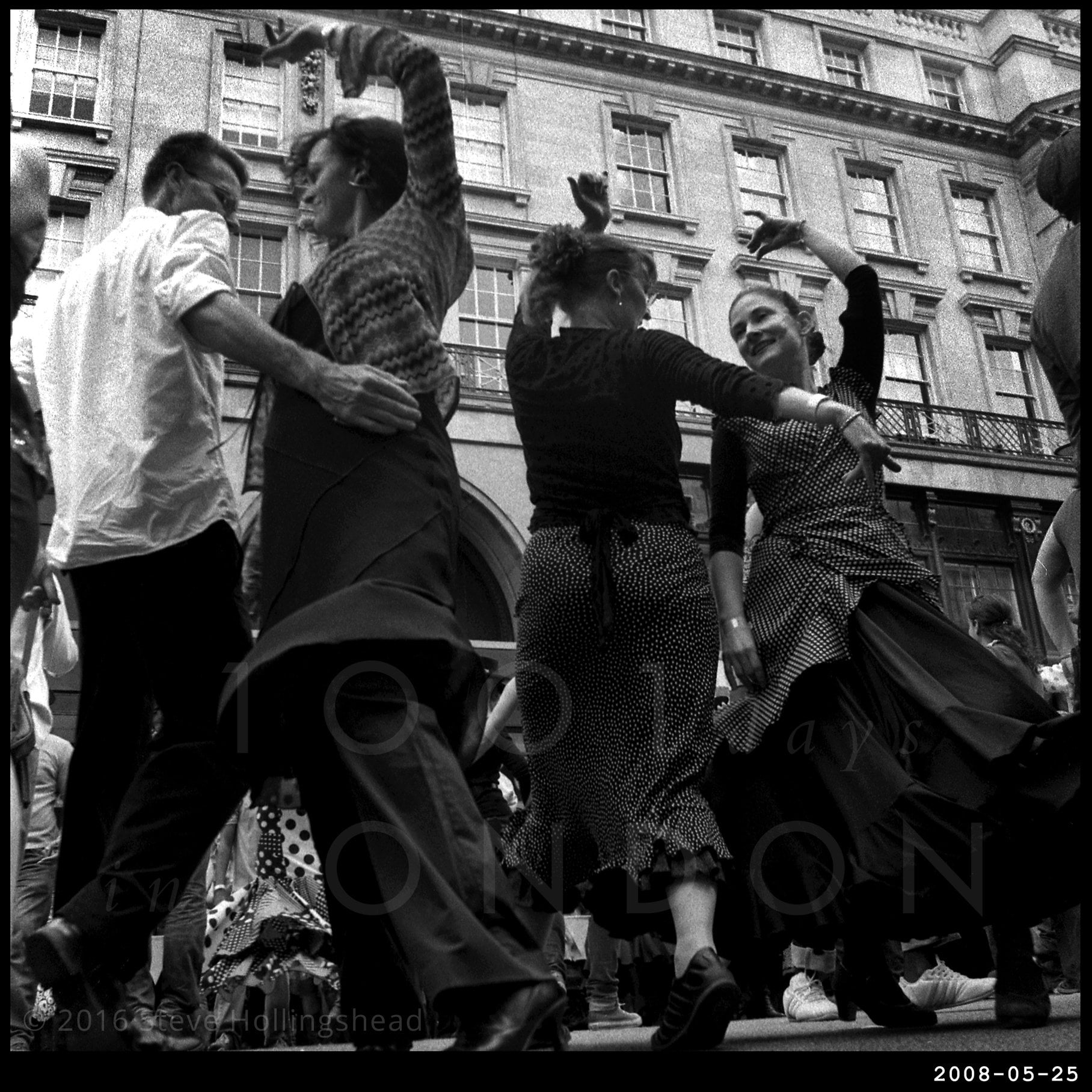 As this blog progresses, the need/opportunity to back-reference posts is inevitably bound to grow (possibly so much so that post 1001 will be nothing but links to previous entries) – you have been warned.

And so, here we have the closing off of Regent Street for a World Record Attempt during a Spanish festival involving mass dancing.

It is, in fact, an attempt at the world record of number of participants taking part in a Sevillanas dance (that’s a dance that apparently originated in Castille, not Seville, just to confuse you, but is generally associated with the region of Andalucia), which isn’t Flamenco (partly because it’s choreographed, and Flamenco generally isn’t), but it’s as near as dammit to us plebs. 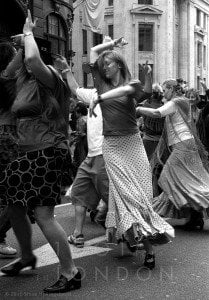 Over 450 couples took part in the street-long event, which was good enough for Guinness back in 2008, but wouldn’t be now, as that figure has been passed by a long chalk since: 1500 in Cordoba in 2012 and presumably more in Estepona since, but these are both in Spain, so that’s cheating in my book.

For anyone interested in learning Sevillanas/Flamenco, there are plenty of places in London to give it a go. If Morecambe and Wise and Groucho Marx [you get to it eventually] can do it, then so can anyone. And it’s never too young to start. 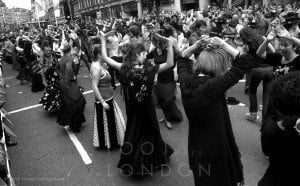 And with this sort of dancing you need some good guitar music: Sabicas is up there with the best. This, however, is just bonkers…