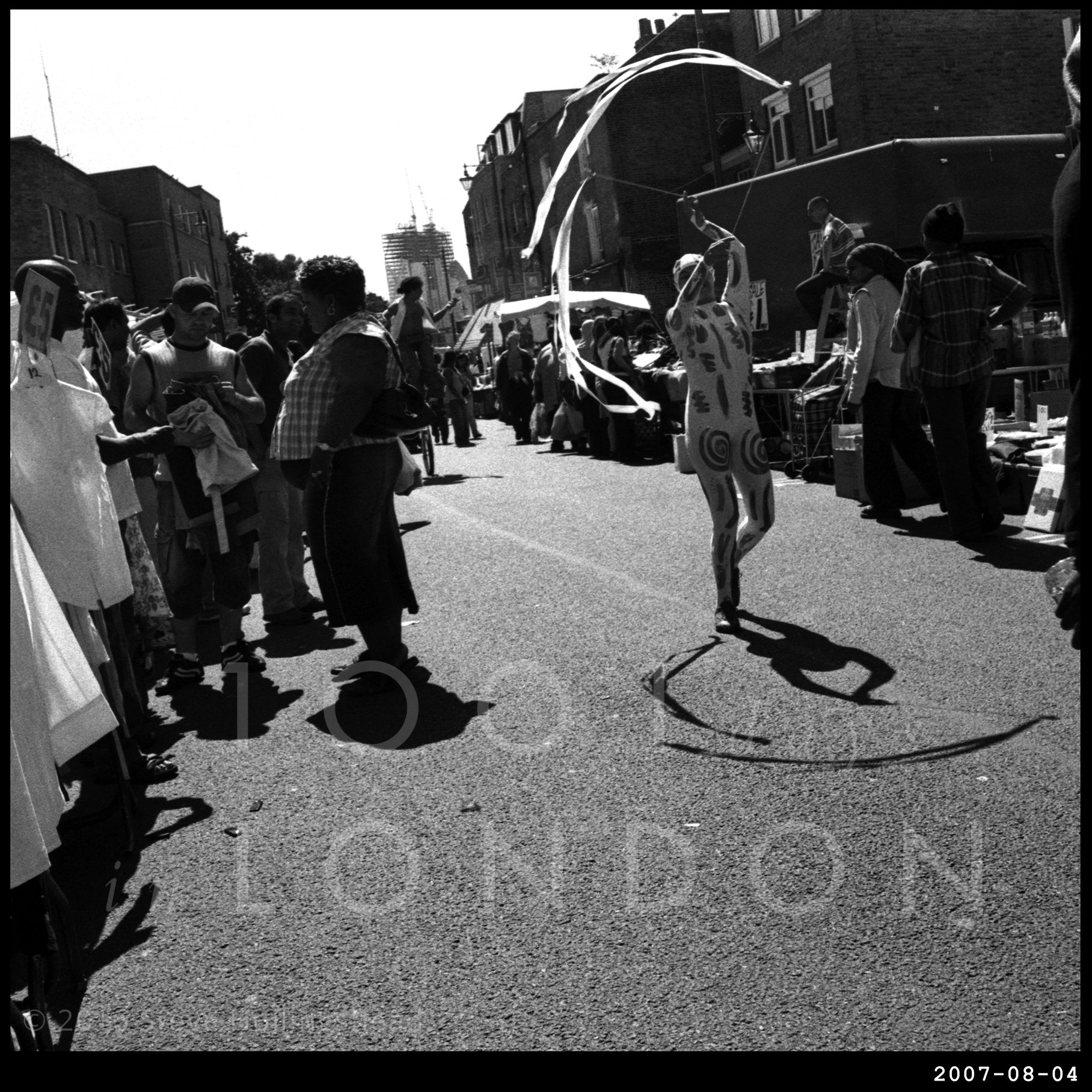 Well, some you win and some you lose… 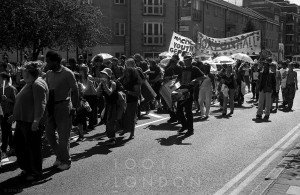 It’s early August & for once the weather is Proper Summer. Shoreditch Festival is opening, as it did last year, with a carnival parade – and there are lots of other events taking place over the next two weeks at various venues. But with Mother in town for her birthday and there’s only time to catch the parade before meeting her for lunch. 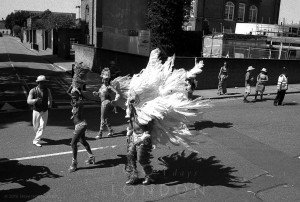 However, for some reason, despite the colour and the noise and the dancing, there’s not exactly a huge amount of interest in this year’s procession [not a unique situation these days, I know] as it wends its way through some Islington/Hackney border backstreets before cutting through Hoxton’s Saturday street market, much to the bemusement of local shoppers, and ending up at Shoreditch Park. Oh well, they seem to be enjoying themselves. 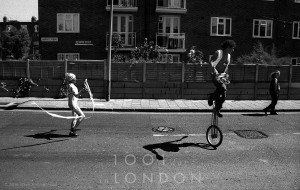 The following day there’s to be a lot of free music in the park – mostly showcasing up and coming young bands – called the 1-2-3-4 Festival, but we’ve got a date with the Latinos, and it probably won’t be all that. 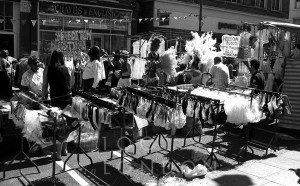 So… it appears the festival proved to be a tad more popular than the parade, and at least one of the bands performing managed to make a go of things eventually. [The 1-2-3-4 festival then took on a life of its own, became hugely popular, stopped being free, carried on for another five years, had a break, and then didn’t quite return in 2016].

We sign off with the main stage comperes Queens of Noize hanging out with their chums not very far from here, unsurprisingly.