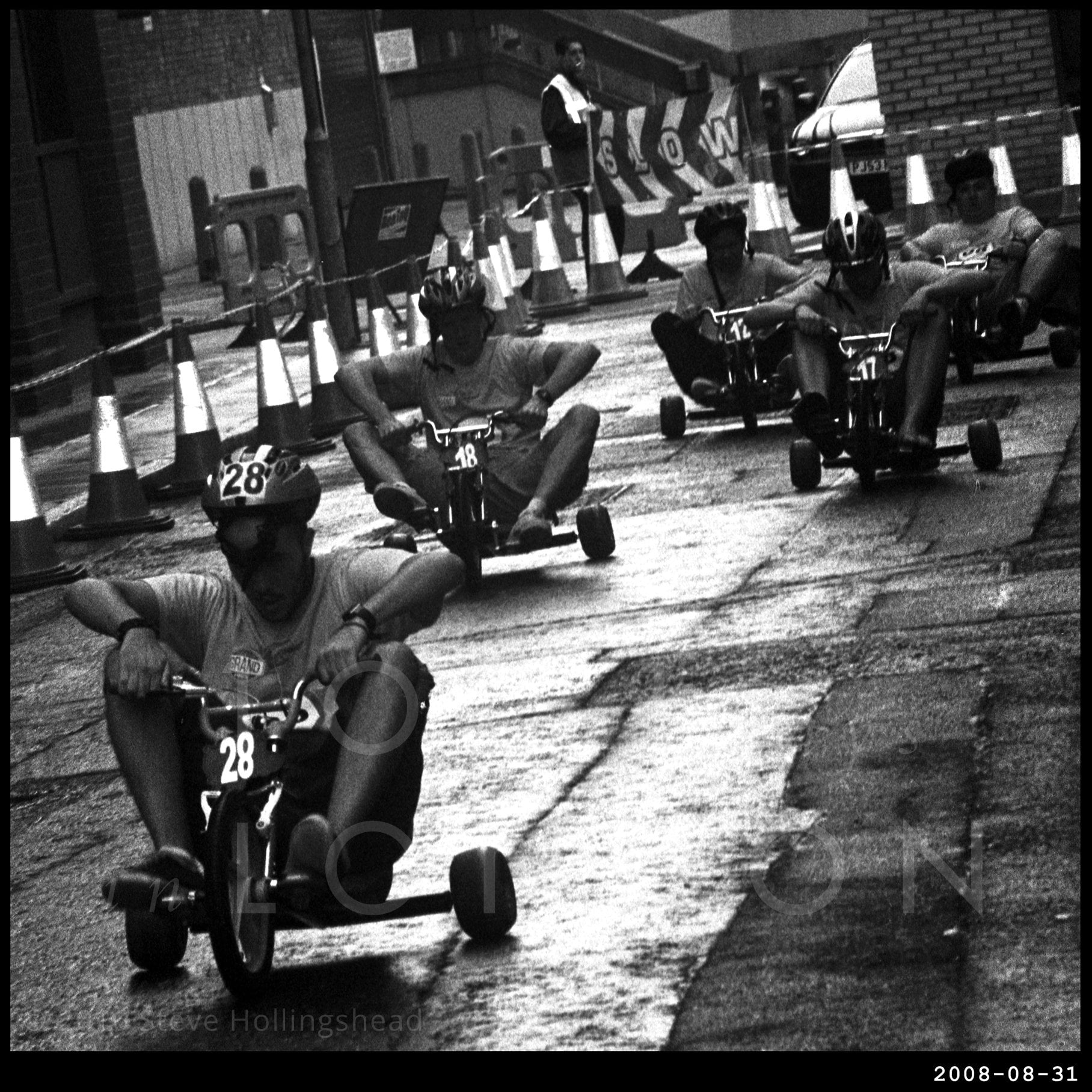 For a while (sometime in the last century) I shared a studio in this street. It was spacious & cheap and there were all of two places to go to for a drink in the evening (the Bricklayers and the Griffin, seeing as you asked). It was especially quiet at weekends. So… not much change there then.

Actually, it was still quiet enough on this particular late summer Sunday afternoon in 2008 for some of the rapidly growing number of creative types to hold the first (and, disappointingly, the last) Shoreditch Tricycle Grand Prix. 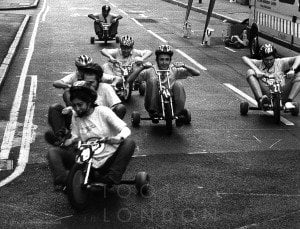 Organised by Thin Martian and UnLtdWorld (there does appear to be quite a few Nathan Barleyesque company names in these parts) this charity race on children’s trikes seemed to be a pretty successful event (if totally knackering for the contestants), so it’s a bit surprising it hasn’t become a regular event.

It’s not as if it it’s such an unusual mode of competitive transport: in parts of the US they’ve been doing it for years; in Italy they’re sensible enough to make it all downhill and in Japan they use dalmatians (obviously). There’s even a race in the classic *cough* comedy Revenge of the Nerds. Which is where we’re heading for our inspirational musical interlude.