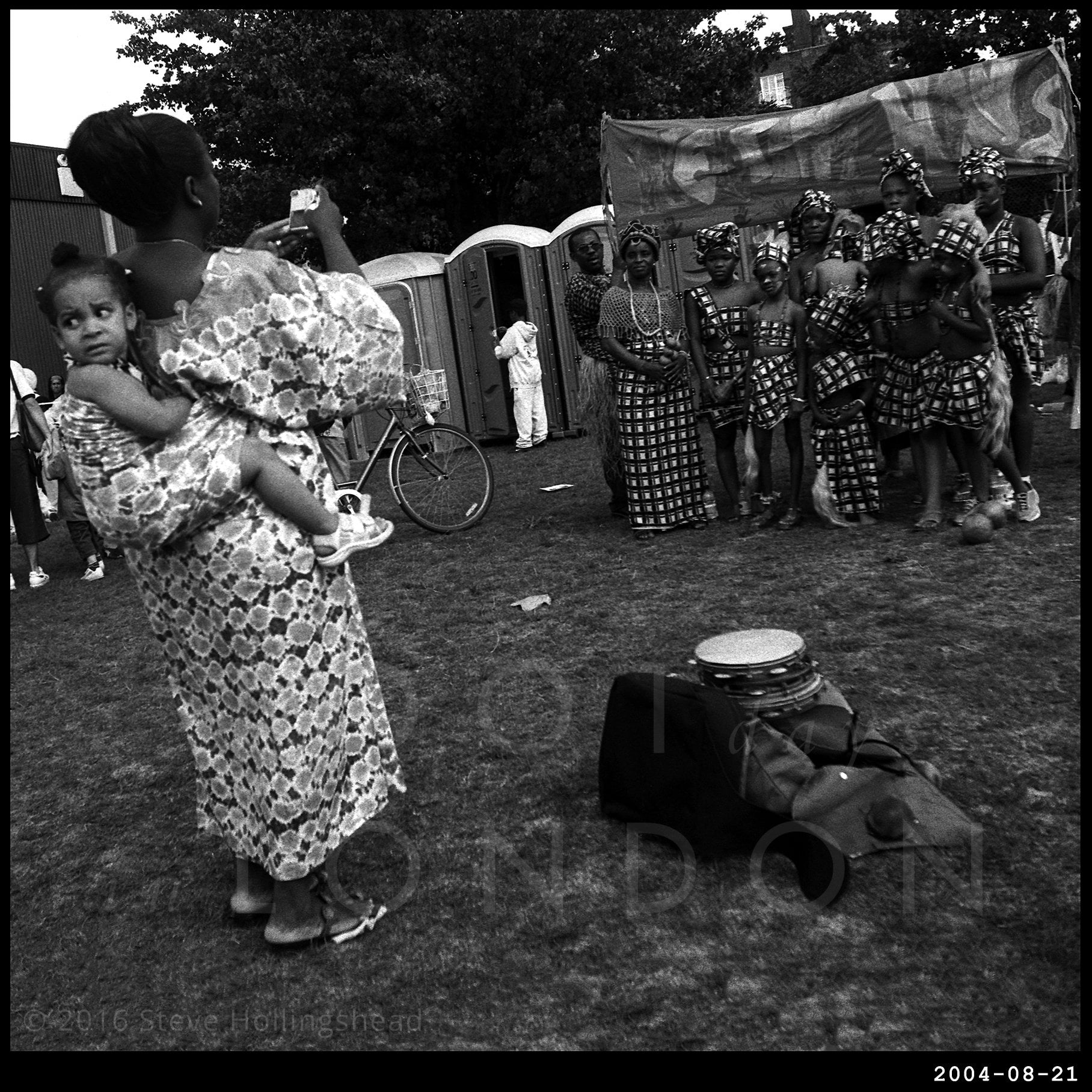 Today we’re in Hoxton. Not this Hoxton, but the Hoxton before all that – I would call it ‘Old Hoxton’ but that appears to have rather different connotations altogether. This is an event for the community who grew up here, rather than the one that just comes here to drink.

Organised annually by the Shoreditch Trust – an award winning charitable regeneration agency providing education and training opportunities for disadvantaged locals (they even run their own restaurant), the 2004 festival is the first to get the community involved with a carnival procession. 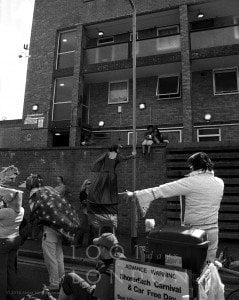 Not a huge number of locals seem to be aware of this when the parade starts on the Islington-Hackney border, but the cunning ruse of taking it all up Hoxton Street and through the busy Saturday afternoon Market – dray horse and all – soon grabs the attention. The procession ends in Shoreditch Park (another one of those green spaces generously instigated by Mr Hitler and his bombs) – previously mentioned in this post, very close to what was once the Gainsborough Film Studios (no guessing what’s there now…) 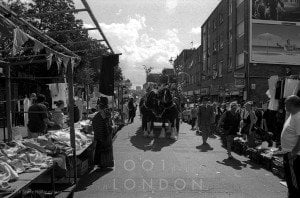 On their way along Hoxton Street, meanwhile, the procession would have passed the historic Hoxton Hall, where many a Music Hall star once trod the boards, but today I’m quite taken with Adam Ant channeling Johnny Depp channeling Ronnie Barker, if you get what I mean…