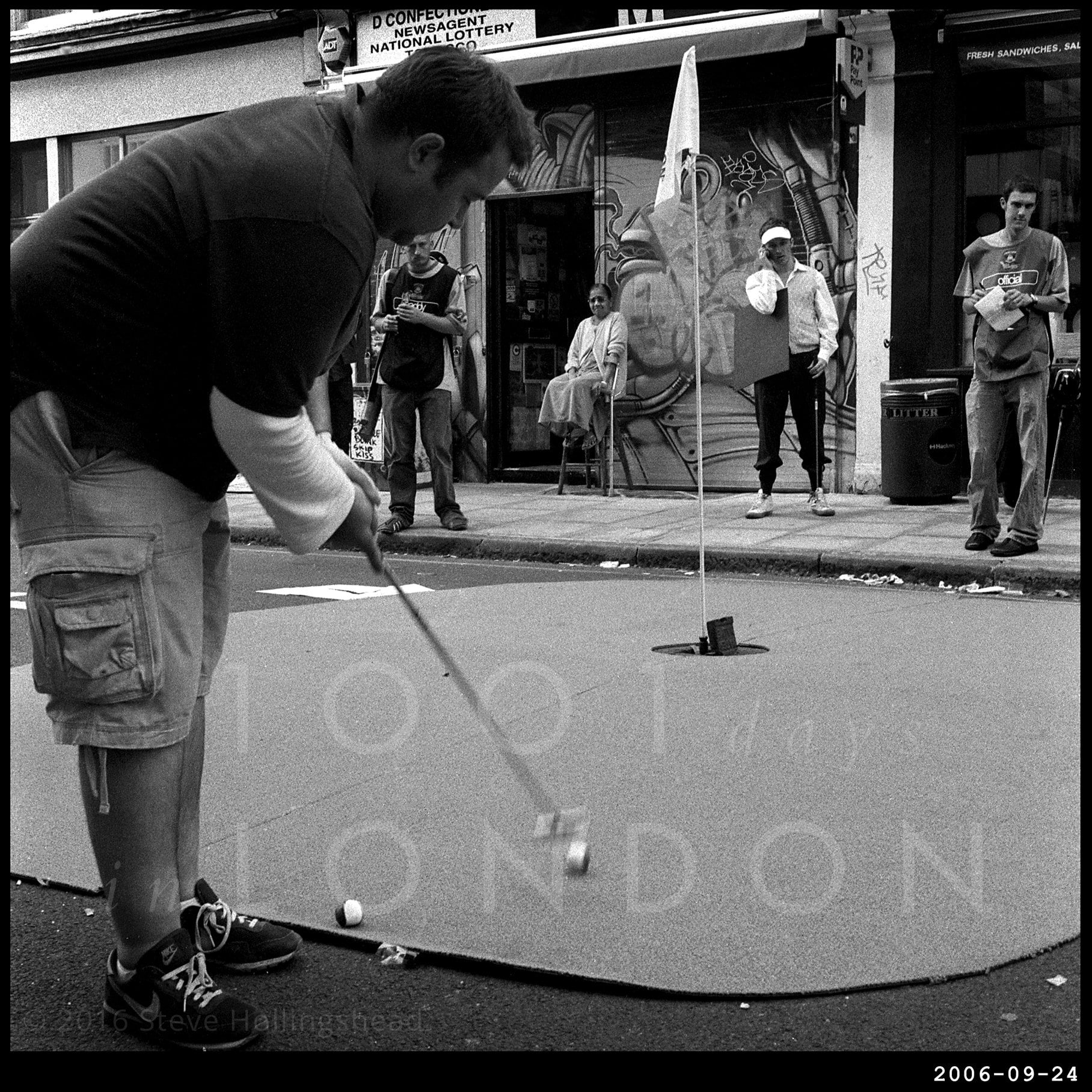 Ah, those heady days when I had the energy and drive to attempt to take in four events in one day [and it appears I wasn’t the only one…]

Starting off at London Bridge, where participants in the Great Gorilla Run were beginning to realize just how warm it gets in those costumes [and we’ll come to that in more detail on another date]. 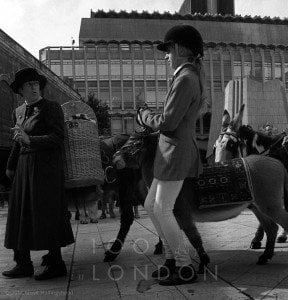 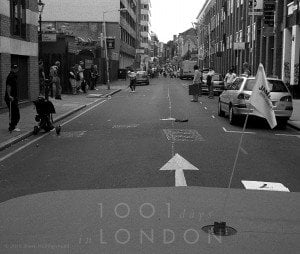 Now, I have to admit to not being a massive enthusiast for golf, being more of a Griffin than a Bond. Still, it looked quite fun on Shoreditch’s quieter back alleyways, and the über-fashionable Leonard Street (even without the much-missed Griffin – that’s the pub, not the cartoon character, by the way). And for music, well it has to be John Denver, doesn’t it? Well, on this occasion it does, anyway. 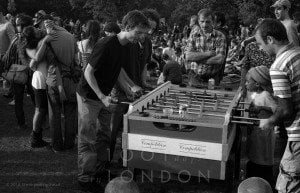 And after that, we trundled north to Clissold Park for the somewhat delayed Stokefest, where some people seem to find watching table football particularly arousing, and sadly an event which became a victim of its own success, outgrowing its licence a few years later.